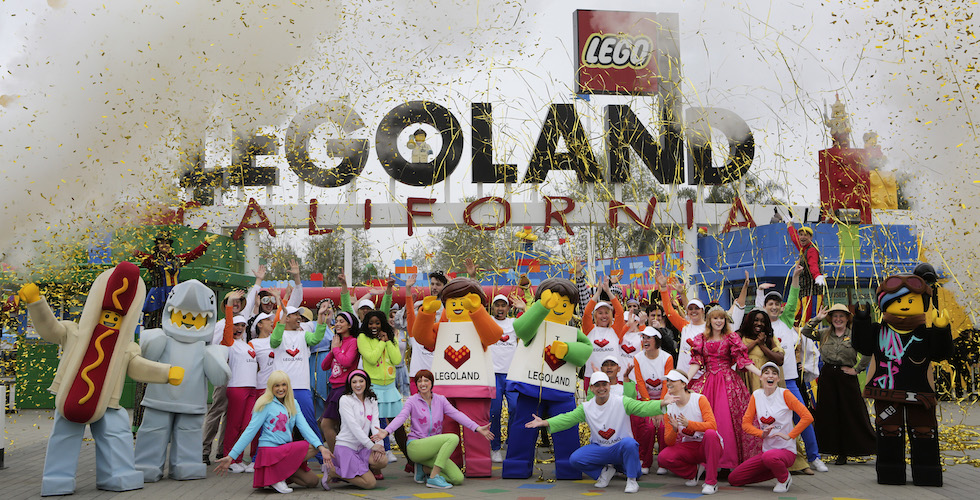 Since it opened its doors in 1999, North America’s first Lego theme park has grown to offer more than 60 rides, shows and attractions, a 10-acre water park, a two-story aquarium, and two interactive Lego-themed hotels. 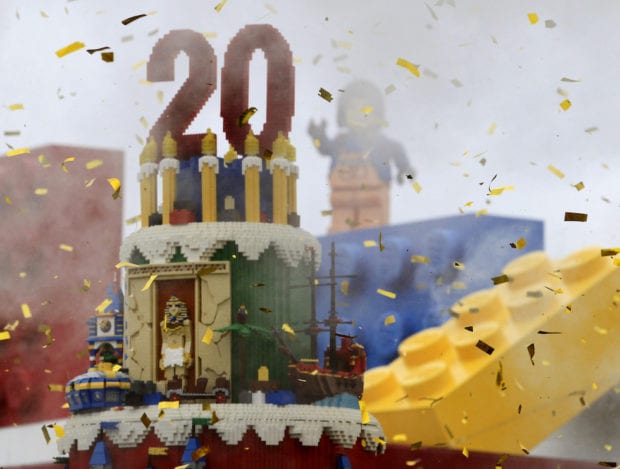 In honor of this special birthday, Legoland California is giving out free child-size Minifigure hands to the first 1,000 kids who enter the park. The giant Lego birthday cake, created with more than 100,000 Lego bricks, will be on display for guests to see. The cake showcases many of the attractions that have been added to the park since its opening – including Lego City Deep Sea Adventure, which is highlighted by a Lego submarine.

Today’s birthday is the kick-off for a year-long celebration that includes a new, interactive Birthday Dance Party, Lego Friends birthday show, special birthday-themed desserts, pop badges and more. The new shows can be seen daily now through Sept. 1. All of the 20th birthday offerings are included with the price of admission. 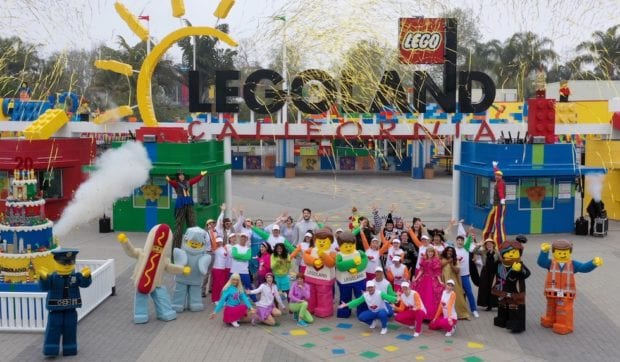 Legoland California resort is also paying the fun forward for its 20th birthday – all kids ages 12 and under get free admission on their birthday all year long!

To learn more about the 20th birthday festivities, visit Legoland.com/California. Check out our video of today’s birthday celebration below:

Stars in the Parks: Rob Thomas