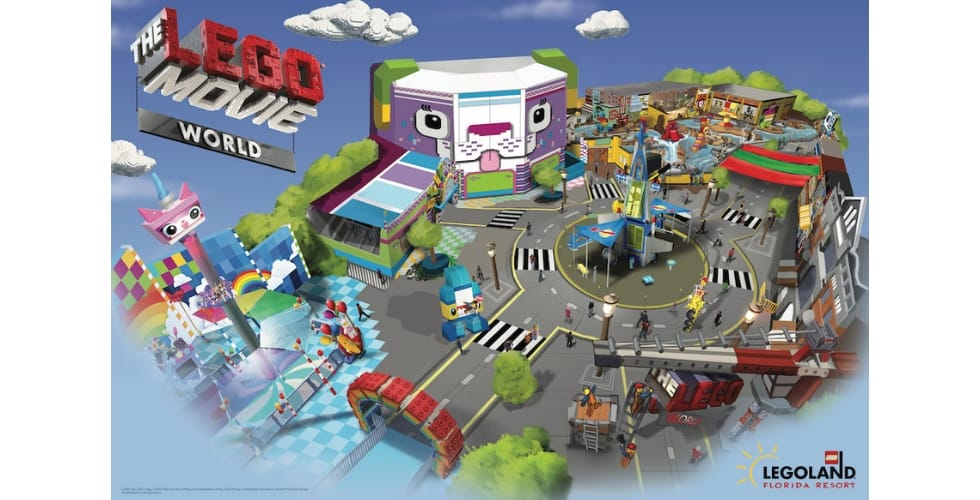 An artist’s rendering of The Lego Movie World, coming to Legoland Florida Resort in 2019.

Guests will be able to walk along the streets of Bricksburg and experience flying aboard a triple-decker couch, ascending the heights of Cloud Cuckoo Land, and fight against a Duplo alien invasion.

On The Lego Movie Masters of Flight, guests will hop aboard Emmet’s Triple-Decker Flying Couch! This flying theater attraction will take guests on an action-packed adventure with this suspended ride and full-dome virtual screen. 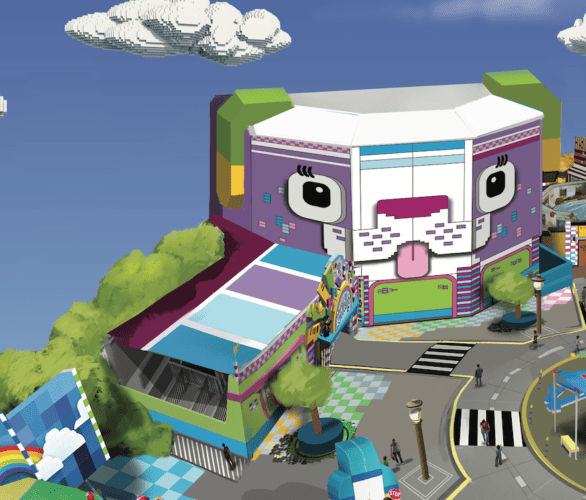 An artist’s rendering of the show building for Masters of Flight.

Guests will see some familiar faces, as well as new ones like Sweet Mayhem, a character from the upcoming film, “The Lego Movie 2: The Second Part.” This experience is also the first attraction at a major theme park in the U.S. that will include a 180-degree turn during the ride. 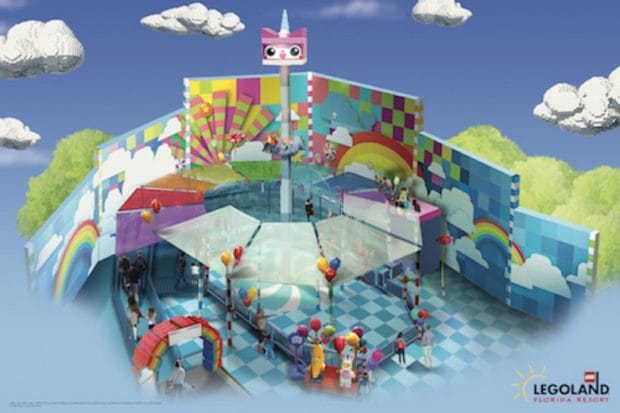 Guests will enter through the rainbow portal for some fun on Unikitty’s Disco Drop. This drop ride will bring guests to the top of Cloud Cuckoo Land before dropping, spinning, and bouncing them back to earth. 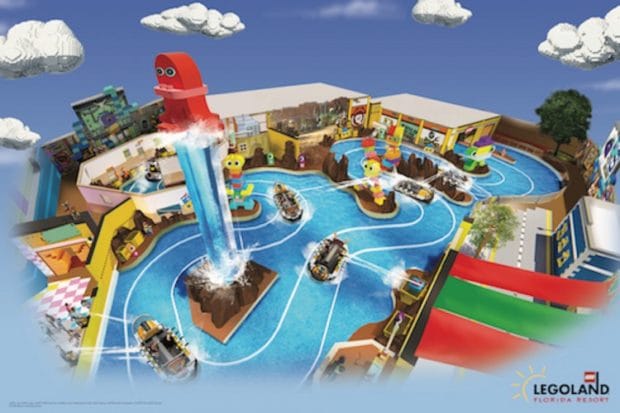 In the Battle of Bricksburg attraction, guests will go up against Duplo aliens that have invaded Bricksburg! Riders will take the challenge against the aliens and stop them from stealing Lego bricks by spraying water at targets.

Guests can finish their day in downtown Bricksburg at the home of Emmet’s Super Suite, a character meet-and-greet location. Here, visitors can hang out with Emmet and his friends inside of his apartment, at the Taco Tuesday Everyday eatery, and The Awesome Shop, filled with plenty of tangible memories to take home. The downtown area will also include a space-themed playground inspired by Benny’s spaceship, as well as other special photo-ops.

The fun doesn’t stop in-park! Guests can experience even more The Lego Movie World fun at the Legoland Hotel with a new The Lego Movie World-themed room. Designed with familiar scenery and characters from the film, this room is packed with recognizable details. Adults can chill out in a room inspired by Emmet’s bedroom, and the kids can dream of adventure in the children’s room that’s modeled after Benny’s spaceship.

Check out our video on Legoland’s IAAPA 2018 presentation on The Lego Movie World’s Masters of Flight, as well as a model reveal for the attraction below: