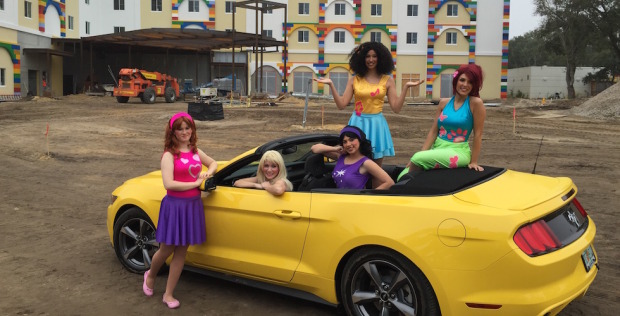 Continuing their expansion into a multi-day resort, Legoland Florida will have a couple of new things for guests later this year. A new Lego Friends area of the park will open this summer and the Legoland Hotel will open this spring. 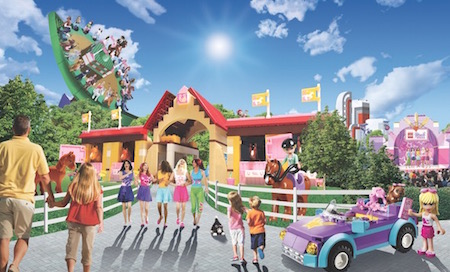 Today’s event at the Resort included a hard hat tour with a behind-the-scenes look at the Hotel. Media and VIP guests were taken to one of the fifth floor suites to experience the spectacular views of Lake Eloise, the theme park with its 50 rides, shows and attractions, and the site of the future expansion, Heartlake City. Be sure to the into the Jan. 22 episode of “Orlando Attractions Magazine – The Show” for the tour and interviews.

“When it opens in summer of 2015, Heartlake City will be a colorful and vibrant new land offering adventures for all ages,” said Jones. “The centerpieces will include a fantastic horse-themed disc coaster called Mia’s Riding Adventure and an interactive show, ‘Friends to the Rescue’ as well as new shops inside Heartlake Mall. Between our constant expansion, the new Legoland Hotel opening in May and the Water Park re-opening in March, Legoland Florida Resort is definitely a multi-day destination.” To book a room, visit LegolandHotel.com.

Here’s a look inside the Legoland California Hotel, which will be very similar to the one in Florida:

Here’s an example of the type of ride that will be coming to Heartlake City: