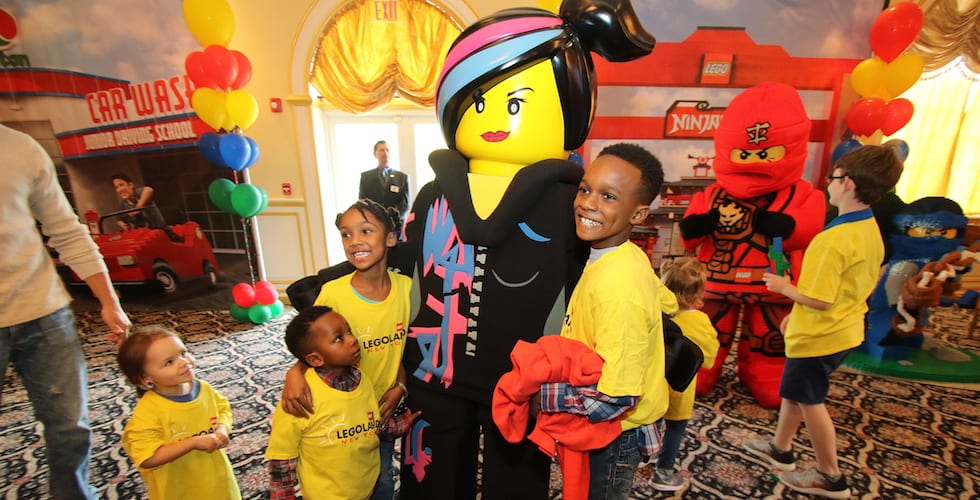 Legoland New York has been officially announced, and set for a 2020 opening.

Nick Varney, the Chief Executive Officer of Merlin Entertainments, officially announced yesterday that Legoland New York is being built, and will open in 2020.

“We have spent a lot of time building relationships in the community, listening and responding to concerns, and we are looking forward to building a theme park that will enhance the community and be a tremendous neighbor,” said Varney. “I am honored to announce that Legoland New York is officially moving forward.”

After over a year of meetings and hearings, as well as a transparent review process by officials, the new park has been given conditional approval by the Town of Goshen Planning Board, which will allow it to officially move ahead with construction.

At the announcement, Varney spoke on the upcoming location of the new Leg0-themed park:

“We are humbled to join the Goshen community,” said Varney. “I can pledge to you that Legoland New York will be a trusted and valued member of this community. I am thrilled that Goshen is the place where we will build our third Legoland Park in the U.S. – the first in the Northeast.”

The new Lego-themed park anticipates to generate $283 million in sales tax and hotel occupancy tax for Orange County over the next 30 years. Goshen would receive about $71 million in revenue from the host community fee that Legoland will pay, as well as a portion of PILOT payments and tax payments.

The new park’s design will be built upon the models of the parks in Florida, California, the United Kingdom, Malaysia, Germany, Denmark, Japan and Dubai. The New York park is set to operate seasonally, from April 1 through Nov. 1.

In addition to the park, a 250-room hotel will be built and operate year-round. The hotel will immerse guests into a creative Lego world that will bring kids’ imaginations to life with themed rooms.

Howard Zemsky, CEO, President and Commissioner of Empire State Development, said, “Legoland New York will further anchor the Mid-Hudson region as a top-notch destination for visitors to New York State and will generate millions in local investment for the Town of Goshen. Legoland New York’s commitment to community partnership – including donating a portion of its revenue to the community, strong educational opportunities and STEAM programming, and workforce training – make this project a win-win for Orange County.”

For more information on Legoland Parks around the world and the upcoming park in New York, visit legoland.com. Watch the announcement video for the newest Legoland Park below: