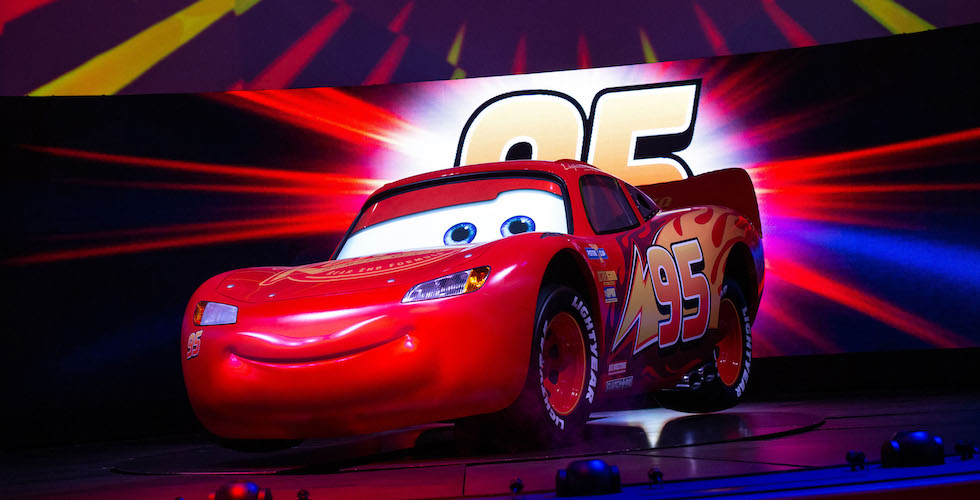 This new show experience will take guests into the world of Pixar’s “Cars” as they become rookie racers and learn the rules of the road from Lightning McQueen himself! 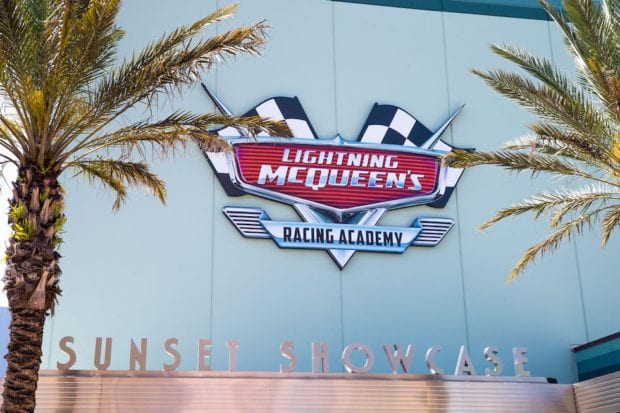 Located next to Rock ’n’ Roller Coaster Starring Aerosmith, guests will enter the Sunset Showcase theater and come face-to-face with Lightning, who appears live on stage. The theater features a 17-foot-tall wrap-around screen that stretches over 200 feet end-to-end. 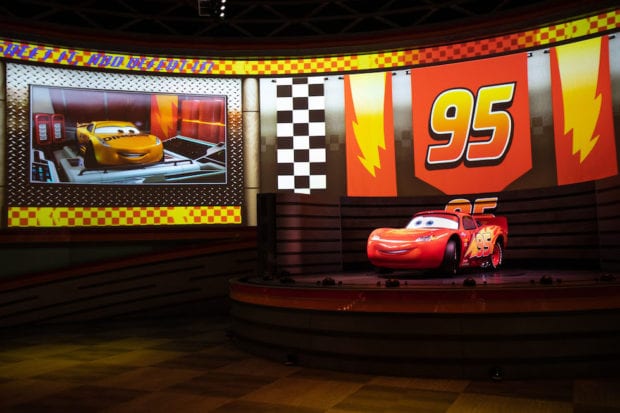 During the 10-minute experience, Lightning will share his racing know-how that he’s learned over the course of his career. But one thing’s for sure, even in racing: things don’t always go as planned. However, Cruz Ramirez, Mater, and other cars from Radiator Springs are on-hand to help the show get back on track.

Once the race is over, guests can continue their experience in the courtyard outside of Lightning McQueen’s Racing Academy, where they can meet and take photos with Cruz, or dance with DJ, the ultimate party on wheels. DJ made the drive from Disney California Adventure to host “DJ’s Ready! Set! Party Time!” dance party featuring “Cars”-inspired music and games.

The debut of Lightning McQueen’s Racing Academy is yet another addition to the overall enhancement of Disney’s Hollywood Studios, which will celebrate its 30th anniversary on May 1.

Check out our video of the full Racing Academy show experience below: