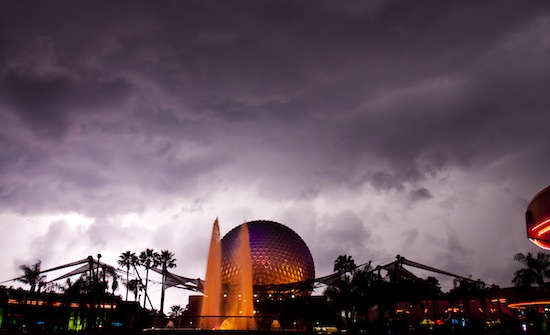 A particularly nasty storm rolled over Orlando last night, bringing with it a lot of lightning. It’s not the kind of show most theme park guests want or expect to see, but it can be spectacular and provide some unique photos.

Photographer Rick Rootsey of Litebox Studio took these photos of the storm hovering over Epcot. He caught some great shots of the lightning hitting behind and seemingly on Spaceship Earth. 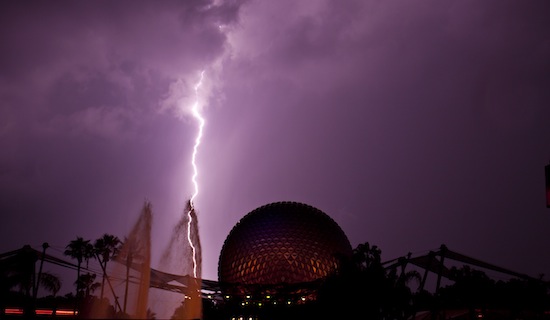 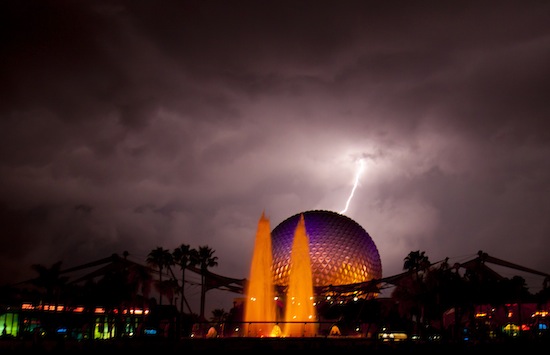 Meanwhile, reader Banks Lee took some HD video of the storm rolling over the Magic Kingdom. Here’s a screen shot of what looks like lightning hitting Space Mountain. Also check out his video below. 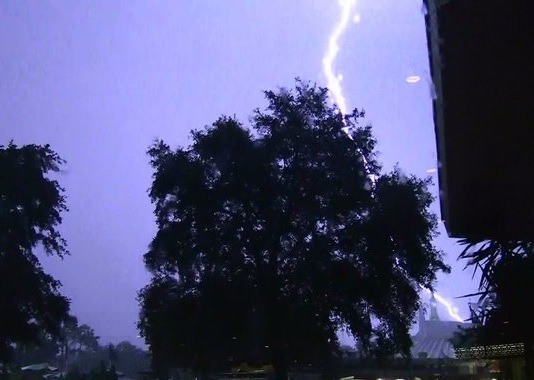 While it may be spectacular to see, lightening storms are very dangerous. I don’t recommend standing in the open to get pictures. Take cover when lightning is near. Florida is known as the lightning capital of the world.

How often do the lightning storms occur in Disney World?

What is the best time of the year to visit Disney World and avoid these storms?

Illuminations was awesome that night. Mother Nature showed she could put on a show of her own.