Out of the Loop: RunDisney adds Star Wars Half Marathon at Disneyland 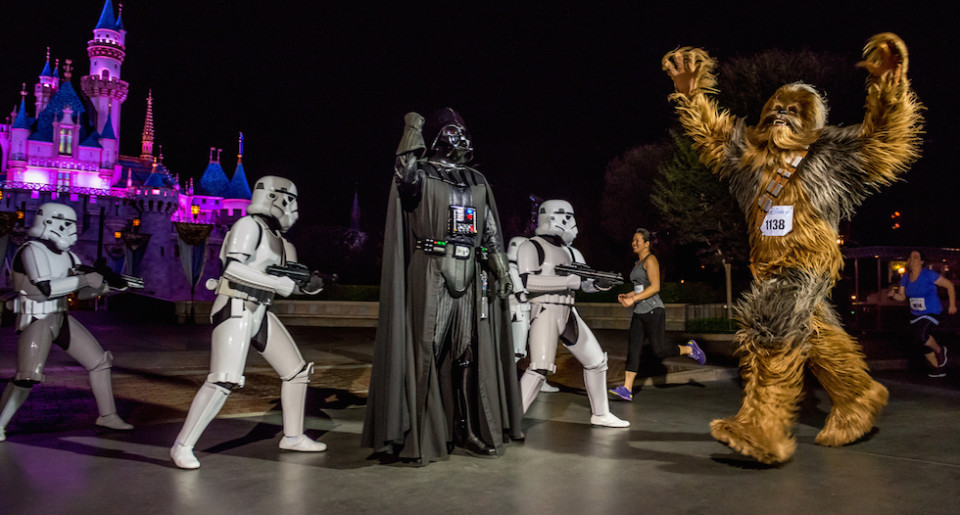 Perhaps no part of the Disney company has been busier than the folks at runDisney. It has grown from a single event, the Disney Marathon, 21 years ago, to its current state with nine weekends each consisting of multiple events of varying distances. Nine years ago runDisney also created a new type of event. In the Goofy Challenge, runners race a half marathon on Saturday followed by a full marathon on Sunday during marathon weekend in Florida. In 2014, they upped the ante by adding the Dopey Challenge. Thousands plunked down over $500 to run events for four consecutive days: 5k, 10k, half marathon, full marathon. There was no shortage of Disney fans willing to do this and the event sold out very quickly. 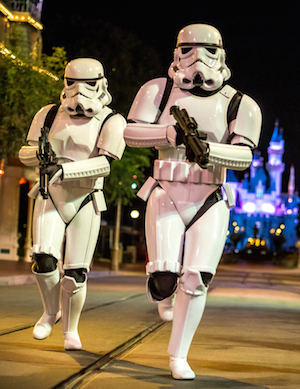 As with other runDisney weekends, the festivities will include races for the entire family from “padawans (Jedi Trainee) to Jedi Masters” over several days. There will be kids races, 5k, 10k, half marathon, and a challenge that includes both the 10k and half marathon. As with other runDisney events, there will be entertainment and characters every mile, but unique to this event will be Star Wars themed entertainment. The presenting sponsor will be the Nevada-based Sierra Nevada Corporation that creates space technologies including perhaps the appropriately named “Dream Chaser” spacecraft capable of human spaceflight. They will have a strong presence at the event too.

How popular are these races? In 2013, I ran the 20th Anniversary of the Disney Marathon. I signed up for my race in August with sales beginning around May of 2012. This spring I signed up the entire family to do events, including my own Goofy Challenge quest for 2015. I have been nervous seeing how these events have been selling. When sales began at noon on opening day of sales, I tried for half an hour before being able to log in and register everyone. Thank goodness I did. Nearly all the events sold out within hours. With the start of the filming of Star Wars episode VII, Star Wars fervor may be as high as it has been in years. The pre-sale of Star Wars Half Marathon weekend took place this past week. A limited amount of pre-sale entries are made available to annual passholders a week before general sales. These sold within three and a half hours. If you are the least bit interested, then get your credit card ready today, June 10 at noon E.S.T. Before that time, I would suggest signing up for a free Active.com account as entries are handled through that web service. This event will sell out well before 24 hours. My final piece of advice is to #LetTheWookieWin.

A look at Downtown Disney's first ever...

Photos and Video from Disney's Princess Half...