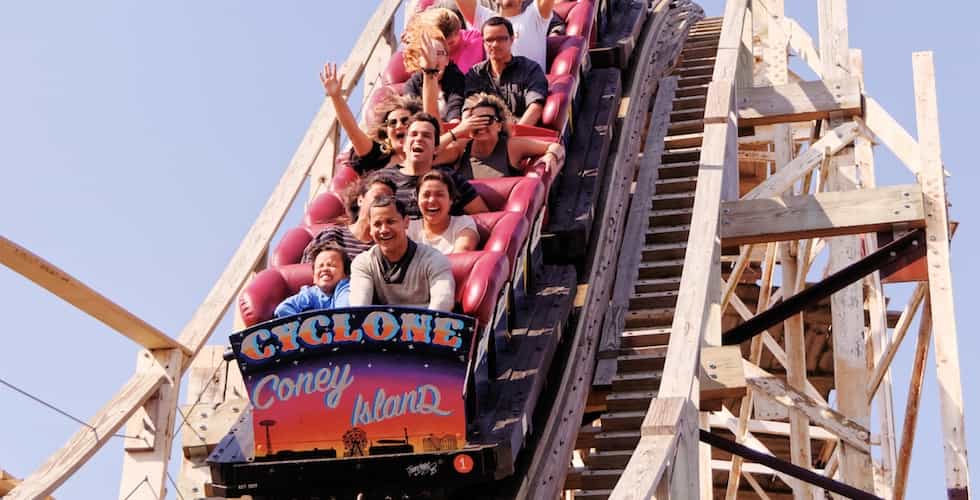 The Coney Island Cyclone at Luna Park will celebrate its 90th birthday this summer.

New York City’s largest amusement park is set to host the biggest block party of the year to celebrate one of its oldest attraction’s birthdays. On Saturday, June 25, Luna Park in Coney Island will celebrate the 90th birthday of The Cyclone in style with live performances, activities and more.

The block party will be headlined by Grammy-nominated platinum recording artist “Fabolous,” joined by Power 105.1’s Angela Yee and DJ Will. Fabolous has helped to create hit singles like “Make Me Better,” “Breathe” and “Into You,” as well as collaborate with some of the biggest names in the rap industry, including Rihanna, Ne-Yo, Jennifer Lopez and Nicki Minaj. Fabolous will host a meet and greet with contest winners after his performance.

Other headliners include The Harlem Globetrotters, as they have also recently celebrated their 90th birthday. The Globetrotters will perform twice, and will take photos and sign autographs for 30 minutes after each performance. This event kicks off at noon on June 25, and is free for all ages.

Luna Park’s block party will also include other activities for the whole family, like giveaways, face painting, photo booths and even a special birthday cake. Several brands will also be at the block party, such as Coney Island Brewery, Pepsi and The New York Cosmos.

Coney Island’s Cyclone attraction was named a New York City Landmark in 1988, and has been on the National Register of Historic Places since 1991. This roller coaster runs on 2,640 feet of track, and features 27 elevation changes and 12 drops, including an 85-foot, 60-degree drop at speeds of up to 60 miles per hour.

Luna Park fully refurbished The Cyclone in 2016, and the historic attraction has taken almost one million guests from around the world on an exciting ride since 1927. The Cyclone has also been featured in many television shows, movies, books, and more.

“The Cyclone is an integral part of the Luna Park experience, and it is also a piece of New York history,” said Valerio Ferrari, the President of Central Amusement International and Zamperla USA. “We look forward to welcoming families, visitors and amusement enthusiasts to celebrate with us as we mark this very special milestone.”

Monday, June 26 will also see another milestone for The Cyclone, as elected officials and local stakeholders will gather in front of the coaster to host a formal birthday ceremony. This will include 90-cent rides on the Cyclone for 90 minutes from noon to 1:30 p.m.

Luna Park is now open seven days a week, and will be open all week throughout the summer. The park is now offering its first-ever All-Day Wristband for 2017, which will allow guests to experience all of Luna Park’s attractions throughout their visit.