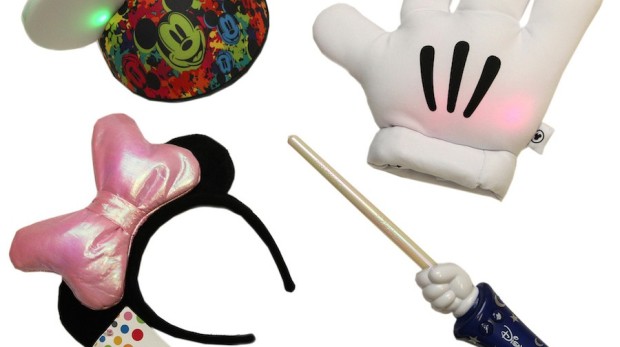 New merchandise will be available soon at Walt Disney World that seem to be “Made With Magic.”

The Glow With The Show name will be changing to Made With Magic, and with the name change, new ways to light up the night will be available to guests.

The current light-up Mickey ears will continue to be available, but in addition there will be new Minnie Mouse-inspired headbands, a Mickey glove that lights up and a magical wand capable of changing the colors of the other Made With Magic merchandise and things in the park. The items will be available for $25 each.

All Made With Magic items will be interactive at certain shows and entertainment around Walt Disney World, changing colors in time with music. See our video of Fantasmic with the Mickey ears below:

Hong Kong Disneyland recently debuted the Disney Paint The Night Parade, and guests are able to use the magic wand to change colors in the parade. No word on if that ability will make its way to Walt Disney World in the future.

Made With Magic will rollout at Walt Disney World over the next couple of months, starting with the Minnie headbands in late October/early November, followed by the glove and wand in late November/early December.

Information from Steven Miller on the Disney Parks Blog.