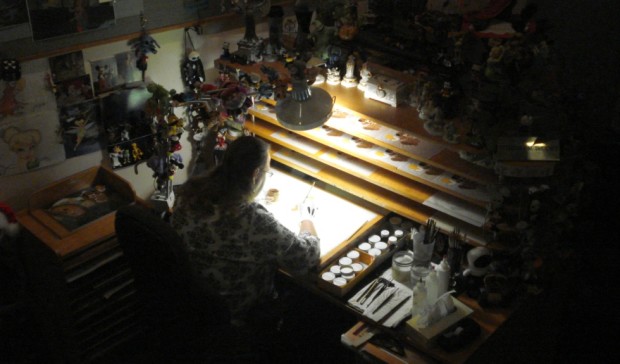 Both DisneyQuest at Downtown Disney and The Magic of Disney Animation at Disney’s Hollywood Studios, and the attractions inside, are set to close.

The Magic of Disney Animation will have its final day of operation soon, July 12, 2015. DisneyQuest fans will have a bit longer for their final visit as it will be closing sometime in 2016. DisneyQuest will be closing to make room for the previously announced NBA Experience. There’s no word yet on what will be replacing the Animation attractions, but Disney tells us work is already underway on a new experience. 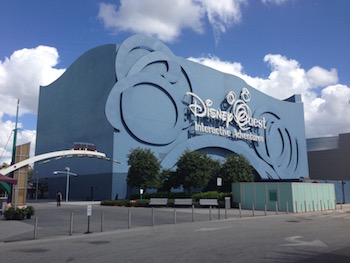 DisneyQuest opened in Downtown Disney’s West Side on June 19, 1998. The five-story building is billed as an “indoor interactive theme park” with many of the latest arcade games as well as classics. When it first opened, many of the signature attractions inside were using the latest technology, such as virtual-reality helmets. Many of those technologies have since become antiquated. Guests pay one fee to enter the building and play all the games.

Originally opening with the park in 1989, The Magic of Disney Animation has had different incarnations during its time, which included tours of a working animation studio, where Disney features like Mulan, Lilo and Stitch and Brother Bear were made.

Currently guests are able to see a short film presentation hosted by Mushu, meet different Disney characters, visit a current movie art gallery, play in the Animation Station and learn how to draw at the Animation Academy.

When The Magic of Disney Animation closes on July 12, the Mickey and Minnie meets will move to new locations. Minnie will join the characters near the stage in front of The Great Movie Ride, and Mickey will temporarily be located by the entrance of the former Backlot Tour attraction near Pixar Place. There’s no word on the future ability to meet Hiro and Baymax from Big Hero 6 or The Incredibles. The Animation Gallery gift shop will remain open for guests until sometime in August.

Here’s an episode of Photo Finds from 2013 with a full tour of DisneyQuest:

Here’s a sample of the video you can purchase of you riding CyberSpace Mountain:

Onboard video of Cyberspace Mountain at DisneyQuest in Walt Disney World

Take a look at the meet and greet for Hiro and Baymax in our video below:

I love drawing a character every time we go. I even have some morning time set aside each trip for time at the animation attraction. Disney Quest we do once in awhile but not every time we are downtown.

Awwwwwwwwww!!!!!! That is so sad! We have great family memories at Disney Quest. I LOVED the pirate game where we went into a room and rode a pirate ship and shot cannons. That was a blast! Best game ever! I am a 57 year old mom.

50 year old mom in total agreement! Best memories with the kids and so much fun…Pirates of the Caribbean interactive game was the best!! Words cannot say how sad I am to see that go, it was a family fun favorite must do when we were there…with our annual passes!

This is horrible news. We have been Premium pass holders for 12 years now and basically live at Disney. The entire place has become about nothing but mass change. Every park and every corner is undergoing changes and we are losing favorites left and right. In the last few years we have lost the Adventurers Club and the Comedy Warehouse (date night favorites), I lot one of the golf courses (The much loved Osprey Ridge) they got rid of the EXCELLENT music acts in Epcot and replaced them with very weird acts. MoRockin’ and Off Kilter were the BEST. I could go on and on. And our pass holder discounts on food and merchandise have steadily reduced as well as one of our favorite things to do, mini golf. That discount almost disappeared. And now these. We LOVE to go see BayMax and the Incredibles. The BaxMax costume is really amazing and fun. And as for DisneyQuest. That has been our rainy or other nasty weather day savior. We must have gone there over 100 times and still love going. I really don’t get Disney decision making over the past few years.

I’m with Shawn ! Up date Quest but don’t close it. And it’s hard for me to go to Epcot now without Off Kilter don’t get me started on Adventures club

The Magic of Disney Animation tour was the reason I went to art school. I was 15 and they were in the process of drawing Aladdin. I finished the tour and went up to the cashier at the gift shop to ask what schools the Disney Animation team came from…I chose Ringling School (now College) of Art & Design off of that list. I am sad that I will not be able to experience this wonderful place with my littles.

Very disappointed we have booked a trip for next February and was looking forward to the fee drawing lessons with my daughters! So sad that we will not be able to do this!!!

very sad disneyquest is closing down why?! the arcades are retro cool! just update virtual reality so its not “antiquated” the pirate ship will ALWAYS be cool! PLEASE DONT CLOSE!!!
Disneyquest is for people of all ages,nba isnt or build nba somewhere else but keep disneyquest!

We buy the cels at the art of Disney. Where will we buy them now? This really stinks.

I opened the Studio in 1989. Retired having worked the Disney Animation attraction for a number of years. Animation is what started Walt on his lifelong career of entertaining people. A shame to close it. I shall miss the animation classes and other exploration areas guests could explore.

Explain to me why an NBA experience will be a hit at Disney Springs….to me this will be a mostly male exhibit. Many of the families will stay away from this for the most part. Hopefully I am wrong, but to me and my family it seems like a big loss and will be replaced by something that we will not go to….