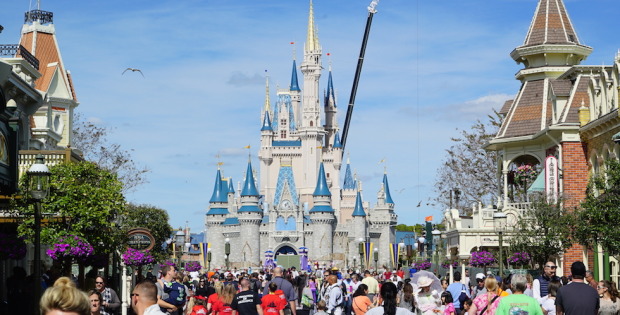 Walt Disney World has raised their theme park ticket prices. The price to visit one day at Magic Kingdom has now reached triple digits at $105. Although prices have gone up across the board, you can get significant savings by booking more than one day at a time.

The one-day ticket price for Disney’s Animal Kingdom, Disney’s Hollywood Studios or Epcot went from $94 to $97. But the more days you buy, the cheaper your savings, although multi-day ticket prices went up too. If you’d like to visit more than one Disney World park per day, the Park Hopper prices range from $50 to $64. All tickets must be used within 14 days of purchase.

Disney offers some discounts to Florida Residents, Disney Vacation Club Members and Military Personnel. They also offer various discounts at different times of the year to everyone. Florida residents can also purchase a weekday only annual pass (with blackout dates) for $225, or a Epcot after 4 p.m. annual pass for $199.

Disney posted this message about their ticket prices to their cast members: “A day at a Disney Park is unlike any other in the world, and there is strong demand for our attractions and entertainment. We continually add new experiences, and many of our guests select multiday tickets or annual passes, which provide a great value and additional savings”

There’s no word yet on the other Orlando theme parks raising their prices, but it is expected. In the past, around the same time Disney has adjusted their prices, Universal Orlando and SeaWorld parks have also raised theirs.

For the full list of Disney’s ticket price options, visit disneyworld.com/tickets. While supplies last, some official ticket sellers such as undercovertourist.com, are selling tickets with the old prices.