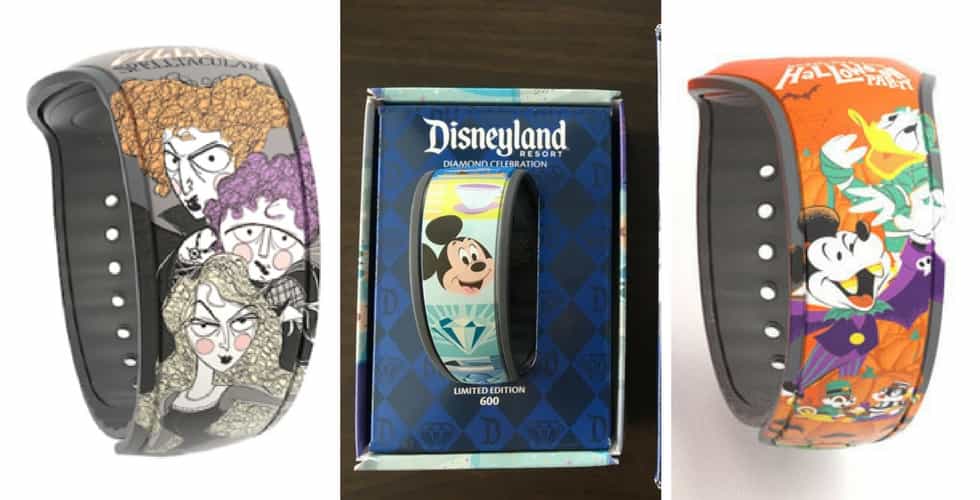 This month’s MagicBand Release Recap is filled with exclusives and rare collectible bands.

Welcome to another MagicBand Release Recap. It’s been a very interesting month with MagicBand related news, specifically around the Hocus Pocus Villains Spectacular release that was supposed to happen, but never did, as well as a Disneyland-themed MagicBand that was uncovered. There were also a number of new and interesting bands announced as well, including a Disney College Program band.

The most interesting news this month revolves around the Hocus Pocus Villains Spectacular Limited Release MagicBand that was supposed to be released at the first Mickey’s Not So Scary Halloween Party on Aug. 25, but never was.
Rumor has it that this band, and all of the Hocus Pocus merchandise, was pulled from the shelves due to a copyright or legal issue related to the artwork used on the items. The Disney Parks Blog even updated their merchandise preview post to remove any mention of the Hocus Pocus merch. The artwork used by Disney on these products was very similar to artwork created by Alexander Henry, so that may have been part of the issue.
Interestingly enough though, a few of the MagicBands did get sold to the public by accident a few days before the first Halloween party, as a gift shop in Magic Kingdom mistakenly put them out for sale early during normal business hours. A handful of people did get this band, which is now considered to be ultra rare. If you were able to get one, congrats! If not, then unfortunately this band may never see the light of day again. 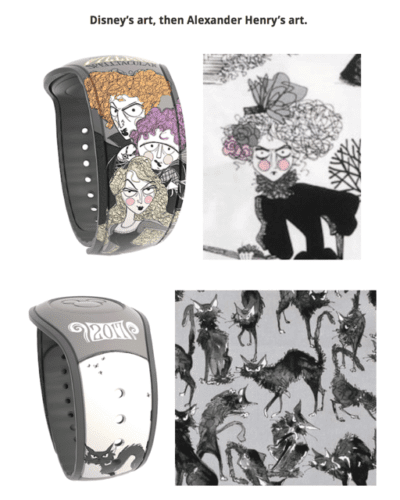 The Hocus Pocus Villain Spelltacular MagicBand that was pulled from shelves at the last minute, compared to the work of artist Alexander Henry.

Another piece of news that would have normally stolen the spotlight for the month involves another cancelled MagicBand, this time with images of Disneyland on it.
A Limited Edition MagicBand was created for Disneyland’s 60th Diamond Anniversary a while back, and it was to be sold at Disneyland (yes, you read that correctly) for use only in Walt Disney World. The band was limited to 600 and would have been priced at the normal $32.99. This MagicBand had a special box and was fully created and ready to go, and at the last minute, Disney cancelled the sale and destroyed (almost) all of the MagicBands.
Rumor is it would have been way too confusing for guests in Disneyland to purchase a MagicBand, wondering why it didn’t work in Disneyland and was only for Walt Disney World. One band did leak out somehow before the rest were destroyed, and boy is it a beauty. It’s now considered one of the rarest MagicBands created. 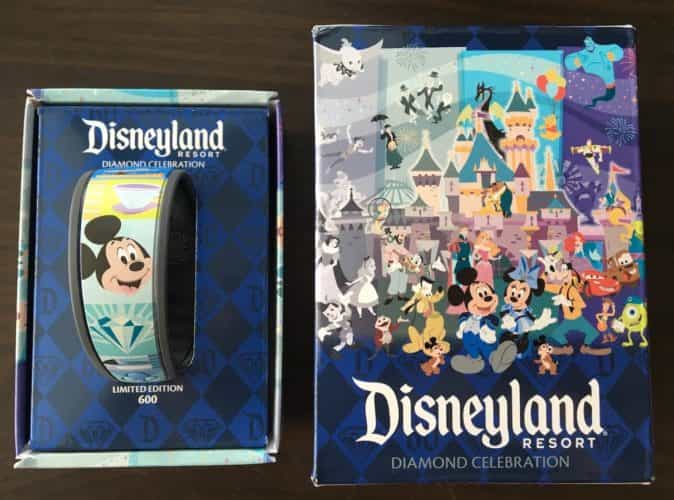 The Disneyland 60th Diamond Celebration MagicBand, one of the rarest bands to collect.

Since I’m on the topic of rare MagicBands this month, another interesting item has appeared, and this one is was an internal gift given to Disney board members this past June.
It was given to celebrate and commemorate the opening of Pandora: The World of Avatar. Officially, it’s called the “Board of Directors 2017” band, and although looking at the picture, it appears to be the same as the Limited Edition Pandora MagicBand that came out a few weeks back, there are some interesting differences.
First, the box glows in the dark, which is a first for a MagicBand. Second, the band came with a different colored icon (puck) than the strap color, which is also a first. Lastly, there is some additional writing on the band and box itself which show that it was for The Walt Disney Company employees. Take a look. 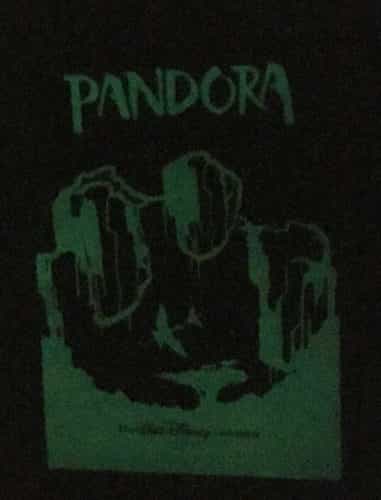 The glow-in-the-dark aspect of the commemorative MagicBand. 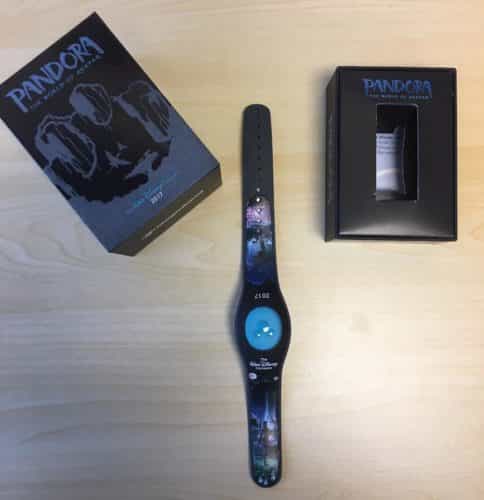 The commemorative Pandora MagicBand given internally to Disney board members.

As I mentioned earlier in the article, there were some special merchandise for the Mickey’s Not So Scary Halloween Party for 2017, and a new themed MagicBand (besides the Hocus Pocus band) is one of the special items released for party guests.
This year’s Limited Edition 4,000 design features some new and interesting features. The box itself smells like chocolate and the band glows in the dark! How cool is that? Because this band is Limited Edition, it will create some special effects at the Magic Kingdom touch points. Check out magicbandcollectors.com to see what those effects are. The band costs $32.99 and is only available at the Mickey’s Not So Scary Halloween Party. Get it while you can! 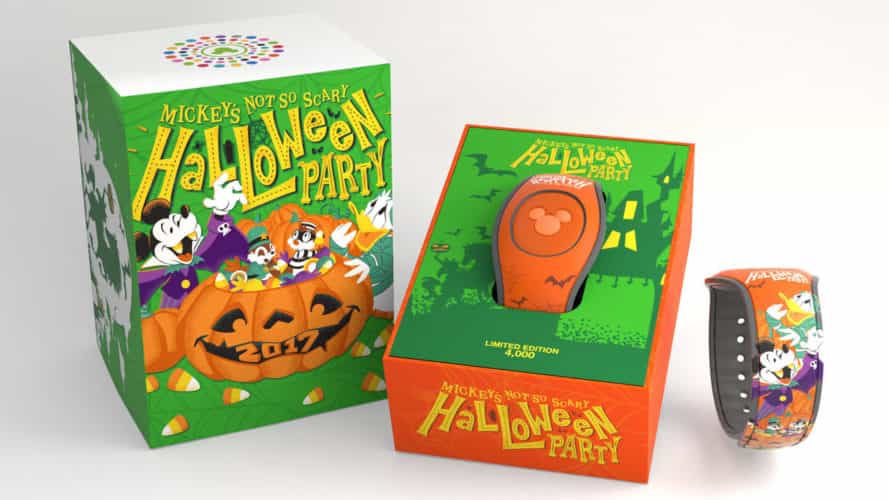 The official Mickey’s Not-So-Scary Halloween Party MagicBand for this year. 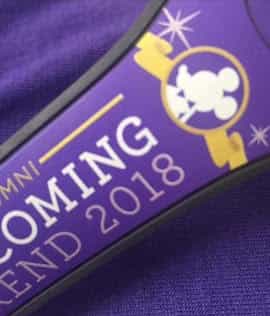 A preview of the DCP Homecoming 2018 MagicBand.

For Open Edition bands this month, there were two releases, one for Bambi’s 75th anniversary and the other a Halloween design. These are available today in the parks or online and cost $22.99. 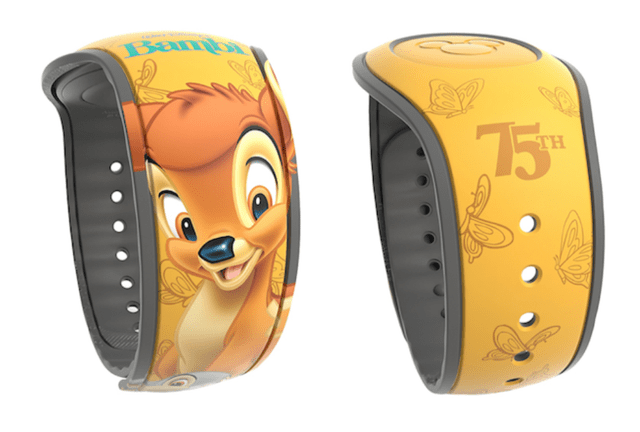 The 75th Anniversary of Bambi MagicBand.

And finally for this month’s news, there was a new band released on Disney Cruise Lines for the Oceaneers Kids Clubs.
The bands on the ships let kids come in and out of the clubs freely and are mainly just used onboard. The new design for 2017 is on a red band and features Captain Mickey with a cruise ship. Kids can take the bands home if they wish for a charge of around $10 to $12. The great thing is that they’ve switched these to MagicBand 2 style, so the inner icon (puck) can be swapped out, and kids can use the Disney Cruise Line straps at Walt Disney World now.

Well that is it for August! Next month is already starting to get packed with news, including some Force Friday II releases, as well as the potential for some major new Open Edition bands that will excite pretty much everyone. See you then!
• Ethan C. Allen owns and runs MagicBandCollectors.com, a hobby site dedicated to the collectability and technology behind Disney’s MagicBands and MyMagic+. A software developer originally from Seattle, he now lives right behind the Magic Kingdom with his wife and two kids. Ethan is also the CEO and owner of Sort It Apps, a mobile app business dedicated to helping people manage and value their collectables and collections. In his free time he also enjoys baseball and beaches.
Email
Share
Pin
Tweet
Share69
69 Shares
0 comment
0
FacebookTwitterPinterestWhatsappEmail
previous post

Disney has officially banned another type of...

Discover the stories behind the rides with...

Win a five-night stay in an Orlando-area...