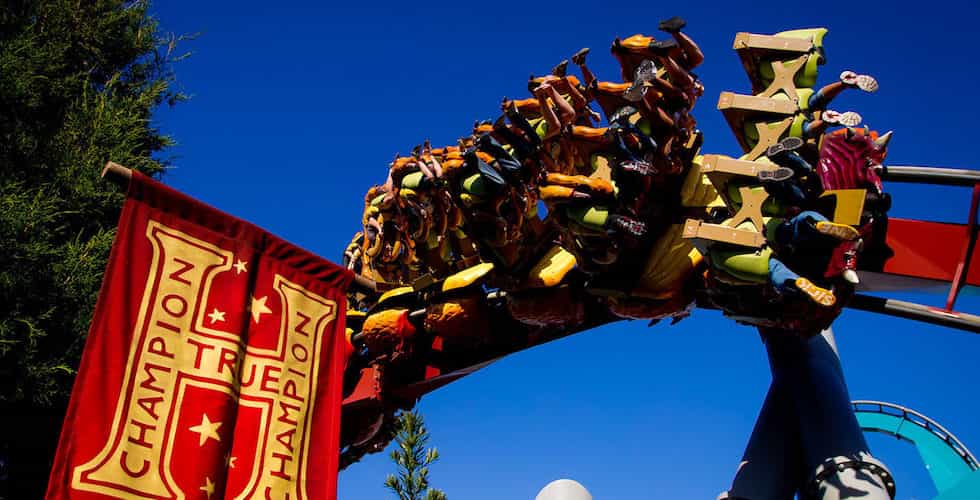 On Sept. 4, guests competed in the Dragon Challenge for the last time at Universal’s Islands of Adventure.

On Sept. 4, 2017, the Dragon Challenge intertwined coasters in The Wizarding World of Harry Potter at Universal’s Islands of Adventure took its last flight. The coaster has closed for good, making way for what Universal calls “one of the most highly-themed coaster experiences we’ve created.”

Dragon Challenge opened as an original attraction in The Lost Continent back when Islands of Adventure opened in 1999, and was the only inverted dueling roller coaster in the world at that time. The coaster was themed to two dragons of fire and ice dueling it out with guests aboard them.

The coaster vehicles were dispatched at the same time during the ride, giving guests three close encounters with the other coaster vehicle along the track.

In 2010, the attraction was closed for refurbishment, and reemerged as Dragon Challenge, and part of the Hogsmeade section of The Wizarding World of Harry Potter. The dragons were renamed to the Chinese Fireball and the Hungarian Horntail. The coasters stopped dueling in 2011.

On July 24, 2017, Universal Orlando announced that Dragon Challenge would be closing to bring an all-new themed roller coaster to the Wizarding World. No specific details have been released, but it is anticipated to be one of the most unique and themed family coasters that Universal has opened to date. The new coaster is expected to open in 2019. 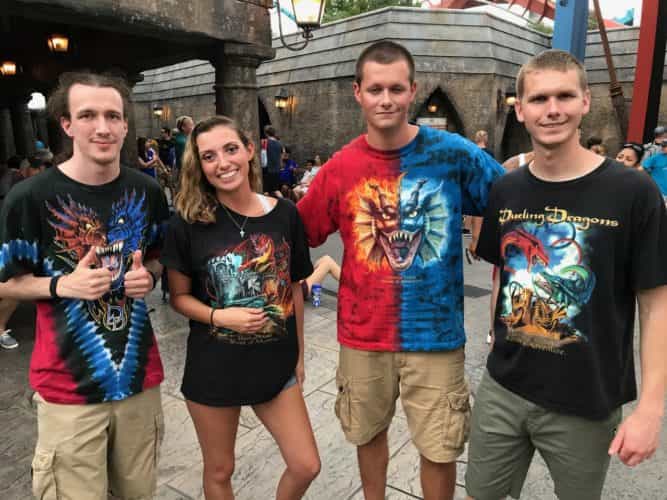 Fans came out in their classic Dueling Dragons gear to say goodbye to this opening day attraction.

Fans came out in droves to take their chance at the Dragon Challenge of the Triwizard Tournament on the coaster’s final operating day, driving the wait times higher than 30 minutes. The coaster, on a normal day at Islands of Adventure, would be a walk-on attraction with re-rides almost always available.

Dragon Challenge closed 45 minutes sooner than planned due to inclement weather. Fans who waited in the queue, along with some team members, finally got their last ride around 8 p.m., even though the park and ride closed at 7.

Check out our videos of Dragon Challenge’s final operating day, as well as a queue tour and other videos on the classic attraction below:

Celebrate the magic of Christmas at Disneyland...

MagicBand+ at Disneyland will debut this fall,...