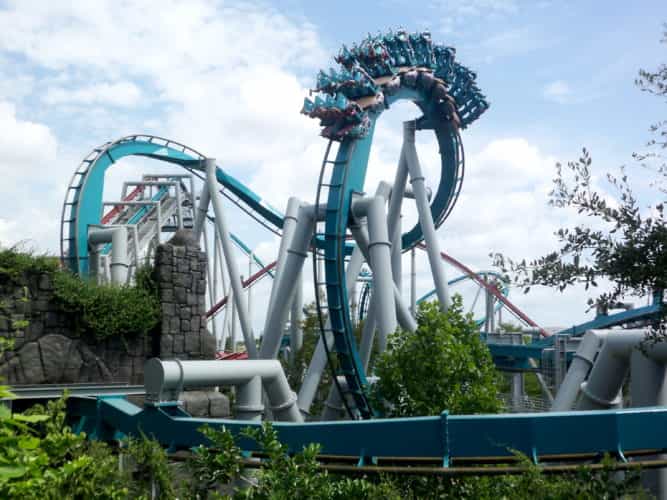 Dragon Challenge at Islands of Adventure is closing forever to make way for a new Harry Potter coaster.

Insiders have speculated about the closure of Dragon Challenge at Islands of Adventure for years, and now Universal Orlando made it official: the twin looping coasters at the Wizarding World of Harry Potter will run for the final time on September 4, before being replaced by an all new highly-themed Harry Potter coaster in 2019.

In a statement on the official Universal Orlando blog, Kristen Clark announced that “a new generation of thrill ride is coming to The Wizarding World of Harry Potter – Hogsmeade at Universal’s Islands of Adventure in 2019.”

Details on the new attraction are scarce, but she was able to share that:
• This all-new thrill ride will take you deeper into J.K. Rowling’s Wizarding World, where you will encounter some of your “favorite characters and creatures.”
• The ride will be “unlike anything we’ve ever done before” and it will accessible to “the entire family,” which implies a lower height restriction than the ride it replaces
• The new attraction will be “one of the most highly-themed coaster experiences” Universal has created, and will “combine a new level of storytelling with an action-packed adventure…and a few surprises along the way.”
• The award-winning Universal Creative team is once again collaborating with Warner Bros. and the production design team from the Harry Potter films on the new coaster attraction.
• This ride “is going to redefine the category”and be “the perfect addition to Hogsmeade.”

Current internet speculation about what the Dragon Challenge replacement might be center around three contenders:
• A launched motorbike coaster with sidecar resembling Hagrid’s vehicle, similar this one from Intamin at Dreamworld Australia.

• The powered inverted coaster from MACK, used in Europa Park’s Arthur and the Invisibles ride, and How to Train Your Dragon at Motiongate Dubai.

• The SFX coaster by Dynamic, which is being used in an upcoming attraction at Ferrari World Abu Dhabi. 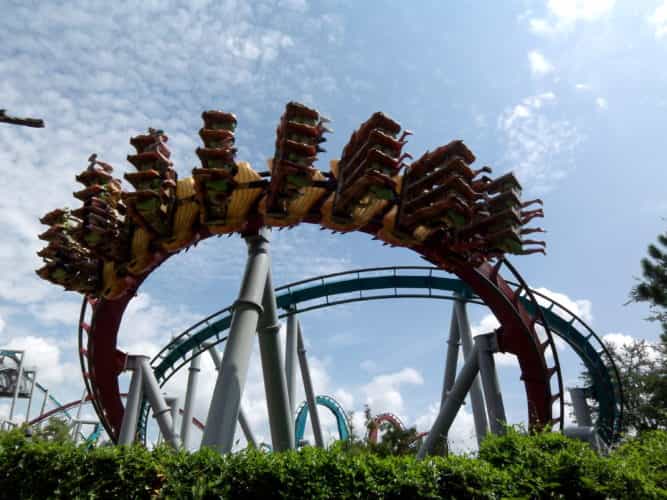 Dragon Challenge will be permanently closed starting on September 5 to make way for the new ride, so get your last flights with the Hungarian Horntail and Chinese Fireball on or before Monday, September 4. If you can’t make it to Orlando before then, relive the ride with this POV video:

An early look at the full Wizarding...