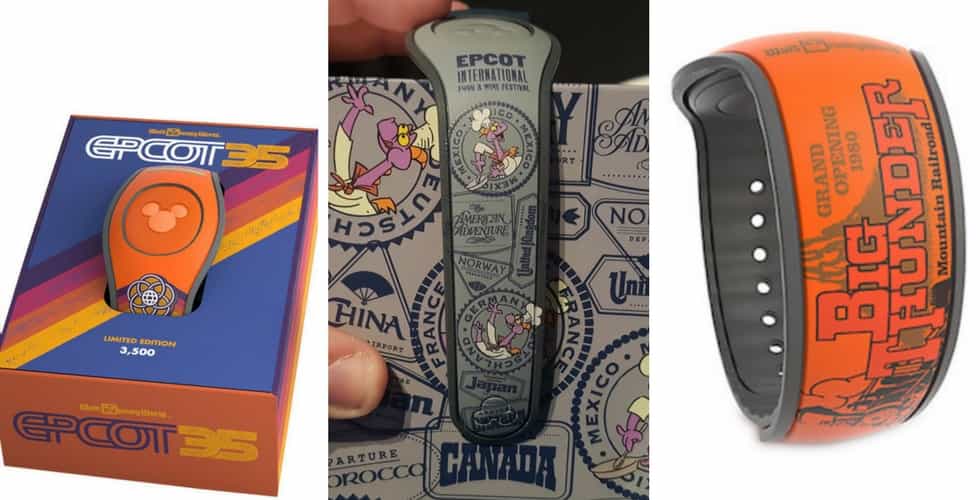 The MagicBand Release Recap for the month of July 2017 is here, and there have been a number of exciting new releases and announcements this month, including a new Dooney & Bourke band, as well as another release in the Magic Kingdom 45th Anniversary line. Let’s jump right into it.

To start off the Limited Edition (LE) MagicBands this month, we have another Pandora related band called “Explore Pandora: Valley of Mo’ara”. This one is limited to 5,000 and uses a nice teal and yellow color scheme that really pops. This is now the fourth Limited Edition MagicBand for Pandora: The World of Avatar at Disney’s Animal Kingdom, and the sixth band total themed for the new land. These really must be selling well for them to be coming out with so many so quickly. The price is $32.99, and since there are 5,000, they should be around for a while longer than previous Pandora bands. This band does make special effects at touch points of a Viper Wolf growl with yellow and blue lights. 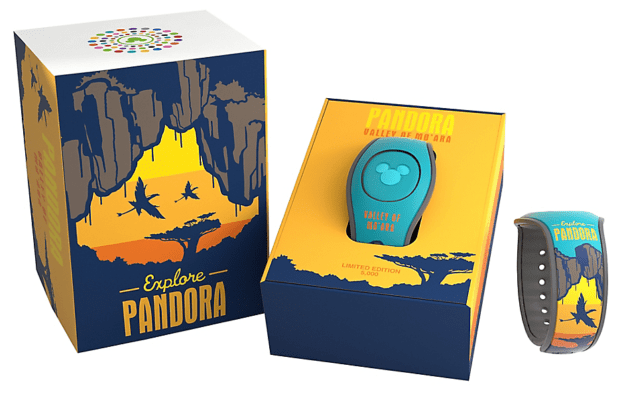 The next LE band released this month was a new Magic Kingdom 45th Anniversary band celebrating the railroad. Now the sixth band in the MK45 lineup, this black MagicBand with black outlined box is also the sixth color to be used for the set. So the question becomes, will there be pink, orange, teal and white bands to come in this theme before the end of the year? This is limited to 2,500 like previous MK45 bands and costs $32.99. I do not know yet what the special effects are for this band, if there are any. Fair warning: these will probably sell out fast. 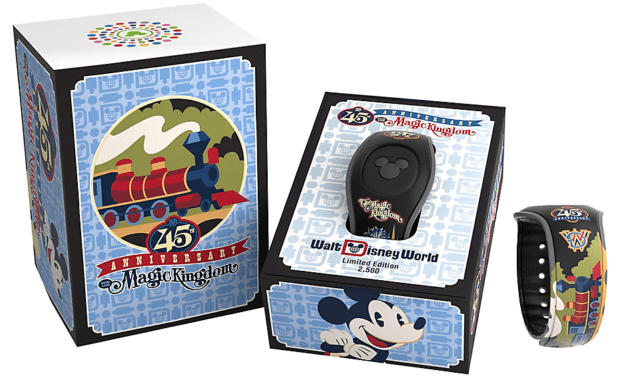 There is one more Limited Edition band that was announced this month but won’t be out until late September, and that is the Epcot 35th Anniversary retro themed MagicBand. This will be limited to 3,500 total and priced at $32.99. Watch for it to appear for sale in the next 60 days with additional details to come. 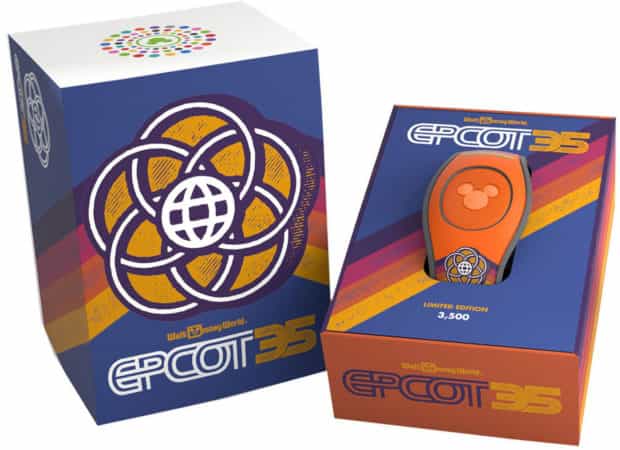 Dooney & Bourke fans will be happy to see two new MagicBands announced to go along with their matching handbags. The first one, available for sale now, is a Haunted Mansion Madame Leota themed band for $48. It is Limited Release (not Limited Edition) so don’t expect any special effects at touch points with these, but they come in an awesome fold-out magnetic clipping box, and have a really nice design. Per usual, this band also include a Dooney & Bourke MagicSlider. You can find these in the Shop Disney Parks mobile app today as well as in the theme parks.

The other Dooney & Bourke band coming this late August is a Figment theme Epcot Food & Wine Festival patterned band. I am told it’s a Limited Edition band, which means special effects at FastPass and entry touch points are a possibility with this, though I am not sure how many are being produced. In 2016 there was no Food & Wine Festival MagicBand, so I’m glad to see this one for 2017. I’ll know more details on this sometime in August. 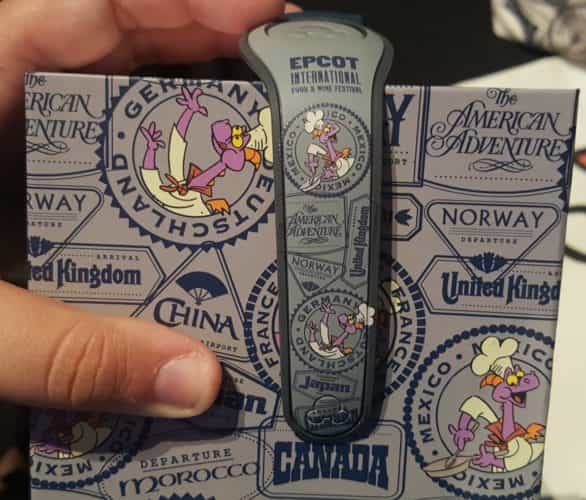 For lovers of the YesterEars themed line of T-shirts on DisneyStore.com, there was a new Limited Release MagicBand to match a retro Opening Day shirt for the Big Thunder Mountain attraction. This band was only available for one week, so unfortunately your time is up to purchase this other than eBay. The price was $27.99. I hope Disney continues to make MagicBands for the YesterEars line, as I find them to be quite unique and collectable. 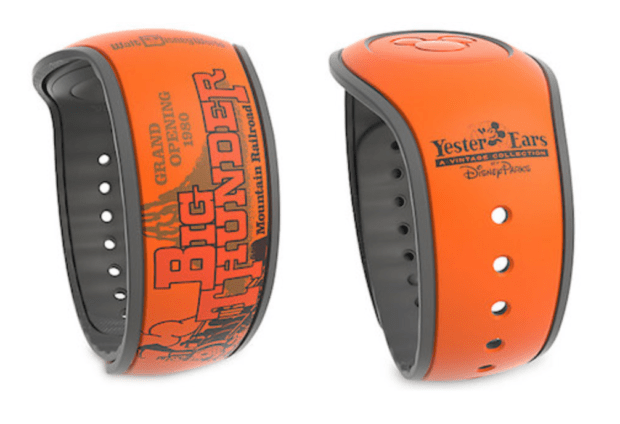 As for Open Edition bands, which often have a very long shelf life, there were three new releases in July, including bands featuring Tsum Tsums, Hercules, and Huey/Dewey/Louie. These are $22.99 and available in the parks and online at DisneyStore.com or the Shop Disney Parks mobile app or online store.

For more MagicBand news, videos and photos, check out my site at magicbandcollectors.com.

Join us for ‘Early Night Live’ at The Great Movie Ride

Eight things we learned about Batuu from...