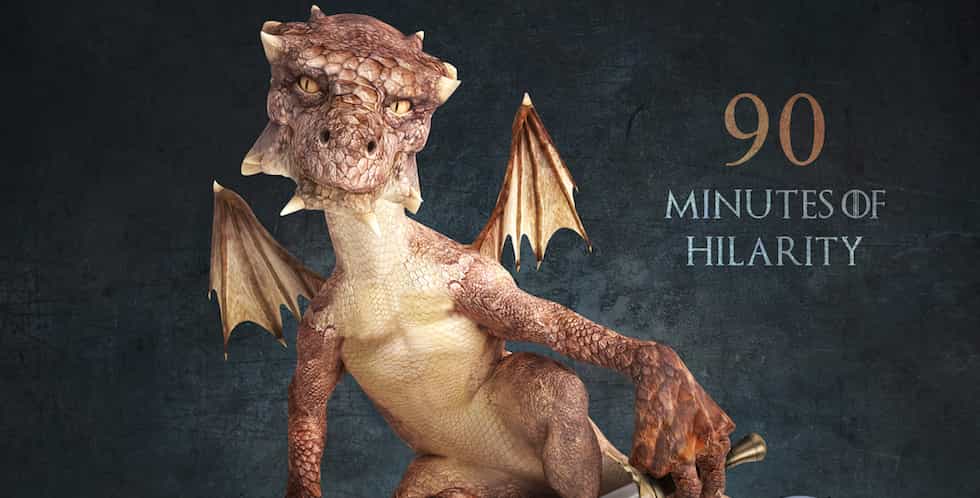 “Musical Thrones: A Parody” will have three performances at the Dr. Phillips Center in January 2018.

Dr. Phillips Center for the Performing Arts has announced that the musical parody “Musical Thrones,” a hilarious musical performance poking fun at the HBO series “Game of Thrones,” is coming to Orlando in January 2018.

The 90-minute show will be at the Dr. Phillips for three performances on Jan. 26 and 28. Tickets are on sale now, and start at $39.50. Guests can purchase tickets on the Dr. Phillips website, by visiting the box office, or by calling 844-513-2014. Phone and online ticket purchases are subject to handling fees.

Composed by Jon and Al Kaplan, the men behind “Silence! The Musical,” “Musical Thrones: A Parody” will bring fans most beloved and most hated characters to life as the show takes audiences through the first six seasons of “Game of Thrones.”

Guests will journey to some of the legendary locations in the HBO series, as well as experience the bloodthirsty antics of the musical as it pays homage to the show’s characteristic violence, power hunger, manipulation and more.

For more information on “Musical Thrones: A Parody,” and to purchase tickets, visit drphillipscenter.org.