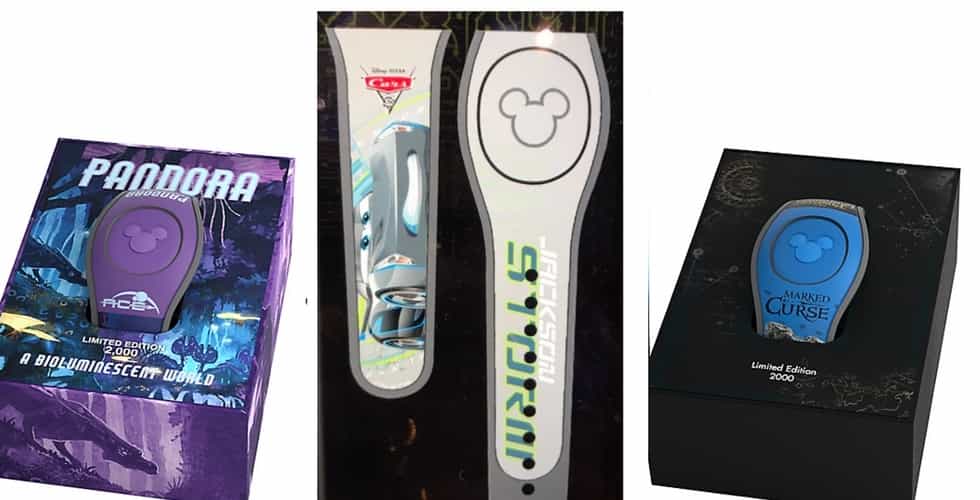 May had a blowout month for graphic MagicBand releases, featuring Pandora and current Disney films.

Welcome to Attractions Magazine’s newest column, “MagicBand Release Recap”, where I give you a full rundown of all the recently released collectable graphic MagicBands. These include Open Editions, Limited Releases, Limited Editions, their special effects and features, and where to buy them.

This month, the focus was on Pandora – the World of Avatar. Disney released four MagicBands to celebrate the occasion: two Limited Edition bands, an Open Edition, and an invite-only Media Special Event band. Check out the specifics on each band below: 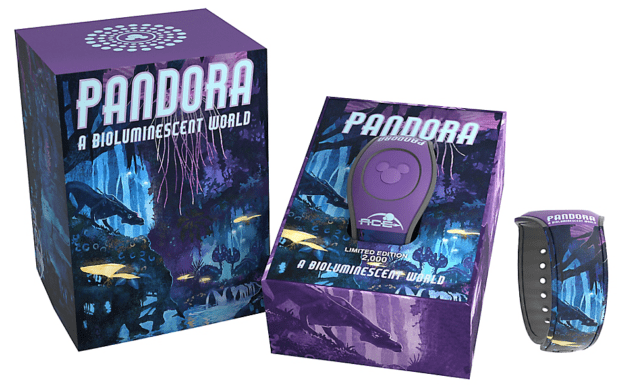 This Pandora – A Bioluminescent World band was released online and in Animal Kingdom just before Pandora opened to the public, and was a Limited Edition with an edition number of 2,000. This band sold out almost immediately, and include Fastpass+ touch point effects like sounds of a viper wolf and a color change from green to purple. This band is currently unavailable to purchase in the parks or online, but can be found on eBay. 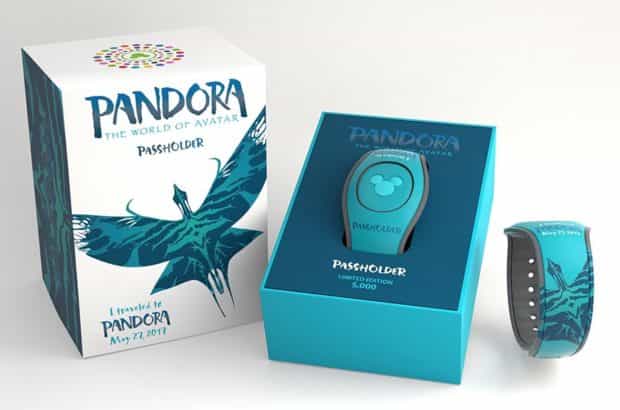 An Annual Passholder exclusive Pandora MagicBand was released on opening day, the first that Walt Disney World has ever released. There are still a few of these bands available to purchase in Animal Kingdom for $32.99 before any discounts, but are unavailable online. This band is considered Limited Edition with an edition number of 5,000, and makes the sound of a banshee breathing at Fastpass+ touch points. 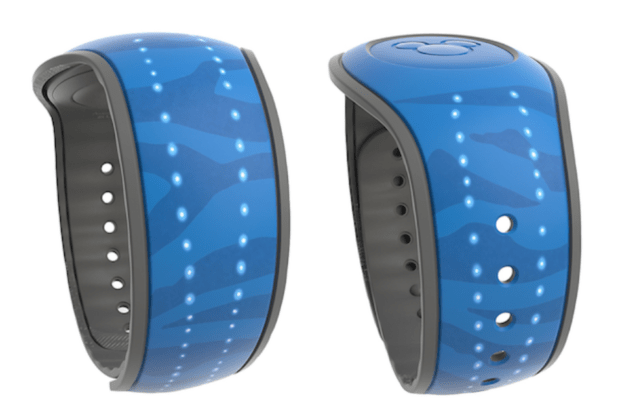 An Open Edition Pandora band was also released onopening day, and is currently on sale in Animal Kingdom. This band features the blue Na’vi skin, and has no special effects at touch points. This band can be purchased for $22.99 before discounts. 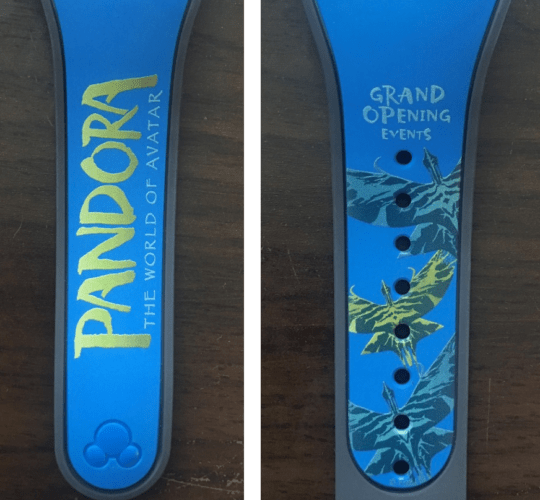 A Media Special Event band was given to those who attended the media previews for Pandora during May 23-25, 2017. Most were linked to the accounts of those who attended, and unlinked media bands are currently listed for a hefty price on eBay.

Two other bands were released this month to commemorate the release of “Pirates of the Caribbean: Dead Men Tell No Tales:” an Open Edition and a Limited Edition: 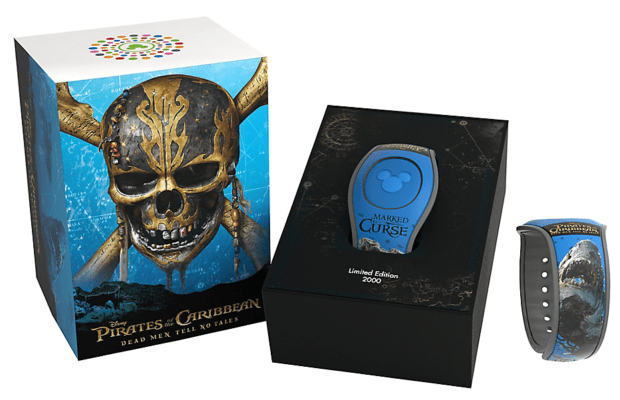 The Limited Edition “Pirates of the Caribbean: Dead Men Tell No Tales” MagicBand.

The Limited Edition of 2,000 band was released online and in the parks on May 20. This band is still available for purchase for $32.99. This band is decorated with ghost sharks from the film, and turns the touch points blue with sounds of cannon fire added. 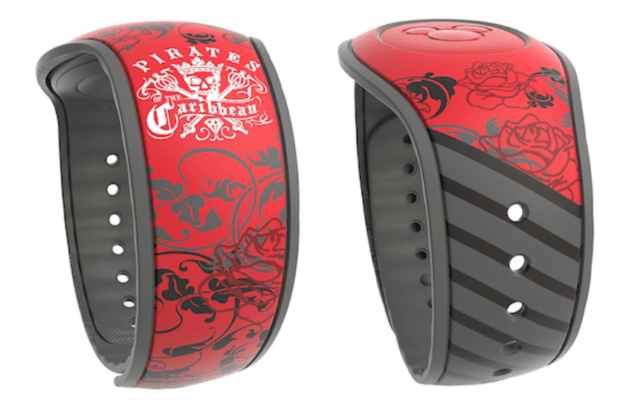 The Open Edition band was released just a few days later, and is currently available in-park and online for $22.99. This band is red with black and grey filigree roses, and a white “Pirates” logo on one side.

Two MagicBand OnDemand designs were also released, and can be found at D-Tech locations in Disney Springs and Magic Kingdom. 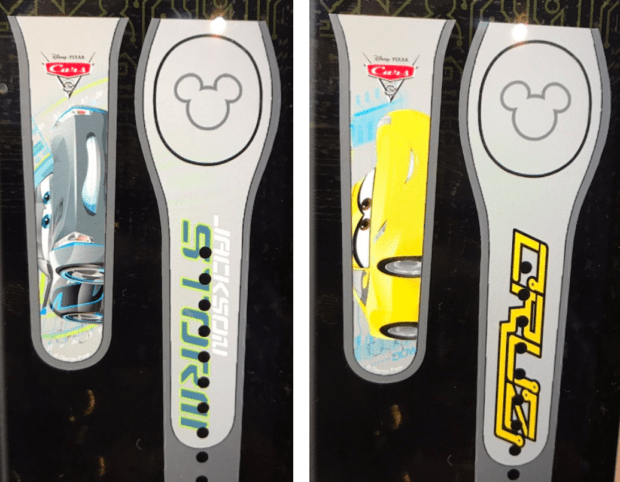 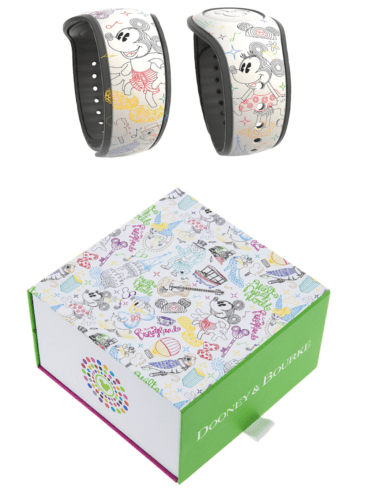 Dooney & Bourke released their second MagicBand this month to go with their newest design, “Walk in the Park.” This is the brand’s first MagicBand 2 release, and is considered a Limited Release band. It has no special effects at touch points, and is priced at $48. The band also includes a Dooney & Bourke-themed MagicSlider inside the box. 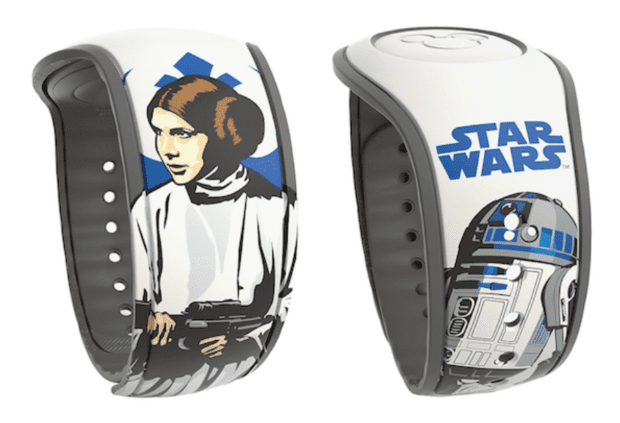 On May 4, Disney released a white Princess Leia and R2-D2 Limited Release MagicBand to commemorate May the 4th Be With You, or Star Wars Day. This band can be purchased in the parks and online for $27.99. With the passing of Carrie Fisher and Kenny Baker, this band serves as a touching tribute to both actors.

This month has shown even more designs moving over to the MagicBand 2 format from the original MagicBand, including Sorcerer Mickey, Maleficent and the Hitchhiking Ghosts. The special Enchanted Evenings Romance and Honeymoon packages through Disney Weddings have also extended their commemorative graphic MagicBand offer through the end of the year. Guests can contact Disney Weddings or their travel agent for more details.

For more MagicBand news, videos and photos, check out my site at magicbandcollectors.com.

Should I buy a MagicBand+?

As Dreamers Do – ‘Pearls and Pixie...