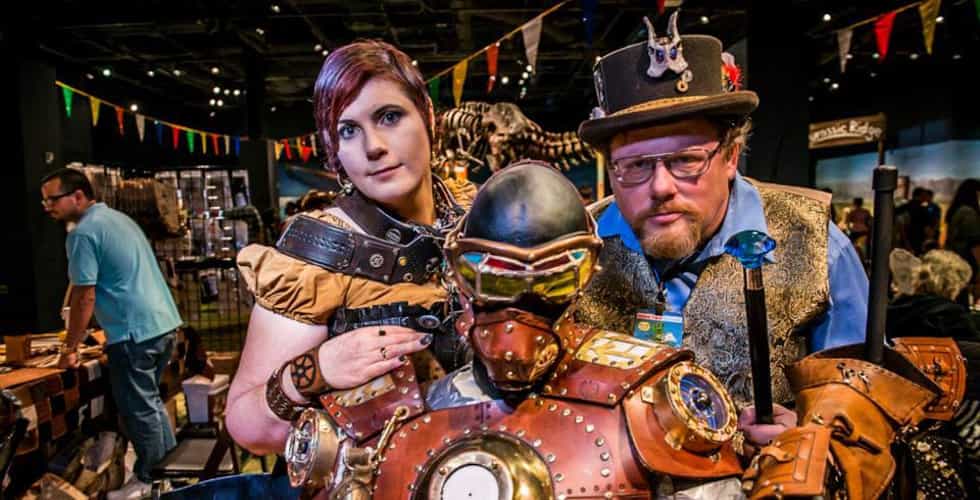 Meet the Central Florida Steampunk Association and other imaginative artists at this weekend’s Makers Faire.

Maker Faire Orlando, Florida’s largest maker event, will celebrate its fifth anniversary this week on October 22 and 23 at the Central Florida Fairgrounds with more than 300 exhibits, hands-on workshops, talks, races, and competitions.

The two-day, family-friendly celebration features hundreds of local makers, hands-on workshops and more that will entertain and inspire more than 20,000 members of the Central Florida community. This year Maker Faire will attempt to break last year’s records by teaching 1,500 people to make a blinky robot pin in the Learn-to-Solder workshop and over 1,000 people to screen print t-shirts in the Make-a-Shirt workshop.

“It is incredible to see the maker community working together with all of our community partners for the event,” said Candy Cole, President of The Maker Effect Foundation. “More than 1,000 people volunteer their time to entertain, educate, and inspire over a fun-filled weekend.”

Maker Faire Orlando began in 2012 as a family friendly showcase of DIY science, art, technology, and hands-on activities. Independent crafters to scientists can share what they are making and learning. Now in its 5th year, the event is part of the original Maker Faire held in San Mateo, CA and now also in New York, Atlanta, Detroit, Paris, Rome, Tokyo, and other cities around the world. In all, there are more than 150 independently organized Maker Faires in 30 countries around the world.

For more information, visit makerfaireorlando.com, and see some footage of the 2013 Mini Maker Faire in this episode of Attractions The Show: