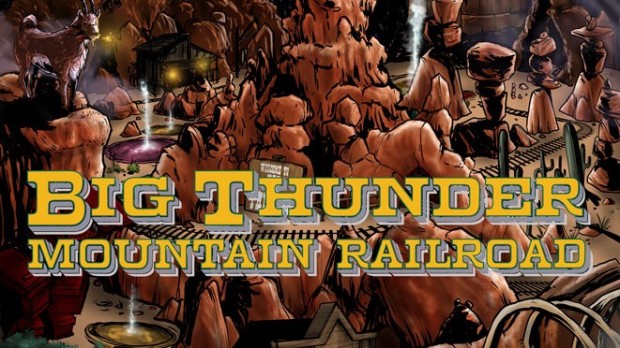 Get ready to take the wildest ride in the wilderness home as Big Thunder Mountain Railroad comes to life as an all-new Marvel and Disney Kingdoms comic book in spring 2015. 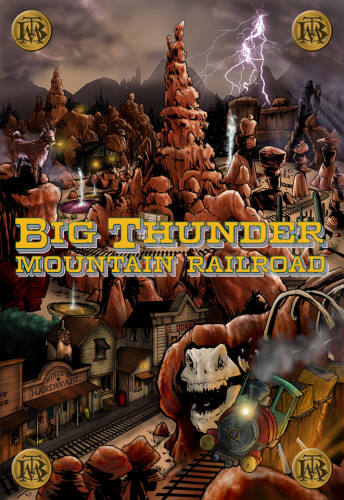 A mainstay of Disney Parks since 1979, Big Thunder Mountain Railroad has entertained countless guests on this classic attraction in four Disney theme parks around the world. “Building on the momentum of the sold out Figment series, we are excited to embark upon what may be our wildest adventure yet,” says editor and Creative Director Bill Rosemann. “As one of the most famous Disney attractions, Big Thunder Mountain Railroad is packed with a combustible combo of drama, humor, and thrills that will explode across the page and deliver all the action and surprises that the Disney Kingdoms imprint has quickly become known for.”

Series writer Dennis Hopeless continues, “Everybody knows Big Thunder Mountain Railroad as a rumbling, tumbling runaway train car attraction through an exploding gold mine. But it’s always been more than that. It’s a trip back in time to a Gold Rush town where daring men and women risked their lives in the daily battle between man and mountain. And let’s be honest, it’s the perfect setting for an adventure comic.”

Earthquakes! Floods! Dynamite-chewing goats! Can the denizens of Rainbow Ridge survive the clash between mankind’s greed and nature’s fury? And what is the protective power that dwells deep within the mysterious mountain? Surprises await you in the latest Disney Kingdoms saga coming in spring 2015.

UPDATE (12/15/14) – The cover for the first issue of Big Thunder Mountain Railroad has been released: 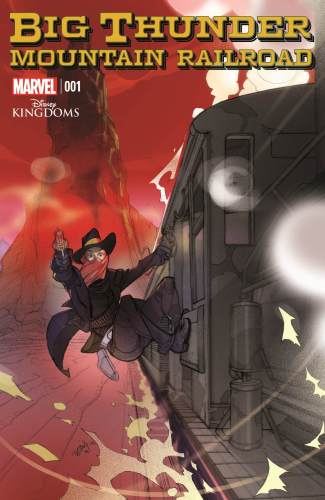 Celebrate the holidays at Universal Orlando with parades, concerts and The Grinch

This is really sad. Like Pirates and Mansion this ride was a Disney classic that had no narration and could be a new story every time you road it. But for make some more bucks this thing gets an narration and kills the creativity the ride tried to evoke.