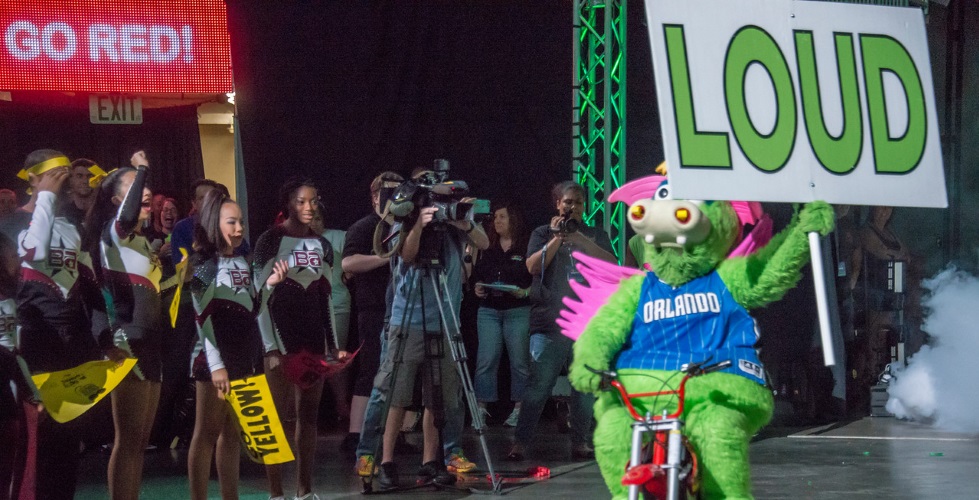 Stuff hypes up the crowd at the Mascot Games.

The charity organization, New Hope for Kids, has released the full list of mascots that will participate in the 2016 Mascot Games. The event will take place at The Amway Center on Friday, June 17, at 12:30 p.m., and Saturday, June 18, at 2 p.m. Participating Mascots include Stuff from the Orlando Magic, Albert and Alberta from the University of Florida, Kingston from Orlando City Soccer and Lil Red from the University of Nebraska. The complete list is below. 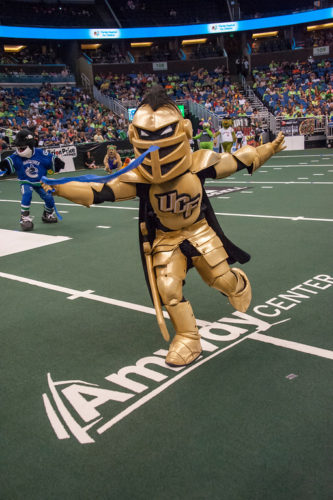 “The collection of Mascots that will be showcased at Amway Center will be unrivaled anywhere in the world,” said Dave Joswiak, executive director of New Hope for Kids. “Our ambassador, Orlando Magic’s Stuff, has invited top notch talents, all who love to compete, and who also love knowing they’re helping kids.”

Twenty-three mascots from across North America will join Stuff, the event’s host mascot, for the annual competition. Mascots from MLB, NFL, NBA, NHL, ECHL, MSL and NCAA will be divided into four teams as they compete against each other in wild and zany games to determine the true champions of the mascot world. 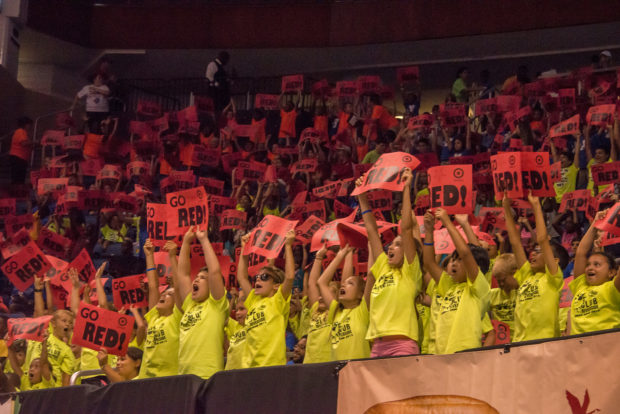 Kids cheer on their favorite mascots during the event.

Tickets for the Mascot Games are now on sale. General admission tickets start at $12 and can be purchased through mascotgames.org, amwaycenter.com, Chase Box Office at Amway Center, Ticketmaster retail locations, charge-by-phone at 800-745-3000, or at Ticketmaster.com. A limited number of VIP “Mascot Huddle” tickets, which include a Mascot meet and greet and reserved seating for Saturday’s performance, are available for $35 in advance and $40 the day of the event. Reserved seating will be available for $20 while supplies last. Group seating for Summer Camps is available by downloading a form from the event website at mascotgames.org under the “Summer Camps” tab.

All proceeds from the Mascot Games benefit New Hope for Kids, which provides support to children and families grieving the death of a loved one, and grants wishes to children with life-threatening illnesses in Central Florida. Since its inception, the event has raised more than $400,000 for New Hope for Kids.

‘Beautiful: The Carole King Musical’ is a...