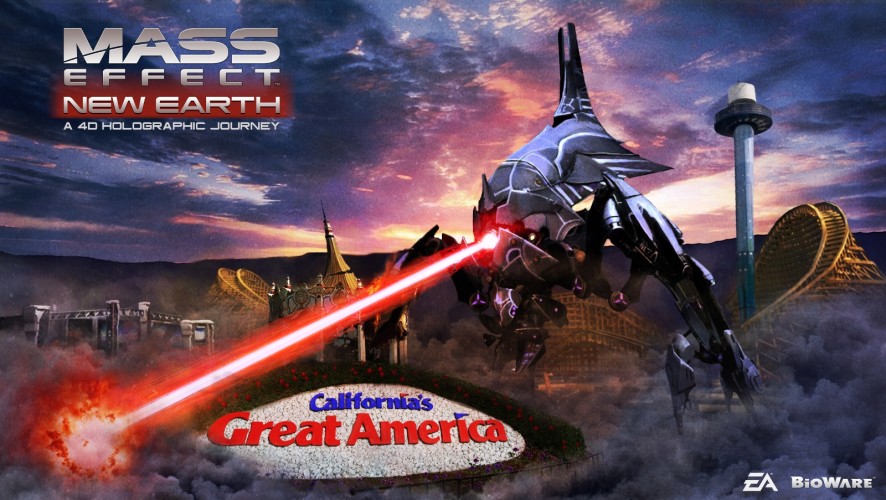 California’s Great America and 3D Live are opening a Mass Effect 4D attraction this May.

The next big advancement in 4D attraction technology is almost here, and for once it isn’t arriving in Orlando. California’s Great America theme park is scheduled to open a new Mass Effect 4D attraction on May 18, and it features new stereoscopic LED technology developed by 3D Live.

Based on the hit Bioware video game series published by Electronic Arts, Mass Effect: New Earth 4D will allow guests to travel through space to a distant planet, face off against bigger than life adversaries and ultimately help save the day. The new attraction is the culmination of close collaboration between the 3D Live team, BioWare and California’s Great America.

Unlike the projected 3D typically used in a movie theater or standard 4D attraction, 3D Live’s stereoscopic LED panels send polarized light straight to the viewer’s vision instead of bouncing it off a silver screen. This produces a more impactful 3D effect with brighter colors and truer blacks than projection. 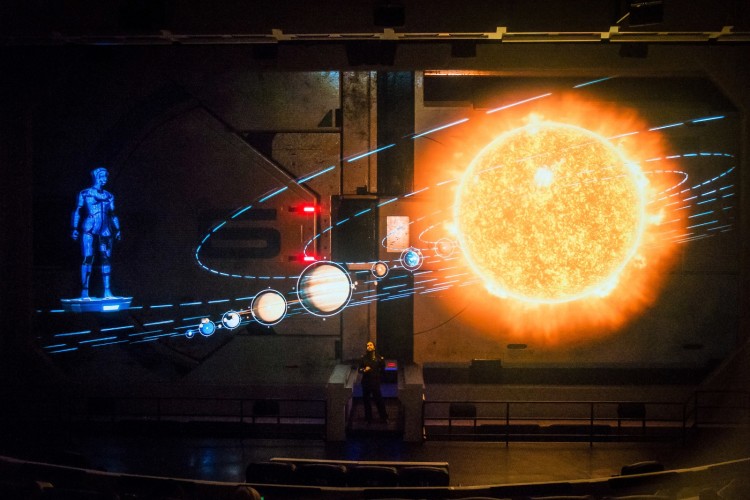 “Our technology forgoes the traditional projection model for an LED screen that is more modular, allowing it to be used in spaces much smaller than would be needed for a projector,” explains Nathan Huber, Chief Executive Officer for 3D Live. “This allows the performer or participants to directly interact with the visuals, without casting a shadow or having light hit the participant. The result is a much truer holographic experience.”

“There’s no truer sense of being part of the Mass Effect universe than being surrounded by the actors, ships and worlds,” says Ryan Pardiero, Chief Operating Officer for 3D Live. “Entertainment is converging quickly where the format of the media and the story being told have a direct impact on the user experience. Whether its gaming, live music events, theme parks or any exhibit, the team at 3D Live can create a custom environment that will leave the participants speechless.”

Here is a video from 3D Live previewing the new attraction:

Inside the Technology of Mass Effect: New Earth

Out of the Loop: New Legoland Hotel...