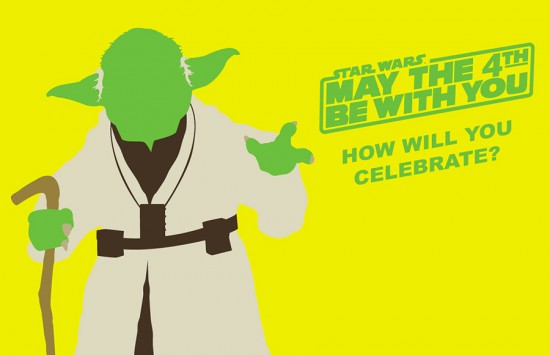 May 4 is a date that Star Wars fans worldwide have proclaimed “Star Wars Day” and turned into a celebratory pun, “May the Fourth Be With You!” This year Walt Disney World will be celebrating that day with a special Limited Time Magic event at Disney’s Hollywood Studios.

This one-day-only celebration features special Star Wars entertainment, shows, characters, exclusive merchandise, a Star Wars dance party and a Star Wars-themed fireworks show to cap off the day. Also included: a special edition of Jedi Training Academy, where parents join their children for the training and finale with villains from the Galactic Empire.

Here’s video of the announcement where Walt Disney World president George A. Kalogridis was interrupted by two special guests:

Here’s a look at the Star Wars themed fireworks that were held in the park in 2010:

The Marvelous Mrs. Maisel has arrived at...