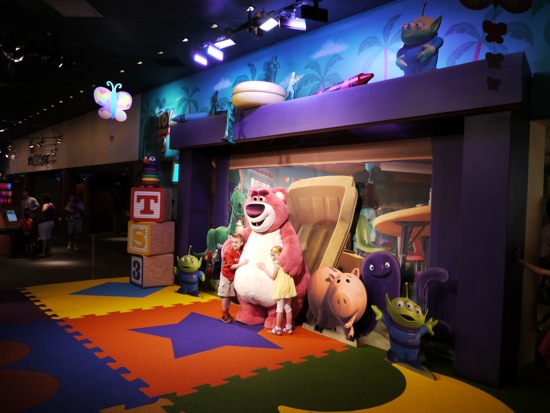 A new character made his debut this week at Disney’s Hollywood Studios. Lots-o-Huggin’ Bear (AKA Lotso) from the upcoming Toy Story 3 movie is now meeting guests in the Magic of Disney Animation and dancing in the Block Party Bash parade daily. 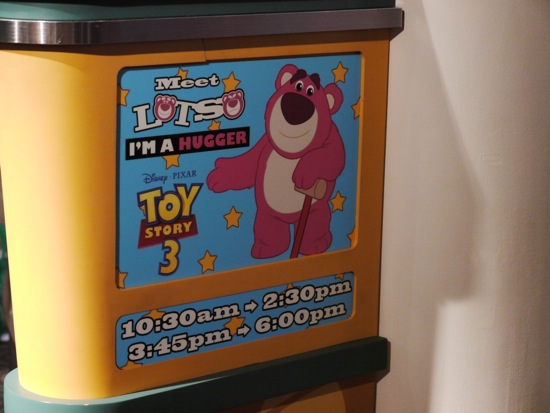 As the sign says, he’s a hugger, and the guests I saw meeting him couldn’t resist getting one. 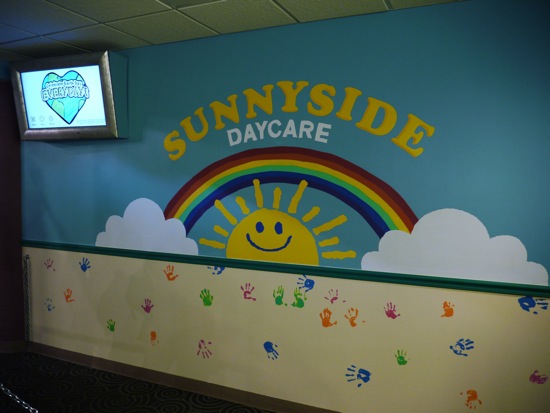 The queue area is designed to look like you’re in the Sunnyside Daycare. In the new movie Lotso is in charge of all the toys at Sunnyside Daycare, where Woody, Buzz and Andy’s other toys end up. 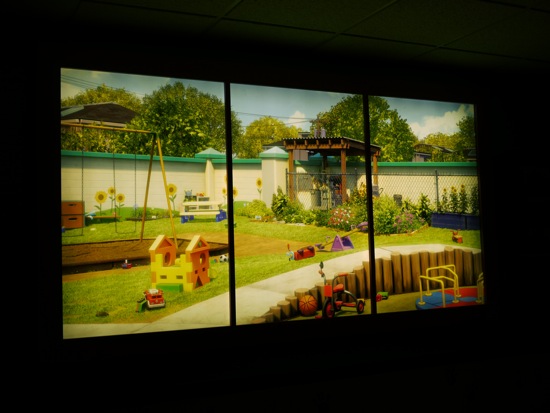 A couple of “windows” in the queue area let you look out into Sunnyside’s yard. 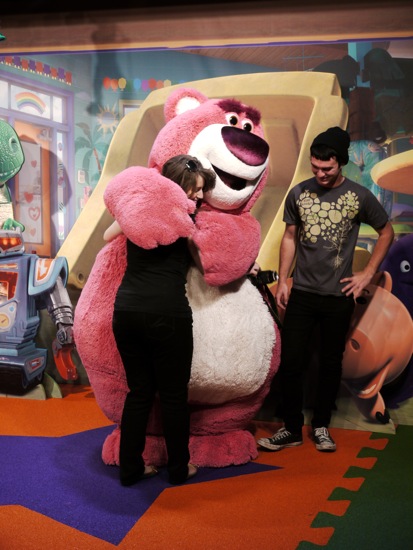 All the guests are getting hugs now, but I’ve heard Lotso is a villain in the movie, so how will they react to him after they’ve seen the movie. Will kids be scared of him? Will they wish they hadn’t had their picture taken with him? Here’s a video of guests meeting Lotso and of him in the parade. As you can see in the video, Woody doesn’t much care for Lotso. Watch as they duke it out. Woody’s girlfriend Jessie was also shaking her finger at Lotso during the Block Party Bash. 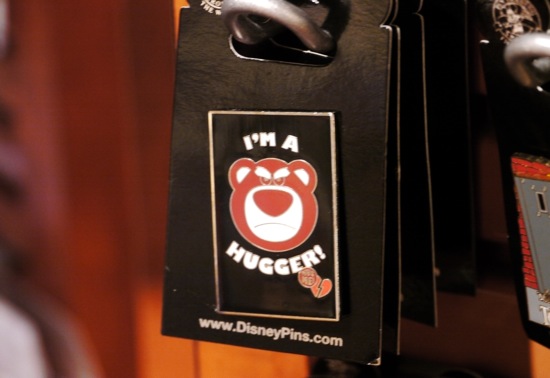 This pin for sale at the park shows Lotso’s not always so huggable. 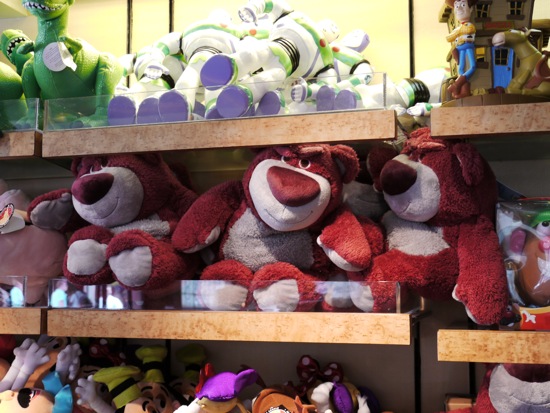 These Lotso dolls for sale at the park smell like strawberries. 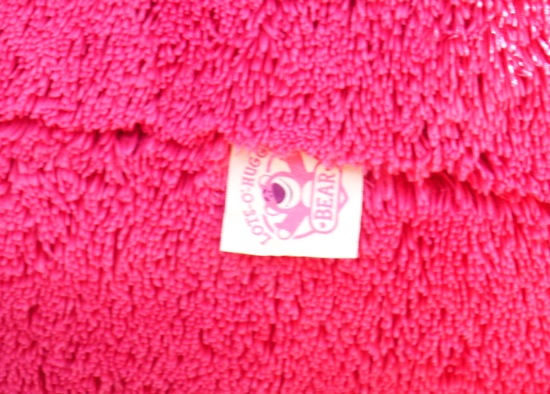 Just like his doll, the large Lotso has a tag.

Here are some more pictures of Lotso and his meet and greet area: 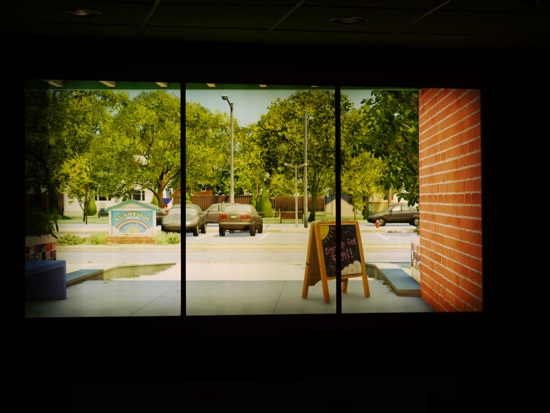 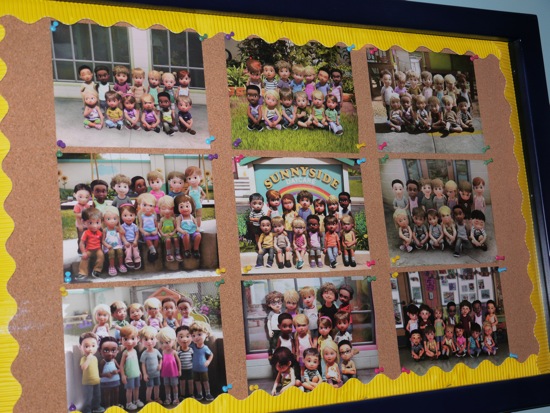 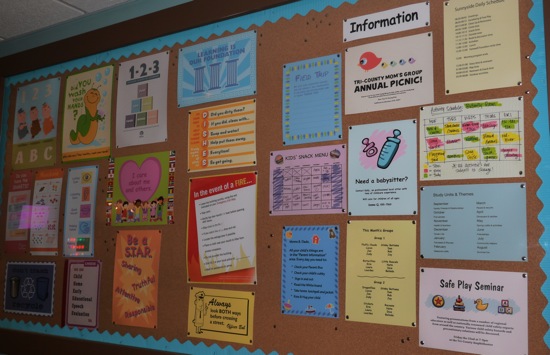 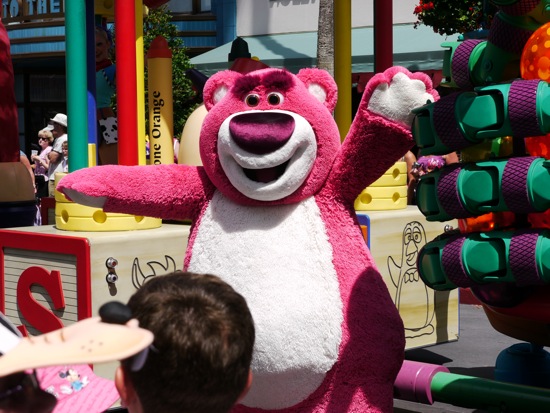 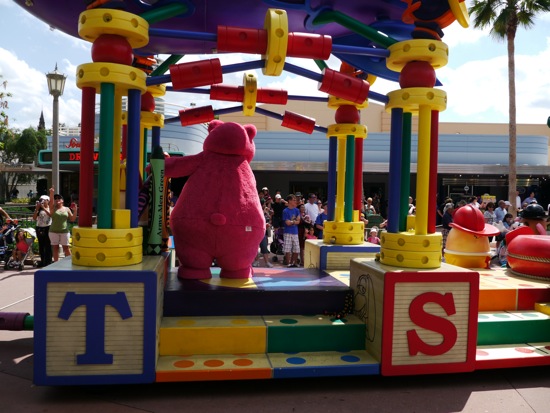 I wondered the same thing? Both my children have no desire to meet him, they said he was a bad bear! After seeing him being promoted by Disney for last couple weeks, I assumed he was cool, but not after seeing the movie… I wish I knew Disney’s thinking on this one…

Get your scares online this Halloween with...