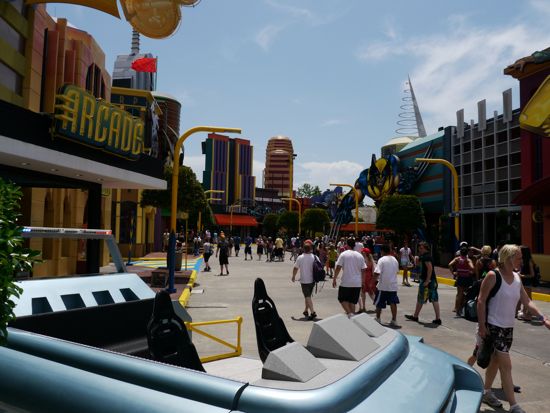 Yesterday we posted a photo and video update for the ongoing construction of The Wizarding World of Harry Potter (Click Here to see it), so today we’ll take a look around the rest of the park. 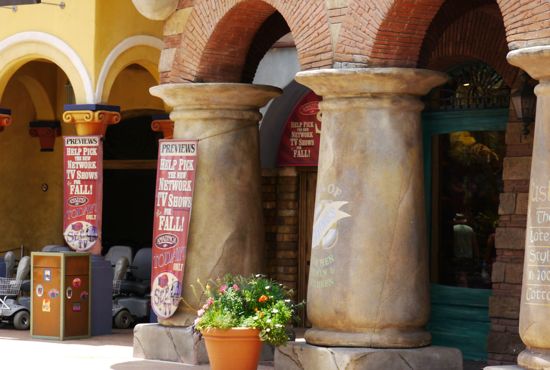 The first thing I noticed after entering the park was this new area for guests to give their opinions on new TV shows. You can’t just walk in. You need to be asked by a team member outside of the location if you’d like to give your opinion. There’s also one of these in Universal Studios, unless they’ve moved it here. I’ll have to check next time I’m at the Studios. 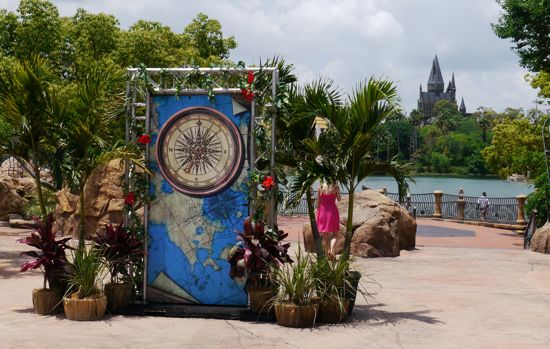 I saw a few of these covered signs around the park. I assume they’re set up for the Grad Bash events they’ve been holding in both parks. A similar sign in Seuss Landing said it was a dance zone. 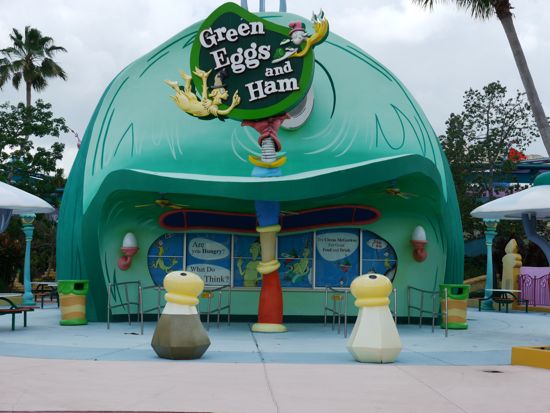 The Green Eggs and Ham restaurant was closed again. It has been closed for a long time, but it recently opened for a short time during spring break. I’m guessing it may reopen again when the Wizarding World opens. 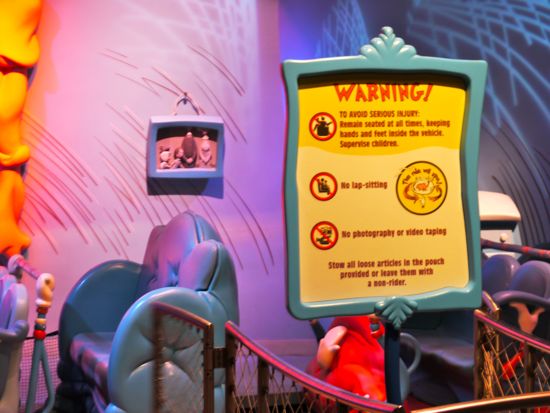 I had heard on Screamscape that the Cat in the Hat ride no longer spins. As you can see, the signs still warn there will be spinning – and there was – but it was a lot less spinning and with less force. I talked to a couple of team members working at the attraction and they confirmed that the ride had stopped spinning for a while and they just got it spinning again. When I asked why it’s spinning less and with less force, they said they were trying to make it more friendly to small children. I personally hope they switch it back. 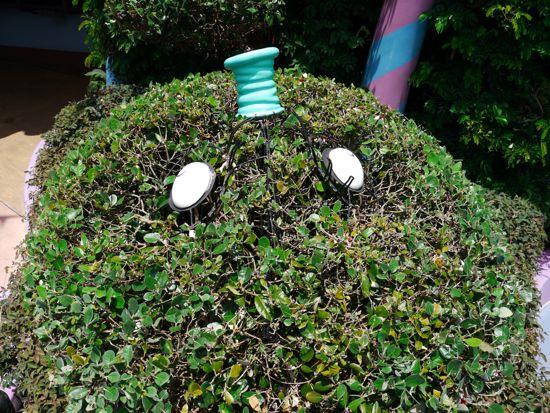 I never noticed this bush with eyes before. I saw him by the restrooms in Seuss Landing. 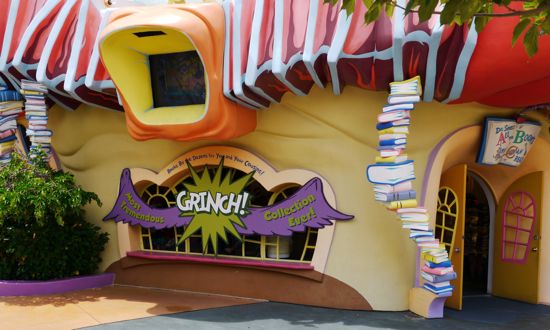 One stop for all your Grinch needs. 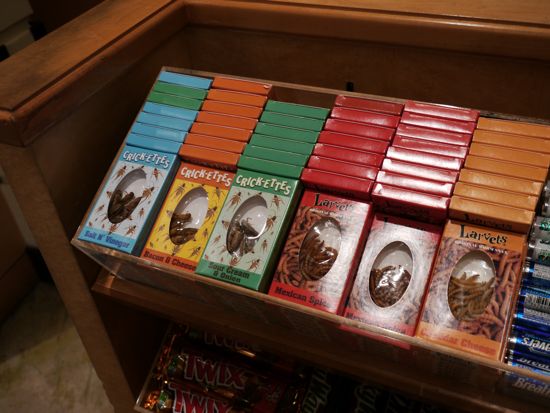 I wonder how many people actually eat these crickets and larvets? Gross. Do you prefer salt and vinegar or sour cream and onion crickets? If you’d like to eat some, they’re in the Jurassic Park Discovery Center store. 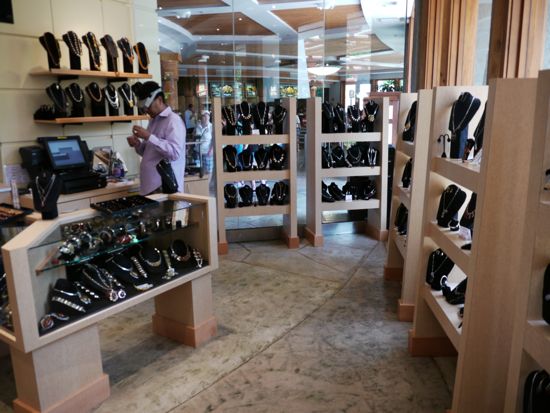 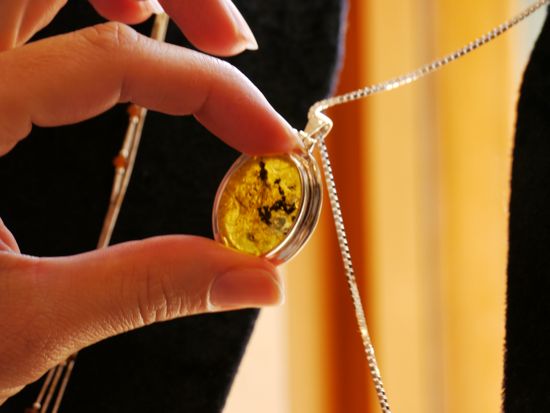 Of course amber fits right in with Jurassic Park. They even sell an amber necklace with a mosquito inside. 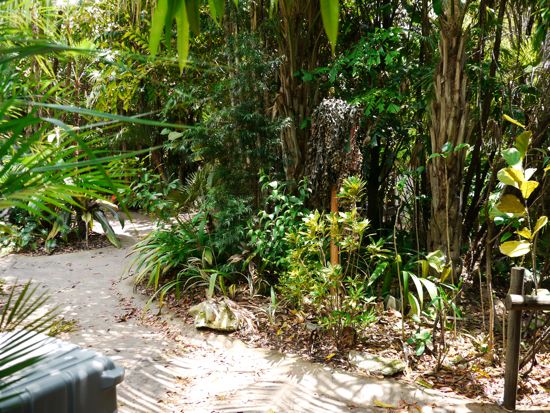 When I’m visiting a theme park or attraction I usually let everyone know where I am on our Twitter and Facebook accounts. Jeremiah Good on Facebook asked for a picture of the queue for the closed Triceratops Encounter in Jurassic Park. This is the best picture I could get, but here’s a video of the queue and attraction I found on YouTube. 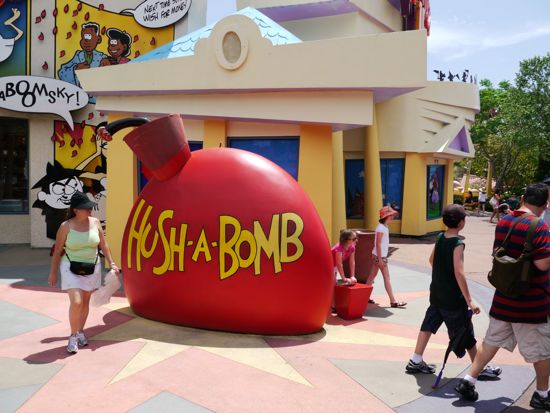 Over in Toon Lagoon, it’s good to see the bomb working again. It makes a loud explosion sound when you push the plunger down, but for quite a while the plunger was missing. 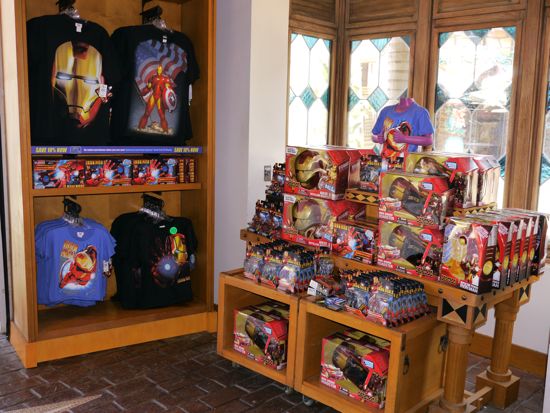 The main store in the front of the park had this large section of Iron Man merchandise for sale. It’s weird seeing Marvel merchandise in the Disney stores now as well. 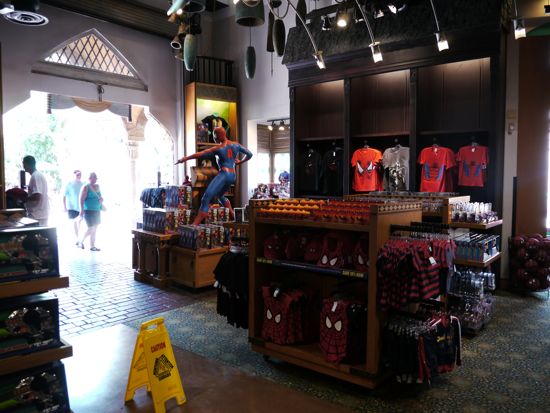 But a team member in the store told me this whole corner that is now selling Marvel merchandise, will be changed around at the end of this month to begin selling Harry Potter merchandise. 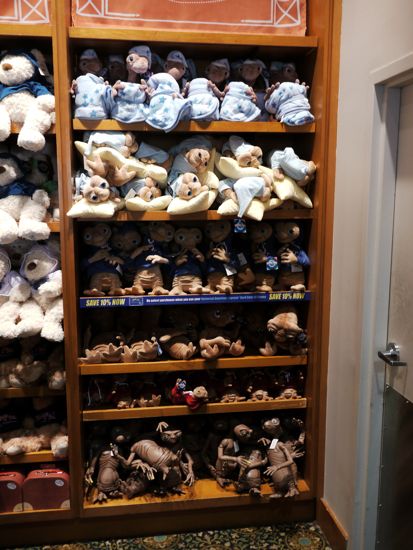 A whole row of cute ET’s for sale. 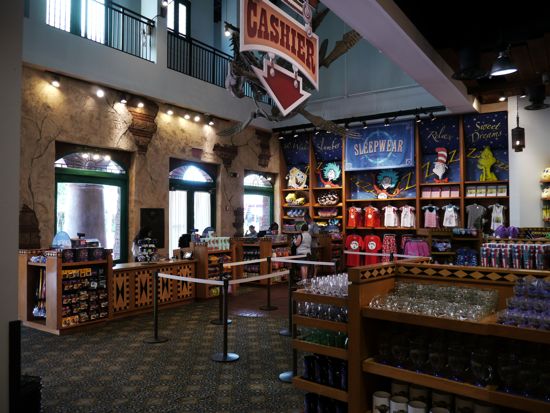 They’ve also moved the cash registers in the store to each end instead of in the middle.

I hope you’ve been enjoying our photo updates. Let me know if you’re going to be visiting a theme park and would like to do a photo update for us. – Just send me an e-mail.

May photo/video update for The Wizarding World of Harry Potter

Out of the Loop: Holiday World announces...