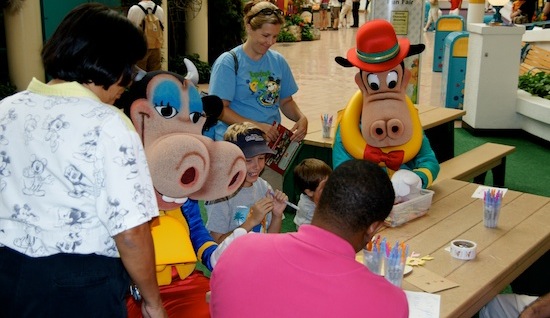 The latest Limited Time Magic promotion has been announced and it’s one many fans have been looking forward to. From Jan. 21 through 27, fans will get to meet some Disney characters they don’t often see – It’s Long Lost Friends week.

The characters announced so far are Clarabelle Cow, Horace Horsecollar, Robin Hood, Friar Tuck, Prince John, Sheriff of Nottingham and The Three Little Pigs. The characters will be found somewhere at Magic Kingdom. We’ll post more details as we receive them.

UPDATE: Here’s a look at the characters meeting this week: