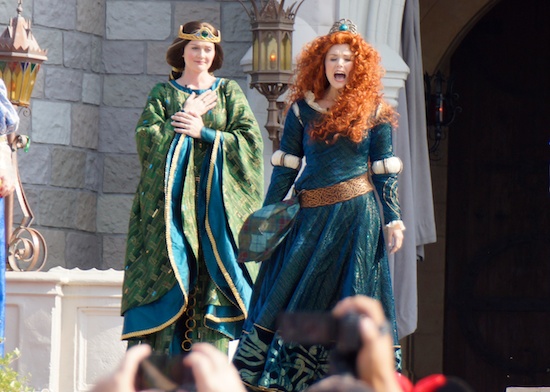 Merida, Disney•Pixar’s first princess from the film “Brave”, was officially crowned as the 11th Disney Princess in a coronation ceremony held in front of Cinderella Castle at the Magic Kingdom today, May 11, 2013.

Merida arrived in style atop her horse Angus, and all 10 prior Disney Princesses were on hand to welcome her to Disney’s royal court. Queen Elinor, Merida’s mother, crowned her in a special moment just in time for Mother’s Day.

Full video of the ceremony:

Out of the Loop: A look at Air Force One and more at the Ronald Reagan Presidential Library

Mold-A-Rama, Disney and old Florida will highlight collectibles show at Fantasy of Flight