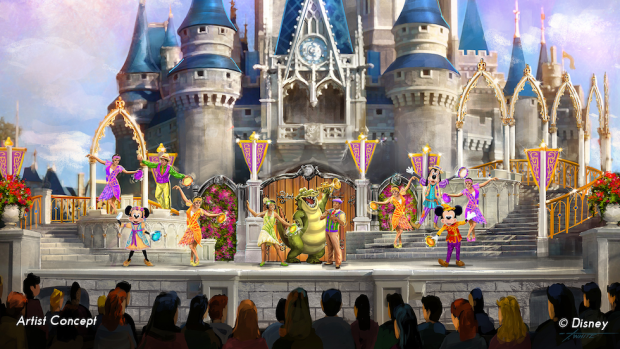 An all-new stage show is coming to Magic Kingdom this summer, replacing the long-running “Dream Along with Mickey” show.

“Mickey’s Royal Friendship Faire” will take place daily on the Cinderella Castle Stage, where Mickey Mouse and his pals unite in a tale of friendship featuring songs and characters from Disney’s contemporary classics “The Princess and the Frog,” “Tangled” and “Frozen.”

In “Mickey’s Royal Friendship Faire,” Mickey and his troupe of Merry Makers have been preparing to host a joyous festival and have ventured far and wide to invite friends from other lands to join their celebration.

From the land of the bewitching bayous, Goofy has invited Princess Tiana, Naveen and Louis to add a little spice of New Orleans jazz to the party. Donald Duck brings some new friends he met in the land of the enchanted woods, where Daisy Duck introduces us to her special guests, Rapunzel and Flynn. Finally, Mickey Mouse shares a surprise with Minnie Mouse, as he has traveled to the land of the mystic mountains to invite Olaf, Princess Anna, and Queen Elsa, who swirls a blast of her icy magic. The celebration culminates in a dance, marked by a fireworks finale.

Disney has officially announced that the final day to see “Dream Along with Mickey,” which has been running at the park for almost a decade, will be April 2, 2016.

“Mickey’s Royal Friendship Faire” is set to debut at Magic Kingdom this summer and will be presented multiple times daily.

UPDATE – April 27, 2016: The new stage show will debut in June 2016 and feature an original song, “On this Day,” written by composers Brendan Milburn and Valerie Vigoda, known for their songs in “Toy Story: The Musical” and “Tinker Bell: Secret of the Wings.” 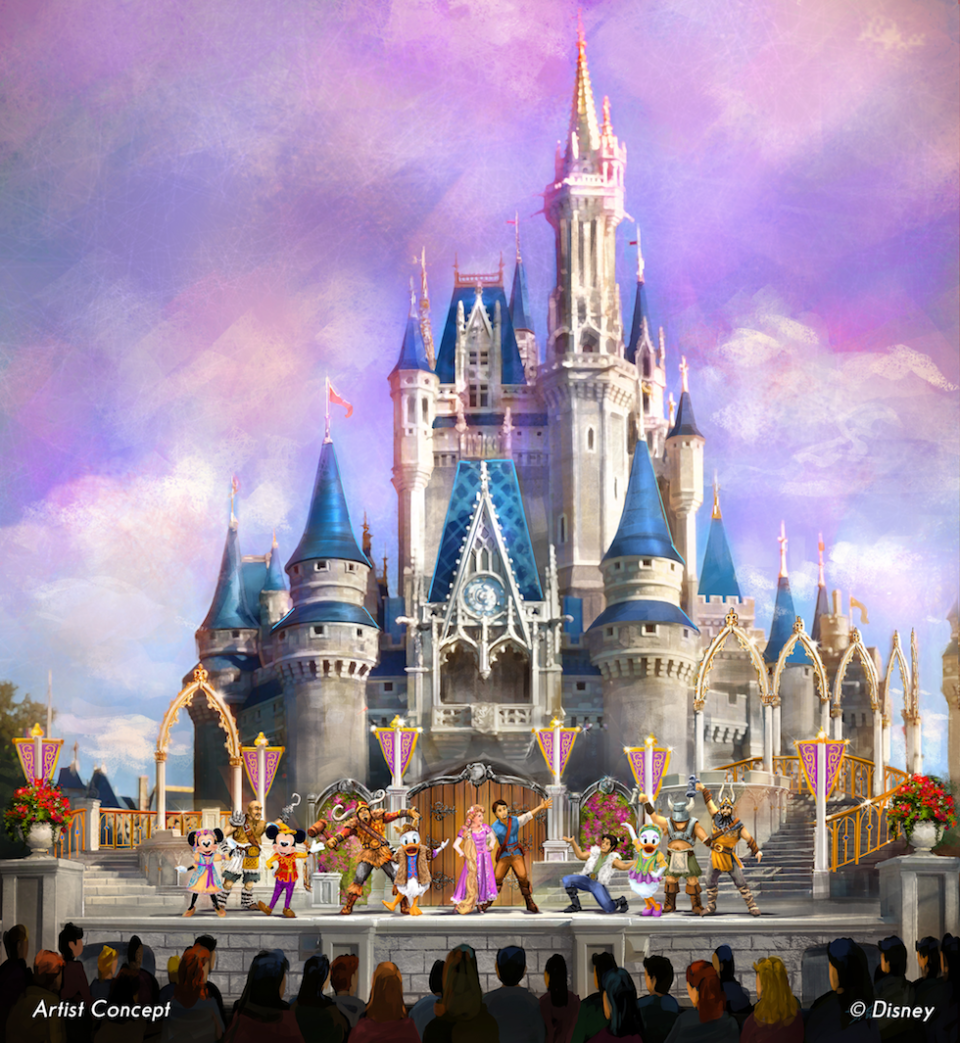