A look at the closing of Mickey’s Toontown Fair 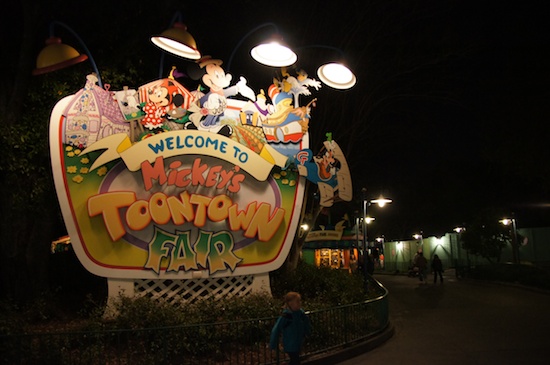 Mickey’s Toontown Fair closed forever last night with no celebrations, but that didn’t stop some fans from wanting to be the last to leave.

It was announced in 2009 that Toontown at the Magic Kingdom would be closing to make way for a new area of Fantasyland. It was first said it would probably close about this time last year. But Feb. 11, 2011 was its last day of operation. 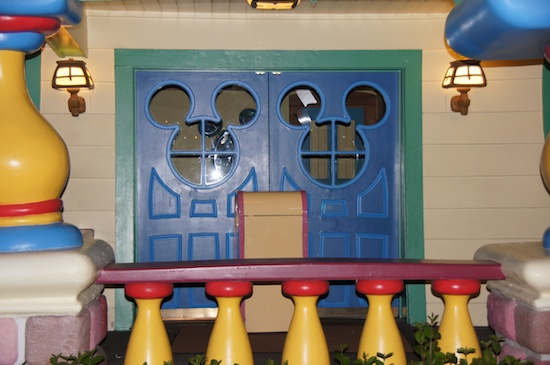 Just after 8 p.m., a cast member came and shut the doors on Mickey Mouse’s house. 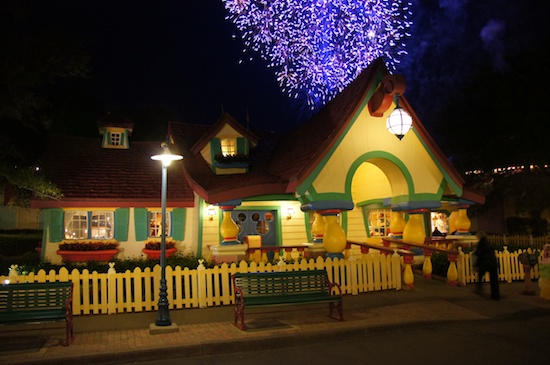 As Mickey’s door was shut to guests for the last time, many fans and Disney bloggers were gathered near the house, watching the Wishes fireworks go off above. 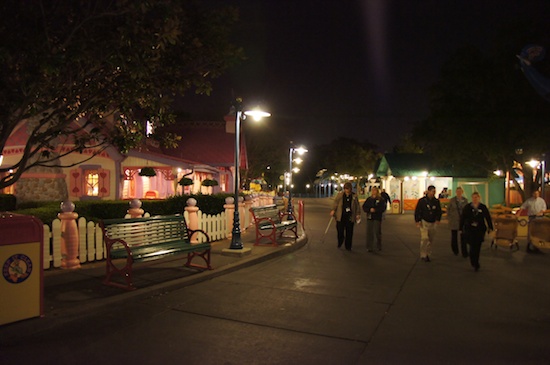 After the fireworks ended, fans stayed in Toontown as long as they could, waiting for something to happen or to be told to leave. When asked if Mickey could come out and say goodbye, fans were told he was busy inside making cheesecake. A youngster in the group of fans said Mickey was probably busy packing. 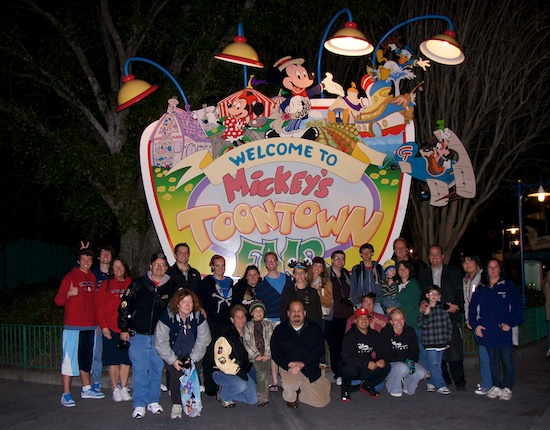 These are the last guests to ever leave Mickey’s Toontown Fair. Below are some photos of the now closed Toontown, taken on the way out: 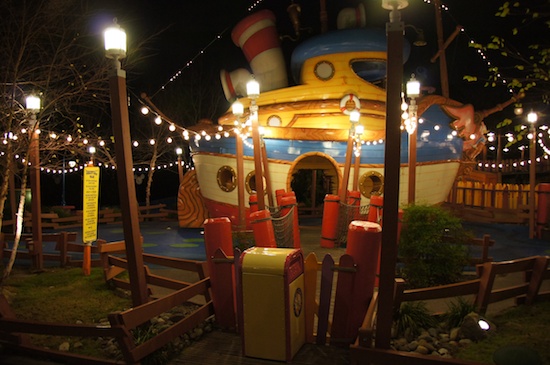 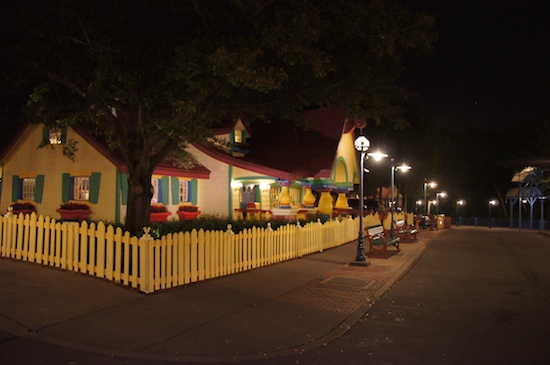 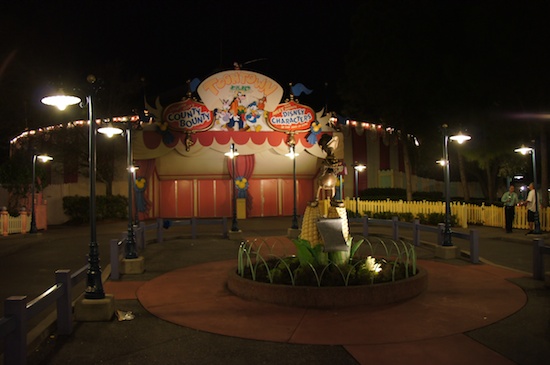 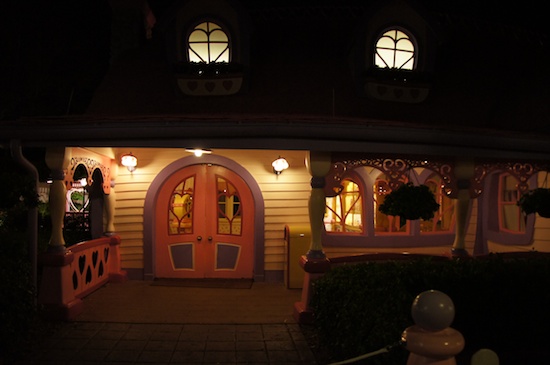 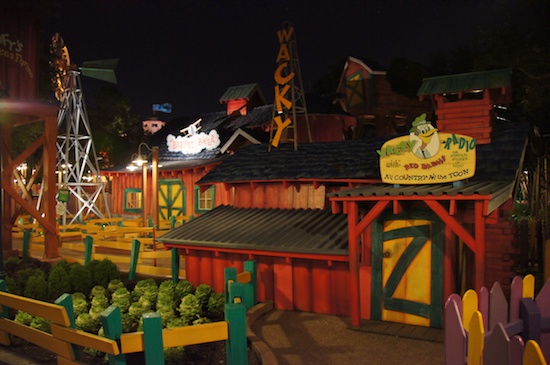 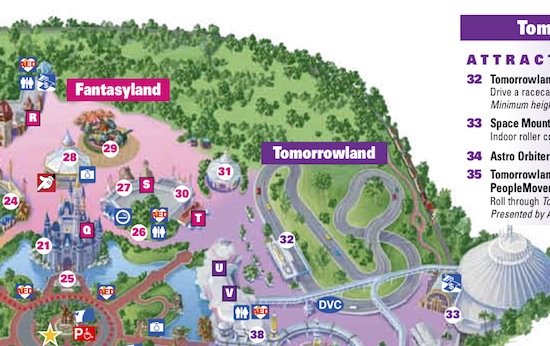 As the group of fans was leaving the park, cast members were replacing the park maps with new ones, which have Toontown removed.

Although the fans of Toontown didn’t get any send-off, cast members did on Thursday night. At the VIP party, cast members were able to get photos with the characters in different spots around Toontown, and Imagineer spoke about Toontown and the new Fantasyland, then the characters boarded the train.

Cast member and WDWNT reporter Josh Siegel was there and captured part of the event in this video:

Josh also too photos of the below unseen artwork promoting the upcoming Storybook Circus area of Fantasyland that replaces Toontown. The old Barnstormer ride will be rethemed as The Great Goofini. The new Fantasyland is supposed to open in stages during 2012 and 2013. 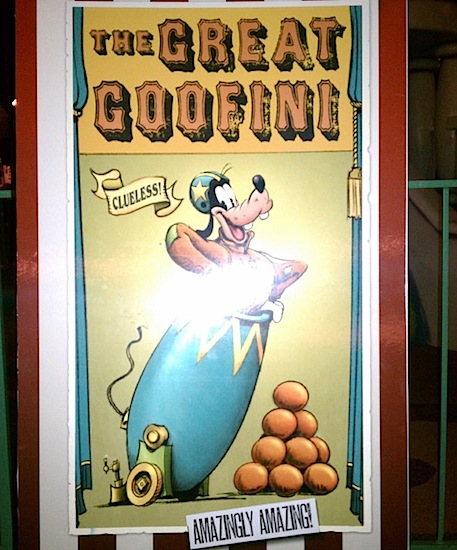 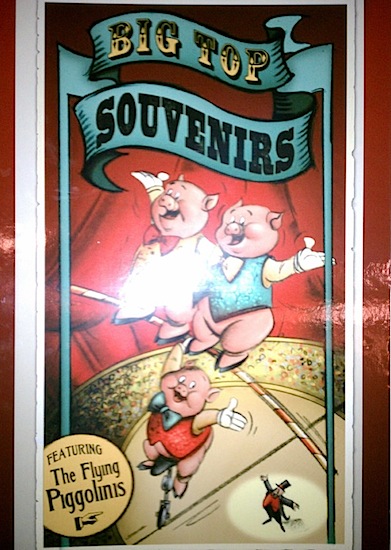 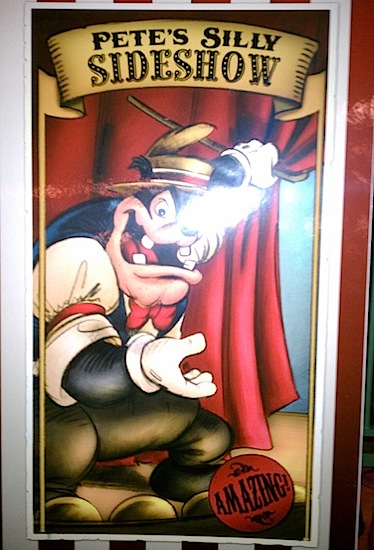 This sucks why this had to closed! The last time I went to Toontown was 2 summers ago, because when I went to Disney World in Summer 2010, Toontown was the only section of Magic Kingdom that I didn’t go to. And then just in November, I found out since the expansion was gonna be big enough to tear down Toontown Fair, I was pissed as hell and I wanted to go there one last time before they close it down and add a crappy princess thing to Fantasyland.

I loved toontown when i went there. Im gonna miss it so much. RIP Toontown. Nothing now but the memories

How can they justify closing Toon Town???. We last went 2009 and are going again 2012 there will be nothing to go to the Magic Kingdom for now, it used to be mine and my grown up Son’s favourite just for Toon Town.

HOW CAN THEY EVICT MICKEY FROM HIS HOME???

How long before they evict Mickey from the park???

Walt must be turning in his grave. Disney is no longer Disney.

Thery should be ashamed of themselves.

Toon Town Calfornia is too far away but they will probably close that too.

We are so angry at them for this STUPID closure.

Mickey can come and live with us. We will bring him to disneyworld every 2 years when we come.(we dont need any more homeless people)

Why close something that is disney?? the ******* who come up with these daft idear’s should be sacked. in 1955 when walt opened disneyland his words were ”theres never lose sight that this all started with a mouse” So does that mean it has to finish with a mouse to??? all disney fans should get together and get these prats that run the park now to just move toon town. it’s not like they dont have the room

I feel if mickey and minnie do not have there homes they do not live in disney anymore,they have taken the magic away i was disapointed when they changed the spectromagic parade to lose the houses and donalds has gone to far these were always busy everytime we visit twice a year,we will not be renewing our annual pass this time,to take away the magic has finished disney for me,they need to put someone who understands how walt did

MICKEY is KING, MINNIE his QUEEN that outranks every princess and fairy give MICKEY and MINNIE their homes back and get rid of the princesses and fairys

To the commentators who are being overly dramatic, Walt Disney would not be upset about this closure for several reasons:

1) He did NOT come up with the concept of Toontown.

3) Toontown was ORIGINALLY meant to be a “temporary” land anyway as it was originally built in honor of Mickey’s 60th birthday and was originally named “Mickey’s Birthdayland”. It didn’t even become “Mickey’s Toontown Fair” until 1996.

4) Mickey Mouse is NOT leaving Disney World. He and his friends will always be there.

4) Fantasyland is Walt’s personal creation. He would be pleased with its expansion. Walt would be more upset if “It’s A Small World” or “Dumbo” were ever closed for good.

It is sad to lose Toontown at Disney World but also believe change can be good. Mickey is still and will always be the center of Disney no matter what. You cannot take that away. It is impossible. I feel the expansion is going to be great with bigger better attractions. You will have two Dumbo rides of which used to be CRAZY wait time for the one. You will have another young ones train ride the 7 drarfs mine train that will take over scary adventure of which my son hated. You will have cool nice indoor place to visit with Princesses and wait in one long line instead of 5-6 lines each. You will get new areas for eating experiences like Be Our Guest in Beast Castle. Little Mermaid new ride. I know it will be lot of princess stuff but my son likes meeting the princesses just as much as the girls do….why cause they can TALK. I liked the toontown but I would never say it was my favorite….cause it was classic but no real excitement to it for adults or teens. It is also a great way to bring in more customers….it is called marketing and Disney is NOT the only company that does it people…they are just the BEST at it. I like that they are not having the same old things and want to bring more excitement and new things to learn and explore….

I couldn’t believe when I got to Magic Kingdom and Mickey & Minnie’s houses and neighborhood were gone……Disney world was built around Mickey; how could the delete them from the theme park!!!!!

I started crying looking at the pictures): i can’t believe its been more than a year now since mickey and minnie had to move somewhere else.

Toontown was more for all kids fantasyland seems to be just for little girls with all the princesses in there.

I was there Tuesday and was super excited to go back in ToonTown. But as I was walking around the park, I noticed the new dumbo circus things and didn’t see ToonTown. My mom finally asked a worker where ToonTown was and she came back saying “They got rid of it.” And on the outside, I was just like ok. But the inside I was so friken angry and sad. THAT WAS MY CHILDHOOD. My most favourite spot in Disney! And it’s GONE?! FOR FANTASTYLAND AND DUMBOS CIRCUS?! Also when we were park hopping, I went to disneys Hollywood studios and we went on the backstage tour. And in the wear house, look around. There are scratched, stained, dusty, ruined furniture from Mickey and Minnie’s houses. I just was OMG. It’s hard to hold in tears. :,( Goodluck Everypony. ToonTown is indeed, gone forever.

i love Mickey’s Toontown Fair. I got two questions.

1. I understand that they closed for Fantasyland Expansion, but why?
2. Where are they going to move that land?

They didn’t move it. They just closed it.

Reservations for workshops at Epcot’s Festival of...