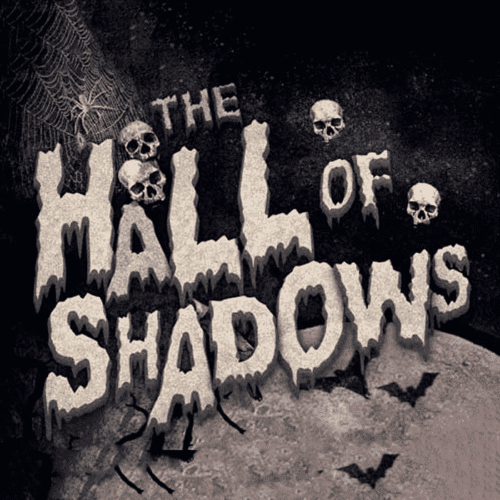 Midsummer Scream Halloween has announced the 14 hants participating in the 2017 Hall of Shadows.

The Midsummer Scream Halloween Festival horror convention, which returns to the Long Beach Convention Center on July 29-30, has announced the 14 home and professional haunters who will create mini haunted houses for their 2017 Hall of Shadows.

Midsummer Scream’s 2017 Hall of Shadows takes over a large portion of the California convention’s show floor with billowing fog and roaming monsters. For 2017, the Hall of Shadows will feature 14 highly-themed “mini haunts” representing professional and home-made attractions from around Southern California. 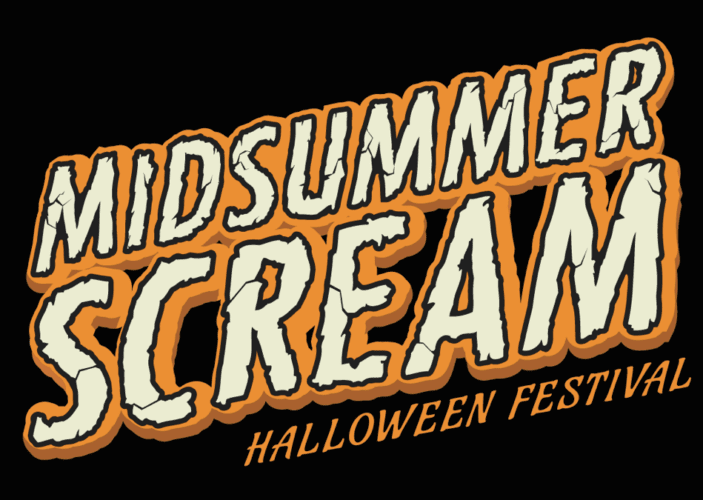 “Hall of Shadows is a substantial component of Midsummer Scream,” says the convention’s Creative Director, Rick West. “Last year, we featured 9 mini haunts within the Hall; this year, we are upping the count to 14. We are thrilled with the diversity of participating groups this year, from extremely popular pro haunts, to some of the greatest home haunts in existence. Add the awesome spectacle of the Decayed Brigade slider team into the mix, and you’ll find that we have a Hall of Shadows experience this year that is truly epic. Hall of Shadows is a cornerstone of Midsummer Scream, as there is nothing that defines Halloween in America more than haunted houses and lurking monsters. It’s going to be a blast, and all of our participants are raring to go!”

Taking up approximately 1/3 of Midsummer Scream’s 92,000 square-foot show floor, installation of the Hall takes careful planning and coordination well before the doors open to the public. For months, haunters plan their attractions and fabricate them off-site; once it’s “GO time”, each group drives onto the show floor of the Long Beach Convention Center and drops off their haunts in pieces before set-up begins. With 14 attractions being installed at the same time, it’s a virtual ballet of large trucks, haunt build crews, and Midsummer Scream staff members all communicating and working in unison for 48 hours leading up to the opening of the show. 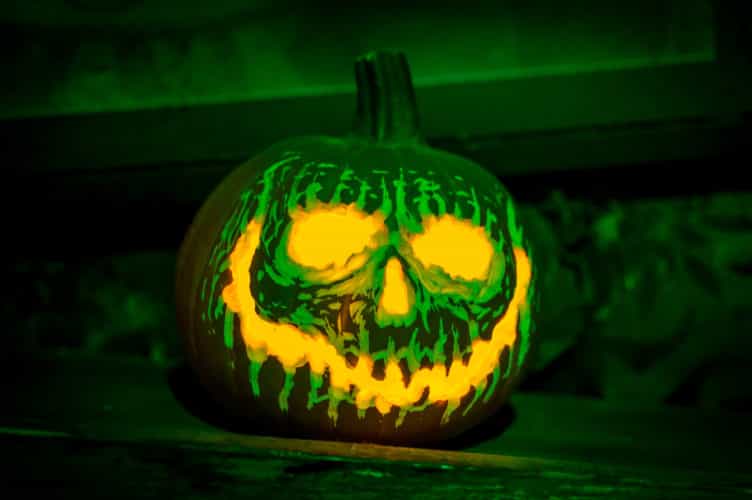 Each light above the Hall must be manually turned off once the haunts are installed. To make the area even darker, an extremely large black curtain measuring roughly 325 feet in length (almost the length of a football field) is raised more than 20 feet above the show floor.

This year’s Hall of Shadows entry portal is being designed and built by CalHauntS (California Haunting Society), a group of talented Halloween enthusiasts. Sleepy Hollow is the inspiration for this year’s entrance to the Hall of Shadows. Guests will transition from the show floor into the Hall of Shadows as they pass underneath a gothic archway into an eerie cemetery, complete with weathered tombstones and macabre scenic elements. 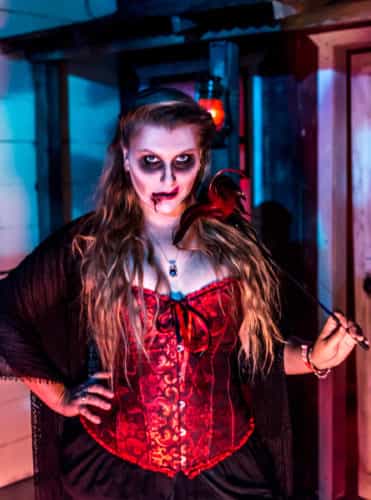 The Hall of Shadows will be open Saturday and Sunday, July 29 and 30, during show hours. It is not intended for small children; it is recommended that only guests age 13 years and older venture into the Hall itself. Each haunt will be closed periodically throughout the day for necessary crew breaks.

For more information regarding the Hall of Shadows 2017 haunts, visit MidsummerScream.org, and watch this video for a look at last year’s Midsummer Scream:

Challenge Santa to a gaming duel at...