‘Mira, Royal Detective’ to solve mysteries on Disney Junior in 2020

Disney Junior has announced “Mira, Royal Detective,” a brand-new animated show for 2020 that will take viewers on a journey to Jalpur, a magical land inspired by the cultures and customs of India. 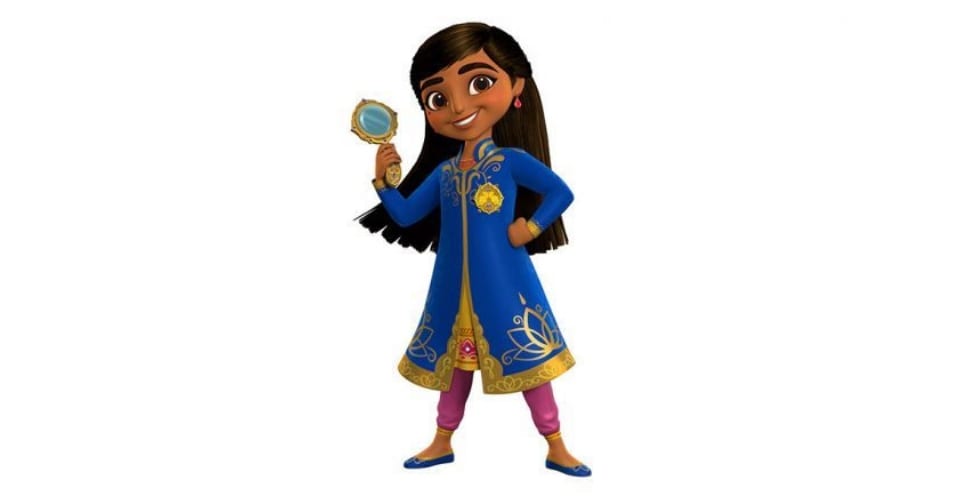 A new animated series based on the customs and cultures of India will debut on Disney Junior in 2020.

Production is now underway on the new series, in which Mira, a young commoner, becomes a royal detective after she solves a mystery and saves the kingdom’s young prince. She will travel throughout Jalpur to help both royals and commoners alike. Each episode will feature two 11-minute stories that include authentic music, dance, and customs that are infused with India’s heritage.

Mira will be voiced by 15-year-old newcomer Leela Ladnier. The detective will be joined by her friend Price Neel, voiced by Kamran Lucas (Disney’s “Mech-X4”); her cousin Priya, voted by newcomer Roshni Edwards; and two comical mongooses, Mikku and Chikku, voiced by Kal Pen (“Designated Survivor”) and Utkarsh Ambudkar (“The Mindy Project”).

“We are eager to introduce kids and their families to the rich, diverse cultures and customs of India through Mira, a young girl who looks at things with her own unique lens to gain different perspectives and help others in her community,” said Joe D’Ambrosia, senior vice president of original programming for Disney Junior. “We hope that she will encourage our audience to engage actively with the inspiring world around them and appreciate the little details that make life extraordinary.”

Stay tuned for more clues on Mira’s debut on Disney Junior in 2020. To learn more about Disney Junior’s other offerings, visit DisneyNOW.com.

Theater Review: ‘Hello, Dolly!’ will twirl its way into your heart

Festival of the Lion King moving to...