More peeks at the testing of Universal’s Cinematic Spectacular 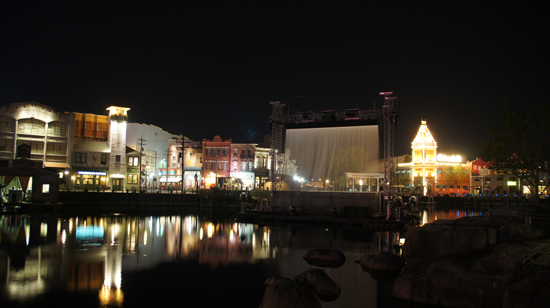 Universal Studios is open later in the evening during the Easter holiday week which allows us to bring you photos and video of some the preparation that is in progress for the upcoming new lagoon show, Universal’s Cinematic Spectacular: 100 Years of Movie Memories. Above is a basic “all-on” test of one of the three curtain fountains. 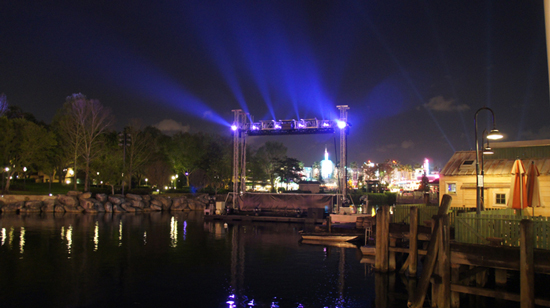 Sometimes there are quick tests of the lighting on the curtain fountain booms. 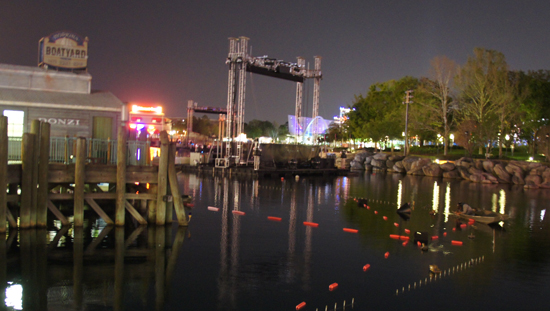 Boats can frequently be seen making rounds in the dark, as workers prepare for a run of the show after the park closes and is swept of guests. 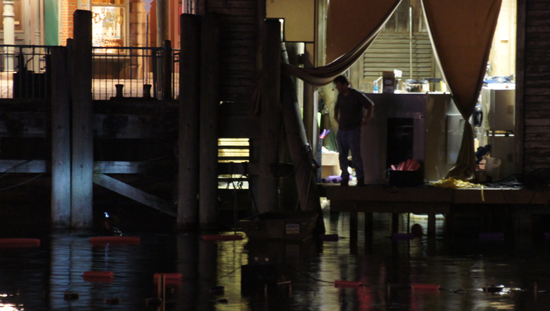 Sometimes you can spot swimmers in the water, such as above. The swimmer is to the left, with a headlamp, facing the New York wharf area dock. 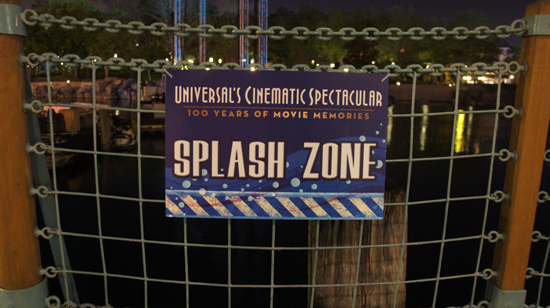 Advisory signs went up this weekend. 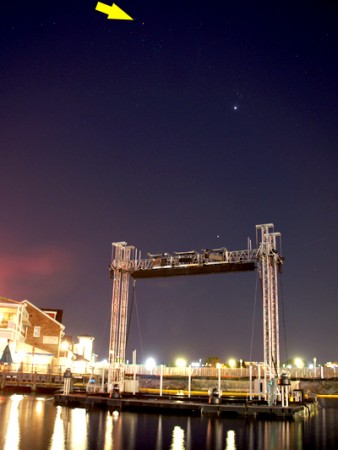 This is one more interesting photo to show. The brightest white dot in the sky is the planet Venus. Below, just above the boom, is a white dot that is the planet Jupiter. The arrow points to a red star in an arrangement of stars in a V form – this V is the face of Taurus the bull, the red star is the bull’s red eye. One of front hoofs of Taurus is the cluster of stars seen above Venus.