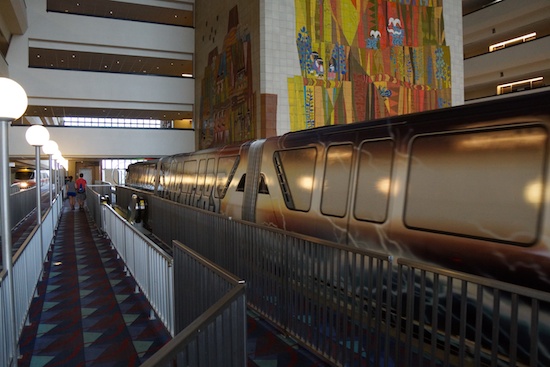 The newly wrapped monorail for promotion of Marvel’s upcoming film, The Avengers, debuted today at Walt Disney World. The new black design features many of the heroes from the movie.

One end of the monorail features The Avengers symbol. In the middle is the name of the movie and its release date, May 4. Then at the other end are the heroes, Black Widow, Hawkeye, Thor, Iron Man, Captain America and The Hulk.

The Avengers monorail is scheduled to run through late summer 2012. The wrap is covering Monorail Red. The design is the same on both sides. 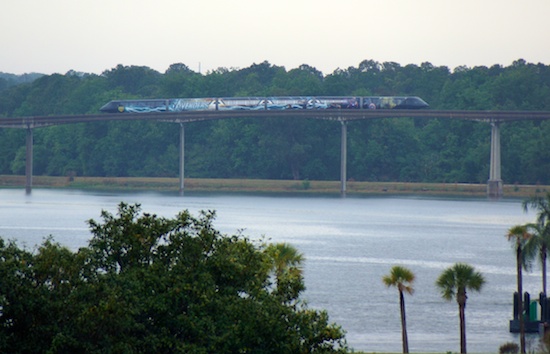 More peeks at the testing of Universal’s Cinematic Spectacular

till august really?
come on!
they had tron til march and they should stil keep it till at least next year

Dont like it. Should b downtown. Would fit the nightlife or wrap a bus.

looks sweeeettttt, cant wait to see it in person!

I love it! Wish they would keep it wrapped till November so that my sons could see it up close.