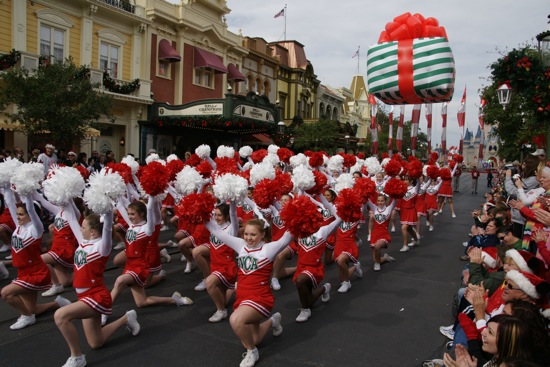 After a couple of days delay, the Disney Parks Christmas Day Parade television taping finished up yesterday at the Magic Kingdom. We brought you photos from the first day of recordings featuring Yanni and Kris Allen last Thursday, and the tapings were to continue the next two days, but Mother Nature had other ideas with constant rain. 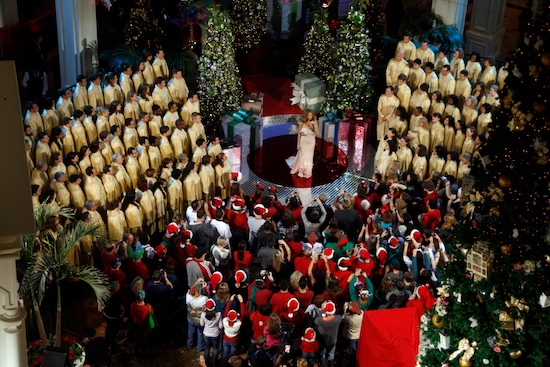 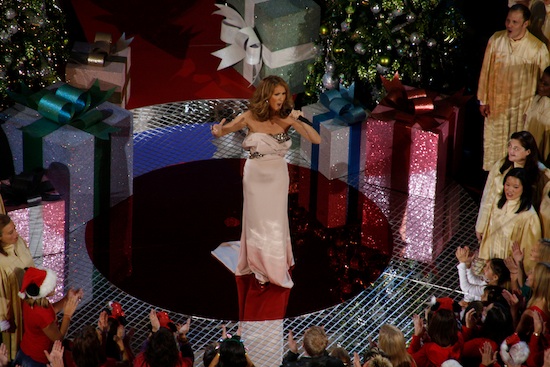 On Friday, Celine Dion’s performance was moved to the Grand Floridian Resort, where she had fans packing all of the balconies. (Click here for more photos of her performance, courtesy of Robert Ashburn.) 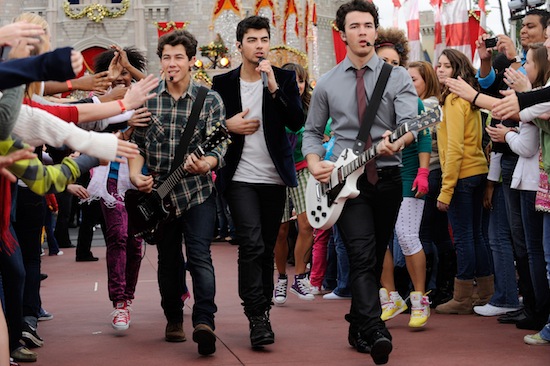 On Sunday morning the show went on with a performance by the Jonas Brothers around Cinderella Castle. We weren’t able to make it to the park that early, but you can read more about it at The Daily Disney. The audience were taught some dance moves, as you can see in the video below. 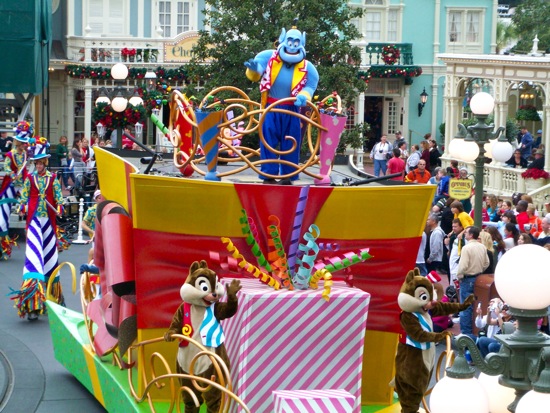 The Main Street portion of the parade started in the early afternoon. It was slow going as most floats or parade performers came down the street one at a time. Most stopped to perform, sometimes more than once so all the cameras could capture just the right shots. Here’s an iPhone video I shot of Mickey and his pals dancing in the street with park guests. 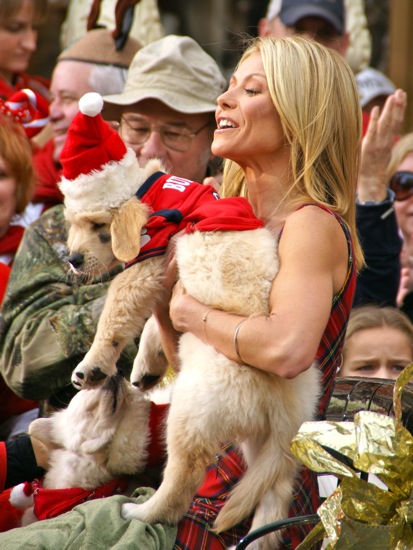 Kelly Ripa hosted the street parade portion by herself. She filmed up and down Main Street at different spots. Here she’s pictured with one of the stars of the Disney DVD “Santa Buddies.” 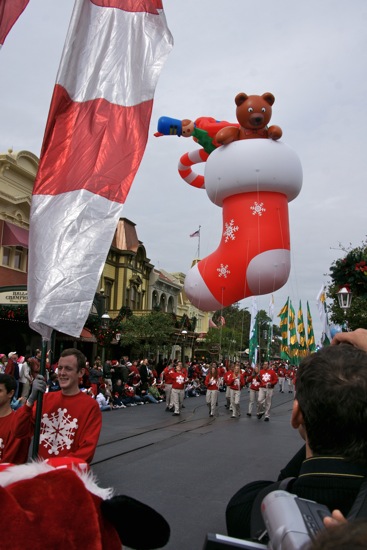 Most of the floats and parade performers weren’t the usual ones you’ll see in the park. Here’s a look at the special Club Penguin float. (Club Penguin is Disney’s online game for kids.)

Our full photo gallery of photos from yesterday’s television taping is below. The full parade can be seen on the ABC network Christmas Day.

Looks like fun, but I sure wish Disney would stop doing those awful Street Parties at the Magic Kingdom.

To the VP & CEO of Magic Kindom Florida… Yes I agree, please dump the Move It, Shake It-Celebrate Dance Party! It is terrible, I think you guys can do better than this!! Plus when you all re-habbed the 3 O’Clock Parade, you did a wrong move by confining many of the Characters to the Floats, plus the cheesy Characters that follow behind it, they rarely interact with the kids standing along the street sides, anticipating their getting to shake a hand or be slapped a 5 on the palm of their hand! All you guys did was remove the snow globes from the cheesy floats, and reduce the amount of Characters. When you see the floats up close, they have bang marks, scuff marks, chips of paint etc… What ever happened being “Show Ready”?

Now you take away “Mickeys Twas The Night Before Christmas Nut Cracker Musical” since you have taken the Tomorrowland Theatre over for Cast Purposes!! While squeezing the buck out of Park Guests, you deminish the nice things that were entertaining!!

Just so you know, your turnips are out of blood!

Chapel Hats is the first of many...