Movie Review: ‘About Time’ is much more than just a time traveling movie – Don’t miss it 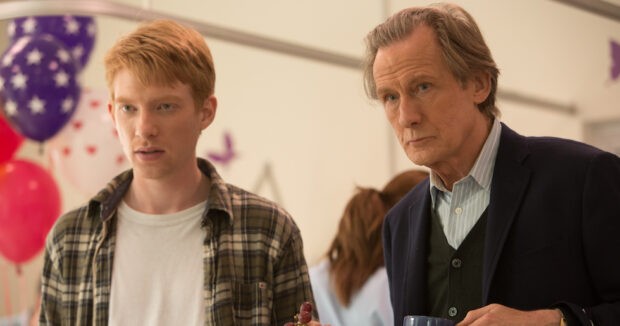 “About Time” is the story of an awkward guy with a British accent who travels through time and has a best friend named Rory. That may sound very familiar to Doctor Who fans, but this movie is much more about family relationships than sci-fi. Time travel may be the draw, or drawback, for moviegoers, but everyone will love “About Time”. 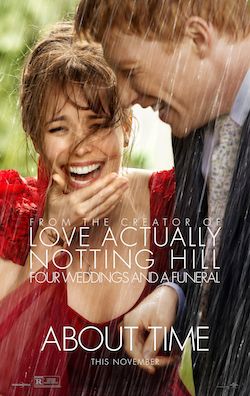 Tim (Domhnall Gleeson) is a red-headed Brit who has never had much luck with the ladies. So when his dad (Bill Nighy) tells him the unbelievable tale of all the men in their family being able to travel through time, Tim decides he’s going to use this new found power to get a girlfriend.

Before he starts taking advantage of his new ability, Tim’s dad tells him the rules (well, most of them): he can’t travel to a future he hasn’t already lived and he can only travel back to his own past. Basically, he can use his ability to redo his mistakes. When he wants to go back, he goes into a closet or other small dark room and makes fists and thinks about the moment he wants to go back to again.

Rachel McAdams plays Mary, the girl Tim falls in love with. But Tim has to fix some hilarious mistakes to be with her, by traveling back in time to try again, and again.

The story takes you through most of Tim’s life, showing his relationship with Mary, his sister (Lydia Wilson) and his dad. Time travel adds a neat aspect to the story, but it’s really not the focus. It’s cliché to say, but it’s true about “About Time”: you’ll laugh and cry, and you may even get a new outlook on life.

Even though it sounds like a movie for the whole family, unfortunately it’s not. The movie is rated R. There is some cursing and sexual situations and dialogue. But it wasn’t really needed and they could have reached a younger audience without it. The only other fault I found with this movie was some of the camerawork. A few handheld camera shots were so shaky they took me out of the story.

“About Time” is more than a time traveling movie. It’s more than a romantic comedy, It’s a little bit of both of those but so much more. Even if it doesn’t seem like a movie you’d enjoy, give it a chance. It’s a movie your family, from mature teens to grandparents, will enjoy.

There are no extra scenes at the end of the credits, but you may want to stay for the shots as the credits begin.