Movie Review: Fantastic Beasts is like an old friend but completely new 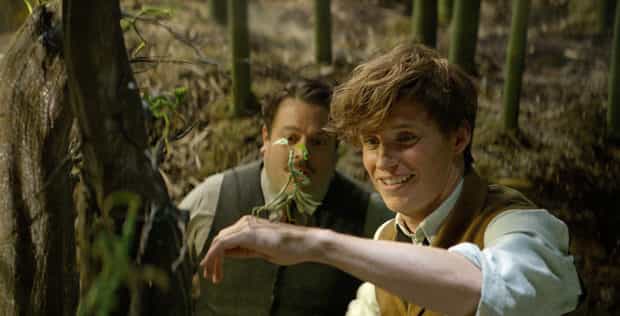 Dan Fogler as Jacob, Eddie Redmayne as Newt and a beast called a Bowtruckle in “Fantastic Beasts And Where To Find Them”. Photo Courtesy of Warner Bros. Pictures

We’re going back. That’s all I could think the first time I saw the “Fantastic Beasts and Where to Find Them” teaser trailer. Now that I’ve seen the film in its entirety, I can say that I was greeted like an old friend but also given something completely new. Let me explain.

The Harry Potter series was there for me at all the right times. It was the story I needed to get through the rough adolescent years. When I went to college and everything was different and sometimes lonely, those books were the one constant. I could open up the pages and know exactly where I was and who I was. This is still the case, but while Harry Potter was the story I needed growing up, Fantastic Beasts is very much the story for the adult I’ve become.

The film is much more mature in its themes and presentation than Harry Potter. A lot of the story revolves around repression of one’s true self. While this theme is focused on children in the film, it’s something many adults struggle with. I know I do daily, whether it’s just trying to maintain a professional front at work or avoiding conflict with people I know won’t agree with my opinions. Fantastic Beasts is not a children’s bedtime story. Not only are the themes more mature, but there is also a lot of death. The deaths are unexpected and violent. As with all of J.K. Rowling’s work, there are parallels to be drawn between the actions played out on screen and current issues in our society. If you can believe it, Fantastic Beasts is even darker than Deathly Hallows.

All that said, there is an uncontainable joy about this film. That joy mainly emanates from Mr. Newt Scamander. In the beginning of the film, there’s a low angle shot of Newt walking through customs in New York. His pants are floating around his ankles, about three inches too short. From that one, insignificant detail, my love for Newt Scamander was officially born, and it has only grown from there. Eddie Redmayne is perfectly awkward and endearing as this character with a huge heart and an unwavering moral compass. This is the film hero I’ve been waiting for. Hufflepuffs all around the world will rejoice at being represented by this amazingly complex character. The writing of Newt is a work of art, and the delivery by Redmayne is Oscar-worthy. There are a few especially heartbreaking moments where the well-being of his precious creatures is threatened. In those moments, it is actually painful to watch Redmayne’s face. Painful in the best possible way since he makes you feel his misery. 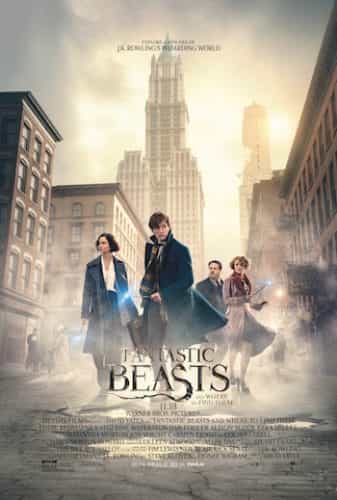 Newt is not the only amazing character in this film. The leading quartet is perfection. Each character is clearly defined. Each has mysteries and layers about them that I can’t wait to see revealed. Queenie is an extremely promising strong female lead for this franchise. She’s a glowing example of breaking feminine stereotypes. She is beautiful and sensual, but at the same time there is an intelligence and intuition in her that crushes the idea that you can either have brains or beauty but not both.

Visually, this film is stunning. David Yates’s growth as a director is evident since this film is so much more fluid than his works in the Potter series. The visual effects are magical but grounded, making the film believable and organic. The beasts are indeed fantastic. The adorable and mischievous Niffler leads Newt into some of the most hilarious moments of the film. The creatures in Newt’s case are detailed and carefully created. Even though they are entirely CGI, not one looks out of place. They blend beautifully into the world that Writer J.K. Rowling, Director David Yates and Producer David Heyman built.

When settling into your seat at the theater, prepare yourself for a wild ride. There are twists and turns in this film that could only be pulled off by J.K. Rowling. You’ll find yourself feeling as if you’ve dove into the pages of one of her novels. The characters are unmistakably Rowling, as is the dialogue and the quirky humor. You will encounter things you’ve never seen before, but then you will remember that these aren’t entirely new ideas in the magical world. Rowling is, after all, the queen of expanding small details into significant plot points. She’s done so again, but this time she’s crossed decades, an ocean and storylines to do it.

So sit back, shed a tear at the WB logo as the familiar music swells, and then, as the score changes to a fresh melody, embark on this next adventure.

“Fantastic Beasts and Where to Find Them” is rated PG-13, is available in 3D and runs about two hours and 15 minutes. There are no end credit scenes.

Special thanks to MuggleNet for allowing us to share this review. Click Here to listen to a episode of the “SpeakBeasty” podcast where they discuss the film after seeing it (spoiler-free). If you’re interested, MuggleNet also has a spoiler-filled review.

In The Parks: While you won’t yet find anything from the film in The Wizarding World of Harry Potter at Universal theme parks, it is set in the same world, so a visit is in order. But there are already rumors that Fantastic Beasts attractions will be added to the parks. (One rumor has something Fantastic Beasts replacing Dragon Challenge at Universal’s Islands of Adventure.) With four more Fantastic Beasts films planned, we’d say that’s a strong possibility.

Kevin from Disney/Pixar’s ‘UP’ now meeting at...

How to watch and what you can...