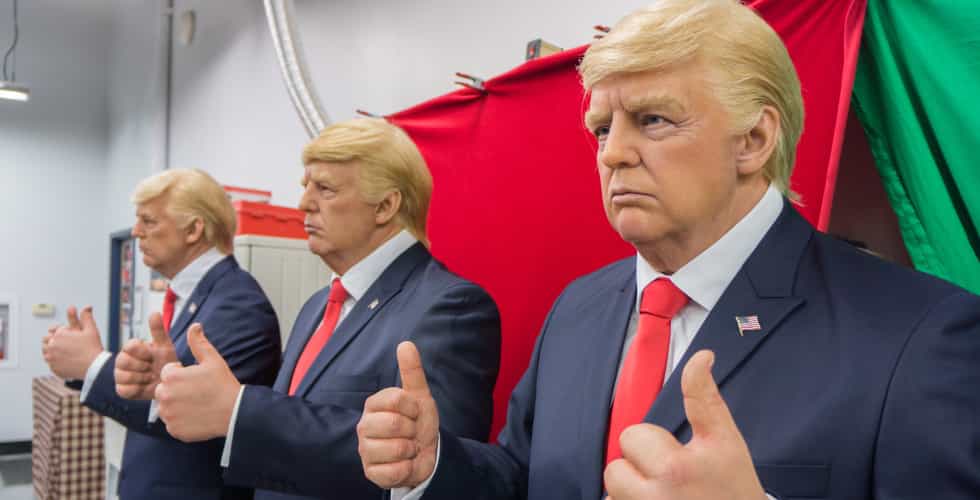 Orlando’s first Donald Trump wax figure has made its debut at Ripley’s Odditorium.

Likenesses of Donald Trump are still on their way to Disney’s Hall of Presidents and Madame Tussauds, but the very first life-sized wax figure of the President-elect has been unveiled at Ripley’s Believe It or Not Odditorium on Orlando’s International Drive.

Ripley’s new Donald Trump wax figure is located the Odditorum’s lobby and can be seen and photographed for free, for a limited time. According to Ripley’s, “just as in real life, the wax Trump is polling at about 50% – loved by some Ripley’s visitors, loathed by others.” 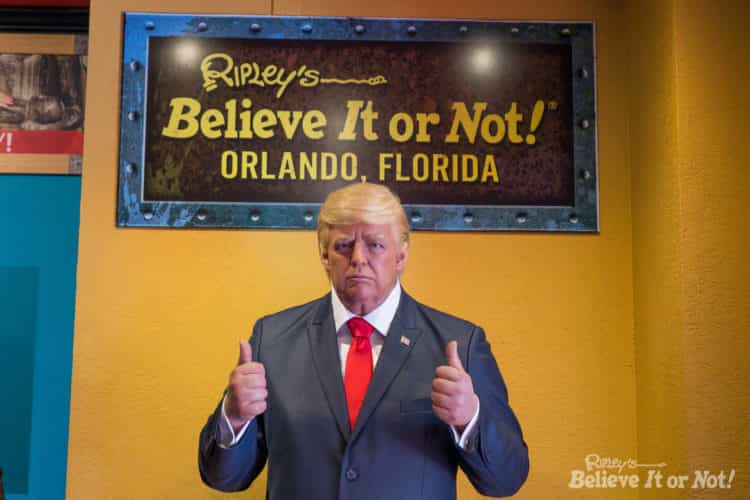 Ripley’s F/X team started creating the first Trump figure about four months ago. Each is sculpted by hand by a team of artists, using photographs to create the likeness. Each figure takes about six weeks to complete. Win or lose, the Trump figures were destined for Louis Tussaud’s; after Tuesday’s election results they’ll now stand with other presidential wax figures.

Visit Ripley’s website for more information about the Orlando Odditorium, and watch this episode of Attractions The Show for a peek inside the Ripley’s Warehouse:

Movie Review: Fantastic Beasts is like an old friend but completely new