Movie Review: Find out the secret of Tinker Bell’s wings in the latest Disney Fairies release 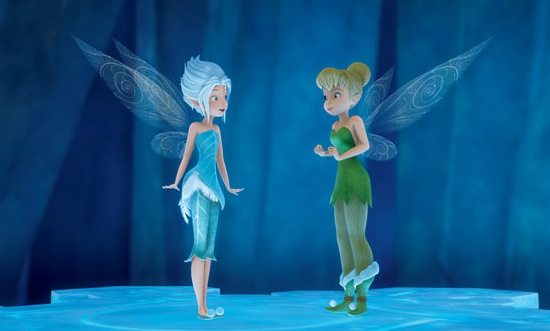 The fourth Tinker Bell movie is now available on DVD and in 3D on Blu-Ray, a first for the Disney Fairies franchise. Secret of the Wings is a cute, funny tale that could have easily been a hit in theaters, had it not been a home movie release. 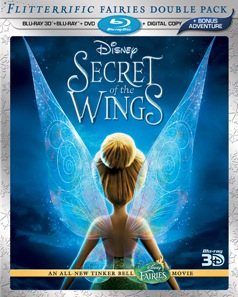 Although viewers won’t find out the true secret of the wings until the end of the movie, I’ll give a minor spoiler warning right here. There’s another secret that even Tinker Bell didn’t know about that is a major part of the plot. So stop now if you want to be totally surprised.

Tinker Bell is not only a tinkerer, she also is very curious and that often gets her in trouble. That’s the case when she journeys into the Winter Fairy’s domain – a no-no in fairy world. She heads to this cold land to find The Keeper, the author of a book about fairy wings to find out why her wings were recently glowing. Tinker Bell not only finds The Keeper, she also finds something she didn’t know she had – a twin sister.

The rest of the movie has Tinker Bell and her new found sister, Periwinkle, exploring each other’s worlds and trying to find a way to unit them and stay together.

The voice acting is spot on, the visuals are great (get the 3D version if you have a 3D TV) and the music fits well. This movie isn’t just for little girls. Everyone in the family will enjoy it. (Adults may recognize The Keeper’s voice as a great imitation of Tim Conway’s Mr. Tudball on The Carol Burnett Show.)

Guests can meet Tinker Bell and Periwinkle in a Winter-transformed Tinker Bell’s Magical Nook in the Magic Kingdom and at Disneyland. Here’s a look:

Universal Orlando to have a ‘big’ announcement on Nov. 1 – Transformers is rumored but is there more than meets the eye?