Movie Review: Finding Nemo is back on the big screen in 3D 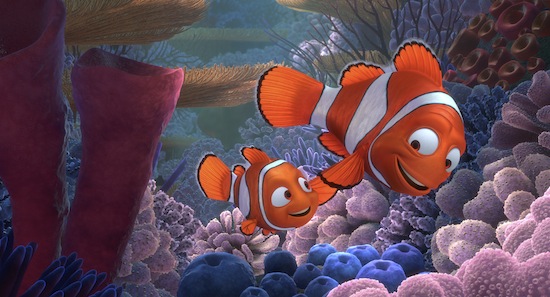 Finding Nemo is back in theaters, but is it worth paying to see it again in 3D?

Before the movie starts you’ll see a Toy Story Toon called Partysaurus Rex about the T-Rex from the Toy Story movies. It’s about how Rex goes from a party pooper in Bonnie’s room to a partysaurus in the bathtub. The short film is a continuation of the three Toy Story movies, so if you’re a big fan of them, you may want to go see Finding Nemo just for that. I thought it was great.

The actual movie itself is the same as ever. But in case you haven’t seen it, it’s about a little fish named Nemo who gets kidnapped by divers. His dad, Marlin, goes on an epic search to find him, and meets friends along the way, including Dory, a fish with a memory problem. The 3D looks good at the beginning, but as the movie goes on, I didn’t notice it as much. The scenery in the credits had a few good 3D effects in it, but thats about it.

When it comes down to it, I might see it again for the Toy Story Toon, but not so much for the movie itself. It was slightly better in 3D and it kinda seemed more high definition than on DVD, so it’s better than watching at home, but you’ll have to decide how much that’s worth to you. If you haven’t seen Finding Nemo at all before, in the theater, in 3D, is the best way to go. You’ll love it.

“Finding Nemo” follows the momentous journey of an overprotective clownfish named Marlin (voiced by Albert Brooks) and his young son Nemo (voiced by Alexander Gould). When the two are unexpectedly separated in the Great Barrier Reef, Nemo is carried far from his ocean home and deposited in a fish tank in a dentist’s office. Buoyed by the companionship of Dory (voiced by Ellen DeGeneres), a friendly-but-forgetful blue tang fish, Marlin embarks on a dangerous trek and finds himself the unlikely hero of an epic effort to rescue his son – who hatches a few daring plans of his own to return safely home.

Love the fact that they are redoing some of the really good movies in 3d.

This one was my one of the favorite movie and I enjoys 3d effects movies most.