Movie Review: ‘Frozen’ will be among your Disney favorites 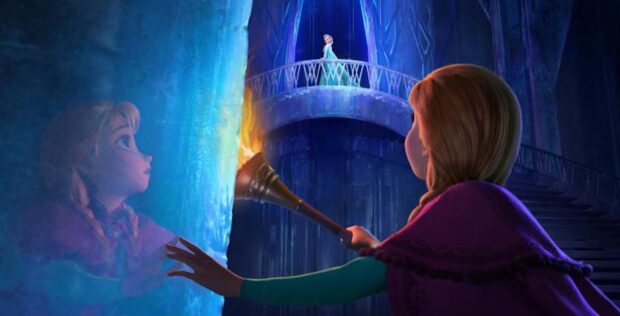 It’s hard to find any flaws in Disney “Frozen”. The visuals are great, it’s an engaging story, the characters are interesting and fun, and the music is stupendous. It’s not my favorite Disney movie, but it’s right up there. And I suspect it’ll be among yours too. It’s hard to talk about the movie without a few spoilers. But I’ll do my best. Besides, if you’ve seen the trailer, you know most of what I’m about to tell you. 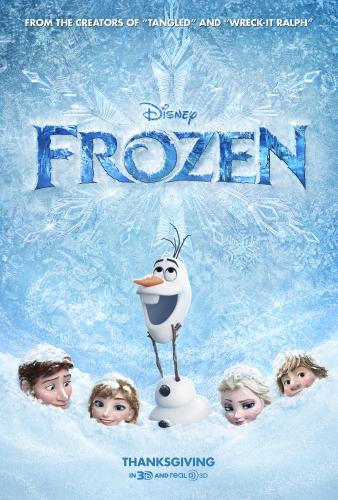 “Frozen” is a story of two sisters, Anna (Kristen Bell ) and Elsa (Idina Menzel). For unknown reasons, Elsa was born with the power to create snow and ice from her fingertips. This wasn’t a problem until her powers accidentally injured Anna. Elsa’s powers grew as she grew and they became more powerful and uncontrollable. With her parents’ help, she was able to control it and keep it a secret, even from Anna. But like a lot of good Disney movies, the parents die, leaving Anna and Elsa alone. This sets up Elsa to become Queen of Arendelle (a fictional town in Norway). But things go wrong with her powers at the coronation when she gets upset at Anna for impulsively getting engaged to a prince from another town. In her rage, Elsa accidentally puts a winter storm directly over Arendelle as she runs away to the mountains, distressed at her sister and at her inability to control her powers.

This sets up the main story of Anna’s trek in the snow to find Elsa and have her come back to their hometown and remove the storm. It’s along this journey that a few more characters join the movie: an ice salesman named Kristoff (Jonathan Groff), his dog-like pet reindeer Sven and Olaf the snowman (Josh Gad). Olaf is a snowman Anna and Elsa built as a child that has somehow come to life through Elsa’s powers.

Although the movie is full of funny moments and characters, Olaf steals the show. His song about wanting to enjoy the summer is really cute and funny, as is the other characters’ reactions to it. This leads me to a big part of the movie, the music.

Like a typical Disney animated movie (and Broadway play) Frozen’s characters burst into song mid-conversation. If you don’t like that sort of thing, skip this movie. It’s not my favorite way to tell a story but it’s really well done in “Frozen”. In fact, the music is a huge part of what makes this movie great. Two stand-outs are Olaf’s “Summer” and Elsa’s “Let It Go” (which you can both hear below).

Don’t you dare be late to see this movie or you’ll miss the awesome Mickey Mouse short, “Get a Horse”. This cartoon is almost worth the ticket price itself. Although “Frozen” is worth seeing in 3D, the short is a must in 3D. It will make you feel like you’re watching one of the spectacular 3D movies in the theme parks. It starts out as an old black and white Mickey Mouse cartoon (As seen below, featuring the voice of Walt Disney as Mickey), but then it joins the modern age. Keep an eye out for the hidden Oswald.

“Frozen” is rated PG. Although it is sort of being marketed as a holiday movie it’s really not. The movie is being released in the fall and is about a town in the summer getting a winter storm.

Don’t leave during the credits. Besides hearing a new rendition of “Let It Go” by Demi Lovato, you’ll see a short funny scene at the very end featuring one of the forgotten characters in the movie.

Besides the merchandise, there are a lot of ways to experience “Frozen” in Disney’s theme parks.

Meet Anna and Elsa in the Norway Pavilion at Epcot:

Stars walk the white carpet at the “Frozen” World Premier

Frozen meet and greet at Disneyland with Olaf, Anna and Elsa

Here’s the first part of the Get a Horse cartoon short:

Here’s the trailer for “Frozen”:

The theme parks are hiring, as usual