Movie Review: ‘House with a Clock …’ is frightening family fun

written by Brittani Tuttle September 19, 2018
“The House With a Clock in its Walls” is a cute family film, but might be a bit too intense for smaller children. But if you think your child can manage a few thrills and chills, this adventure-comedy will most likely be great fun for your family, especially around Halloween. 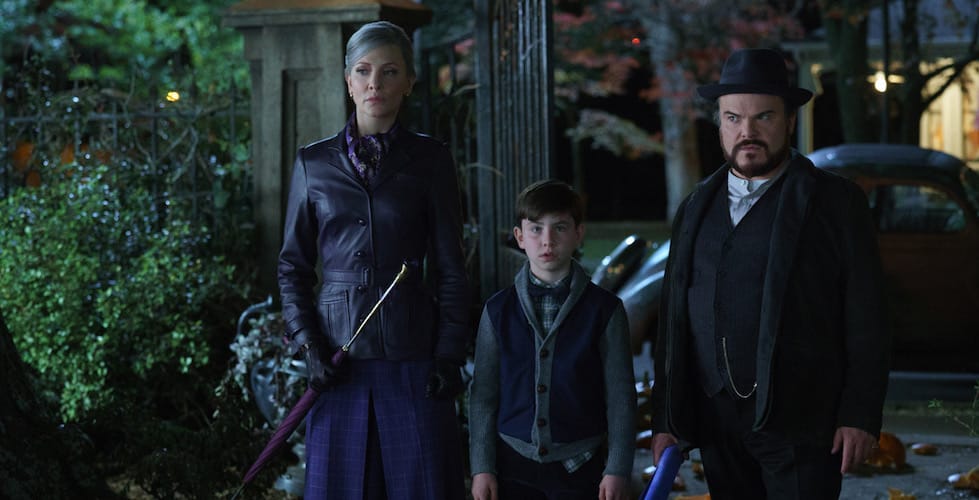 Based on the first volume in the beloved children’s series of books, the film is directed by Eli Roth. 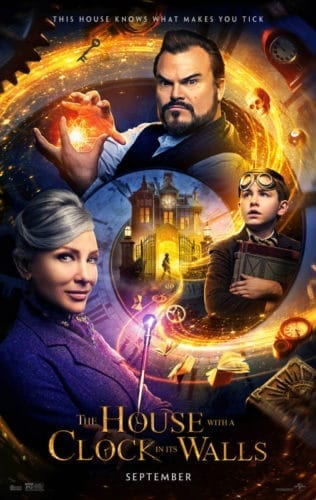 The official poster for “The House with a Clock in its Walls.

The story begins when 10-year-old Lewis (Owen Vaccaro) goes to live with his uncle after his parents pass away in an accident. He soon realizes the odd clock-filled house is alive with magic and his Uncle Jonathan (Jack Black) and neighbor Mrs. Zimmerman (Cate Blanchett) are powerful wizards.

While learning to become a warlock himself, Lewis accidentally raises the evil previous owner of the house from the dead. The three then have to use their magic to figure out a way to thwart his evil plan before the universe is destroyed.

I’m not sure how true to the original book this film sticks, as I haven’t read the novel. But that didn’t take away from my enjoyment of the movie’s comedy, plot or heart. “The House With a Clock in its Walls” runs an hour and 45 minutes and is rated PG. There are no end credit scenes.

Check out the official trailer for “The House with a Clock in its Walls“:

The House with a Clock in Its Walls - Official Trailer 1