Movie Review: ‘Solo’ is a great addition to the Star Wars universe, but doesn’t measure up to the main films 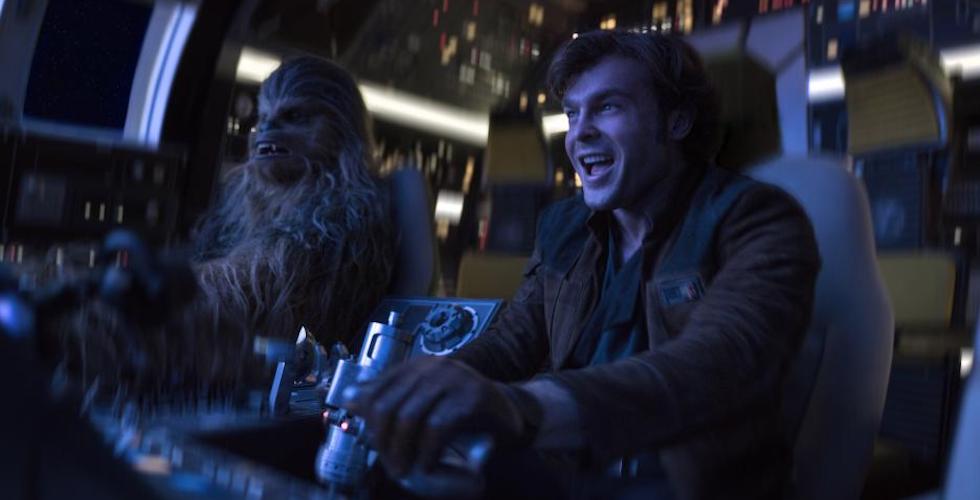 With the largely mixed fan expectations for “Solo: A Star Wars Story”, you may or may not be excited for this newly revealed chapter in the Star Wars universe. As long as you don’t go in with your expectations set to rival a main Star Wars film, you’ll have a fun time finding out some history behind the iconic Han Solo, and also the fates of some characters we haven’t seen before. This movie definitely contains plenty of interesting links to characters, places and things throughout the Star Wars canon. 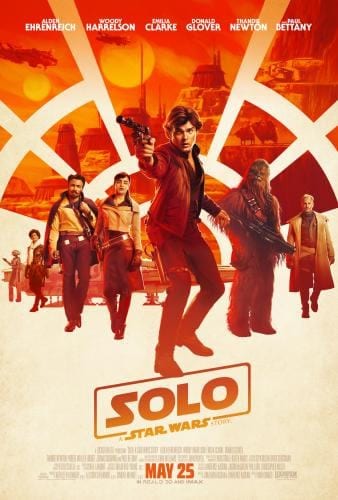 Growing up on the streets of Corellia, Han Solo (Alden Ehrenreich) and Qi’ra (Emilia Clarke) dream of finding their way off-world and traveling the stars. Eventually Han escapes, but is forced to leave Qi’ra behind, and is led into the Imperial academy. Plagued by the thought of leaving her behind, Han swears he’ll find his way back to save her. Three years later he gets caught up with a gang of smugglers (Woody Harrelson, Thandie Newton, and Jon Favreau) who eventually steer him toward Chewbacca (Joonas Suotamo), Lando (Donald Glover), the Millennium Falcon and all the rest of the things we already know and love about Han Solo.

The cast was absolutely fantastic, the soundtrack was great, and the sets and effects blended together with the same artistry used to create the rest of the live action Star Wars universe. While the story itself might not measure up to one of the blockbusters, it’s a wonderful addition for the average Star Wars fan, or just a great night out with the family. And I highly doubt it’ll be the last we’ve seen of young Han Solo.

“Solo: A Star Wars Story” is rated PG-13. There are no end credits scenes, and I didn’t get the chance to experience it in 3D, but I imagine the environments and space battles would be enhanced by it.

You can visit the Millennium Falcon and/or meet Chewbacca at various Disney Parks and cruise ships. You’ll be able to pilot the iconic ship yourself when Star Wars: Galaxy’s Edge opens in Disney’s Hollywood Studios in Orlando in late fall next year and summer next year at Disneyland. The planet of Batuu is also making it’s way to Walt Disney Studios Park in Paris in 2021.

For another take on the movie, our video review is below. You may also want to read “Cast and crew talk Han’s origin in ‘Solo: A Star Wars Story’”

Here are some older, just for fun videos of Chewbacca: