Movie Review: Take a trip to Disney’s Zootopia, you won’t regret it 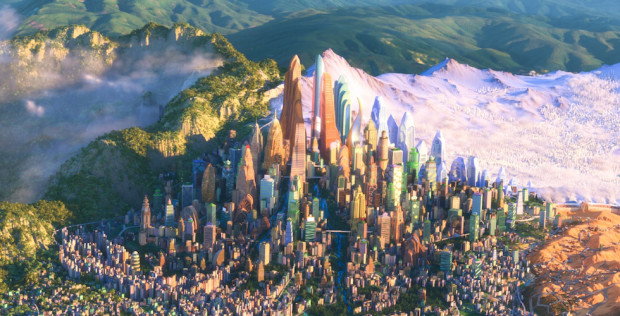 Animals: They’re Just Like Us! Well, they are in Walt Disney Animation Studios’ newest film, “Zootopia”. It’s a great film the whole family will love. Make plans now to take the train to Zootopia, you won’t regret it. 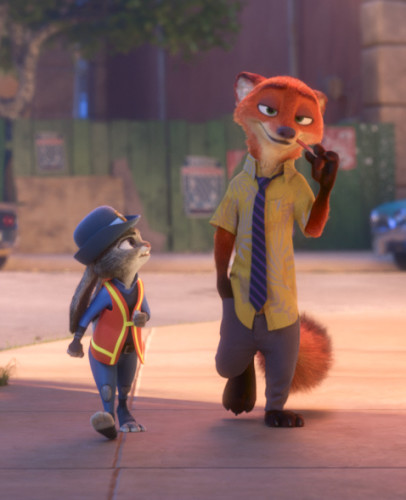 The movie is set in a world where humans don’t exist and all of the different animal species have evolved. Judy Hopps (voice of Ginnifer Goodwin) is a bunny who doesn’t know when to give up, so when they tell her rabbits can’t be police officers, she ignores them and becomes Zootopia’s first. It’s during one of her patrols that she meets a fox named Nick Wilde (voice of Jason Bateman), who lives up to a fox’s stereotype of being sly and sneaky. She doesn’t get along with Nick, but she must, to try to solve the missing animals case that’s hit the big city.

Yes, it’s sort of a buddy cop movie with animals. But that’s not a bad thing. The movie has a lot of parallels with the real human world right now when it comes to the different species getting along. There are numerous lessons taught during Zootopia, but they aren’t forced upon you. The lessons fit well within the story.

The voice acting was great. Even though I’m very familiar with the main two stars’ voices, they didn’t take me out of the movie. The only voice I heard which made me picture the actor each time I heard it was J.K. Simmons as Mayor Lionheart. Not that he was bad in the role, but he has such a distinctive voice.

I saw the movie in 3D, but I also saw the extended preview at Hollywood Studios which isn’t in 3D. Both looked great. There were only a couple of times in the movie where I noticed it was in 3D, so I recommend skipping it to save a few bucks.

“Zootopia” is rated PG and is about an hour and 45 minutes long. There’s some fun scenes as the credit start, but there’s no extra scene at the end of the credits. Unless you want to see the credits, you’re good to go once they start rolling. There’s also no short before the movie.

This is one of the better animated Disney movies. It’s has a lot of action, a great whodunit story that will keep you guessing, it’s cute, and all ages will be laughing out loud. Don’t miss it. We expect it’ll be the first of many trips to Zootopia.

In the Parks
There’s not much of a Zootopia presence in the theme parks yet. You can see an extended preview (which doesn’t give away too much) in A Bug’s Life Theater at California Adventure and at the end of One Man’s Dream at Hollywood Studios. You’ll also see some Zootopia merchandise for sale all around the parks, including Judy’s cool voice recording carrot pen.

The Judy and Nick characters have made a few special appearances, but they aren’t yet regularly meeting guests anywhere. Here’s a look at them at the L.A. movie premier:

First-Look at Zootopia characters at the L.A. movie premiere

Here’s the music video for the main song from the movie, which will get stuck in your head. It’s called “Try Everything” and it’s one of the main themes of the movie. It’s by Shakira AKA the famous singer “Gazelle” in Zootopia:

Shakira - Try Everything (from Disney's Zootopia)