Movie Review: Illumination’s ‘The Grinch’ is a ‘Despicable Me’ for Christmas

The story of how the Grinch stole Christmas is a classic holiday (or should I say, “wholiday”?) story that many have grown up with. Of course, like many other tales, it’s one that’s going to be retold time and time again to stay relevant with each generation. 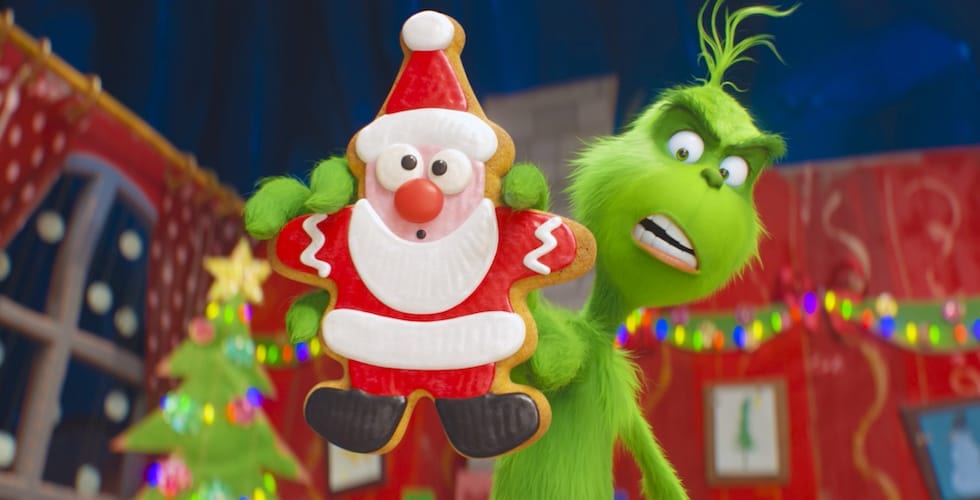 Illumination’s “The Grinch” is a retelling of the classic Seuss tale for a new generation.

The 2018 version of “The Grinch” tells the same tale of the Christmas-hating Grinch (Benedict Cumberbatch) and his plot to steal the happy Who’s whole Christmas.

It’s an Illumination animated film, and brings the same sort of art style and humor as “The Secret Life of Pets” and “Despicable Me.” In fact, it’s extremely similar to the latter, as both movies have a villain who steals something and then returns it after turning good through the help of a little girl/girls.

Just by listening to the mean, green one speak, you wouldn’t be able to tell it’s Cumberbatch’s voice you’re hearing. In comparison, you can absolutely tell that the narrator’s voice is that of Pharrell Williams.

Other new elements of the film include a plus-sized reindeer to pull the Grinch’s Sleigh, and a plot to catch Santa Claus by Cindy Lou Who (Cameron Seely). Other than that, the story as a whole pretty much stays the same. It’s without a doubt Illumination’s version of the classic Dr. Seuss story.

The Grinch is still mean at the beginning of the film, but as a whole, he’s a lot kinder than the Jim Carrey version of the character I grew up with.

There are many elements and songs from previous incarnations of this story that aren’t included. For example “Where are you Christmas?” isn’t included at all, and “You’re a Mean One, Mr. Grinch” is barely heard at all – except for Tyler, The Creator’s version playing in the background at the beginning. “Welcome Christmas” is the only true musical number in the entire movie.

All this being said, it’s still going to be a fun movie to see with the kids and a way to introduce them to the classic story and characters.

“The Grinch” is in theaters this Friday, Nov. 9. It’s rated PG and runs one hour and 45 minutes. You can catch the film in IMAX and 3D, but we experienced it in standard. There’s no reason to stay until the end of the credits.

You can find The Grinch and The Who’s at both Universal Studios Hollywood and Universal Orlando’s annual Grinchmas event. This holiday offering is themed more to the live action Grinch film, but you can still find merchandise, a few advertisements, and photo ops from the new movie.

Check out the trailer for Illumination’s “The Grinch” below:

Actually, you should stay through the credits of The Grinch. There are some additional animated scenes that show what happened later.