Movie Review: Thor The Dark World takes viewers on an action-packed ride to Asgard and beyond 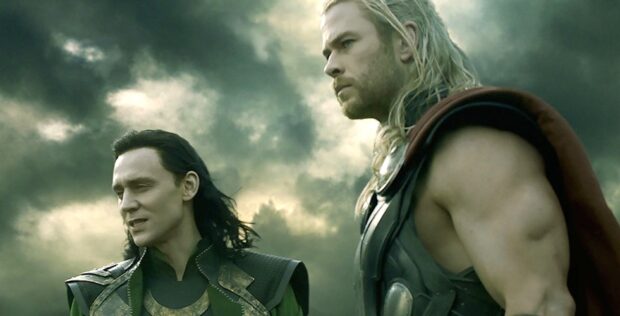 The latest Thor movie is entertaining and action packed. It not only has a new plot, but also continues the story of Thor’s (Chris Hemsworth) relationship with his human love, his parents and his adopted brother Loki (Tom Hiddleston). 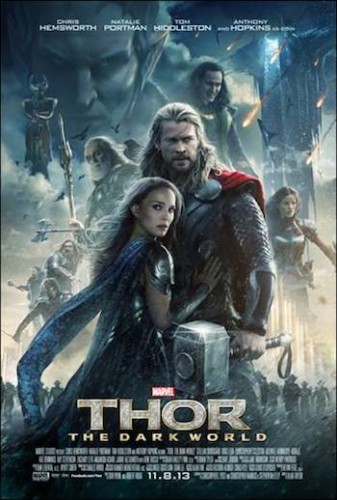 The Dark World refers to an accent race of Dark Elves who lived during Thor’s grandpa’s era. (Asgardians like Thor live thousands of years.) In this “ancient” time, the Dark Elves fought the Asgardians for control over a red flowing liquid called Aether that gives its possessor extreme powers. The Asgardians defeated the Elves and hide away the Aether since they can’t destroy it.

It turns out that the leader of the Dark Elves, Malekith (Christopher Eccleston), and some of his soldiers didn’t die, they just went into hibernation. Fast forward to the current day in the Marvel movie universe and enter Jane (Natalie Portman), Thor’s love. A voice-over tells the audience about the Nine Realms aligning and more information that you may find a bit hard to follow. But no worries, just know that Jane and her friends discover a portal between worlds, which leads Jane to find the Aether, which awakens the Dark Elves, who come looking for it.

The other plot, and one many in our audience seemed to be more interested in, is the tale of Loki, Thor’s troublesome adopted brother. He’s been incarcerated on Asgard for his crimes on Earth (in “The Avengers”) but what will happen when they need his help to fight the Dark Elves? Has he learned his lesson? Can he be trusted?

The majority of the movie takes place on Asgard and other planets besides Earth, but that doesn’t make it any less interesting. Although it isn’t needed to enjoy “Thor The Dark World”, you may be a bit confused by the story and characters if you haven’t seen both the first “Thor” movie and “The Avengers”. In fact, if you only saw the first movie, you’ll be confused why Loki is imprisoned and how his family found him. But they do try to explain it somewhat in the dialogue.

“Thor The Dark World” is full of action, surprises and funny moments. If you like superhero movies, and I assume you do since you’re reading this review, you’ll enjoy “Thor The Dark World”. Your level of enjoyment will depend on how much you like the Thor and Loki characters and storyline. It’s no Avengers, but none of the single hero Marvel movies can match that star power. Going in, I was worried about how they would go about having Loki team up with Thor. I thought it’d feel forced, just to get Loki a bigger part in the movie. But they did a good, believable job. Go see it.

The movie is 112 minutes long, rated PG-13 for violence and one expletive, and available in 3D. Although it’s not necessary to enjoy the movie, the 3D is well done. As with all Marvel movies, stay through the credits for extra scenes. This one has two extras, one just after the first section of credits and one at the very end. Don’t leave early. Visit the official website at marvel.com/thor.

Guests at Disneyland can meet Thor daily and see some props from the movie:

Thor: Treasures of Asgard opens at Disneyland featuring meet and greet with Thor

Here’s a look at the red carpet premier in Los Angeles:

My family and I enjoyed this movie!