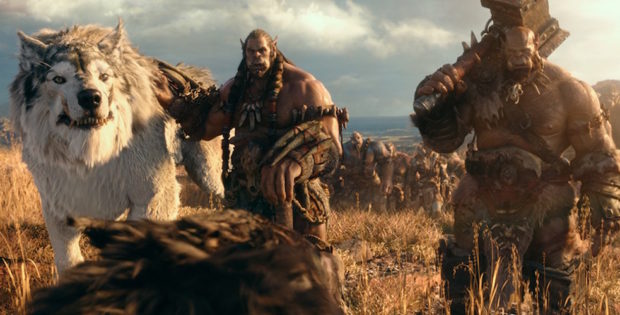 “Warcraft” opens with a fight scene between a human and an orc – a familiar feud for fans of the World of Warcraft computer games. No time is wasted as the characters of the two factions are introduced and they jump around from scene to scene, which can be confusing if you’re new to the franchise. The humans have lived peacefully on Azeroth for many years, but are caught by surprise when their villages are ransacked by an unknown enemy. The orcs, whose homelands are dying, face total extinction if they don’t leave for a new world. The two factions face off in a war as the humans fight to protect their home and the orcs fight to claim it as their own. 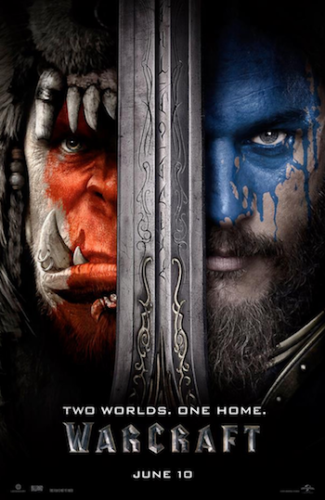 There is little room for the interpretation of a backstory on any of the main human characters, but the orcs are well introduced. Throughout the movie, you are given a glimpse of how they live as a savage people, yet strongly uphold their honor, pride and tradition. The filmmakers did a great job of portraying the orcs as they are in the gaming franchise.

Of course, with a title like “Warcraft”, the battle scenes are the highlights of the movie. Having seen the movie in IMAX 3D, every brutal blow by an orcs giant hammer, or slam of a sword on a shield, can be felt. The moment an orc is first seen up-close on screen, the fantastic level of CGI quality is evident. The orcs are a fierce and savage people and they did an excellent job of bringing their race to life in everything from their movement, to the facial expressions and voices.

There are however, other places they fell short in bringing the high quality Warcraft fantasy world to life, such as the human characters. I liked the main human characters enough but others seem to have been neglected, which left holes where the “epicness” of the fantasy could have been brought to life even more.

There is a decent amount of visual humor, especially if you’re already a Warcraft fan. However this is not backed by the dialogue, which can feel cliché and dry at times. There are a few main characters filled with emotion and passion that can be felt strongly, but this is certainly not the case for all the characters. Although this is not a romantic storyline, it seems as though they tried to shove one in between a couple of the main characters, but it never really has a chance to evolve.

Although the run time is two hours and three minutes, the movie doesn’t feel lengthy at all due to the constant action and battle scenes. If anything, the beginning of the movie is rushed as they set the stage for the rest of the story. On the flip side, telling this much of a story in one movie really puts them in a good position to follow with a sequel that could capture much more of what the Warcraft universe is all about. As a fan of the games, I am excited to see where they are able to take this franchise. There are no mid or end scene credits. If you’re a fan of 3D movies, I suggest seeing this one that way.

For a limited time, you can get photos with this statue outside the movie theater in Universal CityWalk: 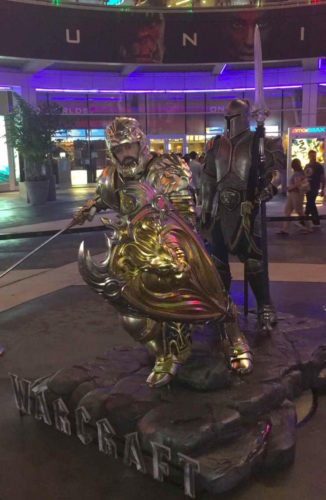 Mermaids added to Pirates of the Caribbean...

‘Lord of the Rings’ virtual challenge: Where...