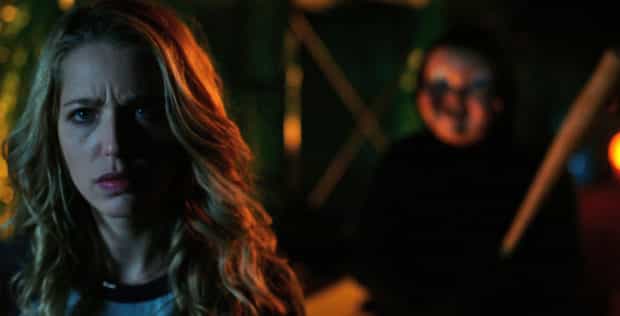 Blumhouse produces “Happy Death Day,” in which a college student (Jessica Rothe) relives the day of her murder with both its unexceptional details and terrifying end.

“Happy Death Day” is what you get when you take “Groundhog Day”, a murder mystery and a college film and put them all together. It may sound like a mish-mashed rip-off, but it manages to hold its own without infringing too much on other films. The story is enjoyable, funny and frightening, and at times, it infuriatingly teases you. 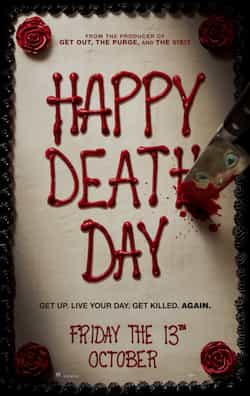 On a sorority girl’s birthday, she wakes up in a stranger’s dorm after a long night of partying. Tree (yep, that’s her name) (Jessica Rothe) takes the walk of shame back to her sorority house, chats with her fellow sisters, arrives late to class, and then goes out partying again that night. But before she can get to the end of the day, she is murdered. Then …

On a sorority girl’s birthday, she wakes up in a stranger’s dorm after a long night of partying. Tree (still her name) is having a major case of déjà vu, and repeats it all over again. But now she knows how the day is going to end. Unfortunately she still gets killed. This process continues throughout the movie while she navigates the day differently, getting closer to figuring out who’s killing her. Because her killer is wearing the mask of the collage mascot, and Tree hasn’t been a great person, the list of possible killers is long.

(This paragraph contains a very mild spoiler.)
Something that surprised me is the fact that each time Tree gets killed, her body retains a portion of the trauma her previous death caused, making her weaker each time. This fact is a bit glossed over toward the end of the movie, but was quite interesting and gave the story a sense that time is running out. Unlike Phil Connors in “Groundhog Day”, Tree’s clock is ticking and one of these days she could end up actually dead.

The film isn’t gory or filled with jump scares like a regular slasher film since after most of her deaths it immediately cuts back to the morning, not showing too much graphic material, earning the movie a PG-13 rating.

“Happy Death Day” is an hour and 36 minutes long, isn’t available in 3D and there’s no end credit scenes. It’s a fun movie for the Halloween season, or anytime. I’d categorize it as more of a thriller or murder mystery than a horror movie.

In the Parks
You can experience your own Death Day by walking through The Horrors of Blumhouse maze at Halloween Horror Nights at Universal Studios Hollywood. Here’s a look inside the house, which also includes the “Sinister” and “Purge” movies:

MagicBand Release Recap: Marvel and Mickey and Porgs, oh my!