MagicBand Release Recap: Marvel and Mickey and Porgs, oh my! 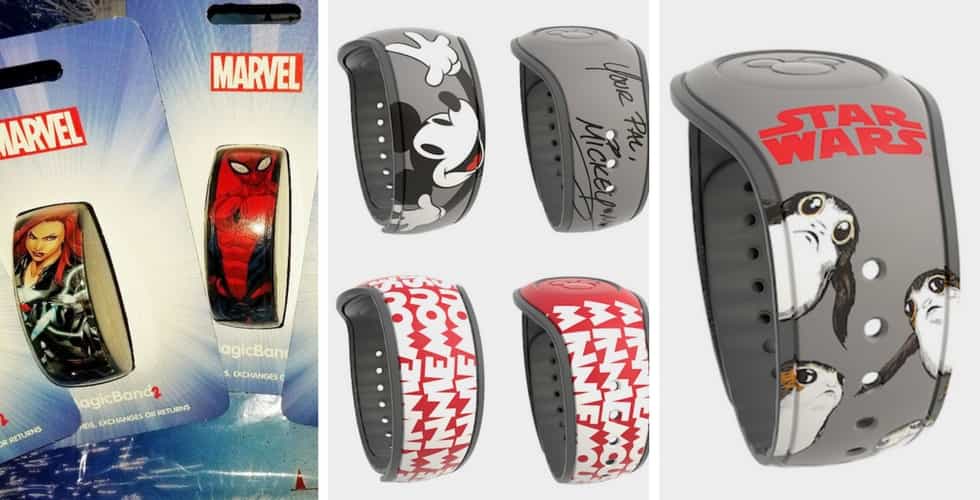 This month’s recap has some exciting new releases for some of Disney’s biggest franchises.

By Ethan C. Allen
For the month of September, there were major releases of MagicBands relating to huge franchises, as well as an early release for a park anniversary band.
It’s been a slower month than usual, but the releases have been big. Here’s a quick recap of what’s happening in the MyMagic+ world of Disney:
Star Wars Force Friday II was on Sept. 1 this year, and to celebrate, Disney surprised everyone with three new “The Last Jedi” MagicBands. Two are Limited Release at $27.99 each, and one at $22.99. They feature the elder Luke Skywalker, Chewbacca with the new Porg characters, and a new Stormtrooper Executioner character. If you’re interested in these bands, I’d say grab them now in the parks or on the Shop Disney Parks mobile app.

The new MagicBands for “Star Wars: The Last Jedi.”

On Sept. 18, Disney released their first-ever Marvel MagicBands! This set of five Open Edition bands retail for $22.99 each and include Thor, Iron Man, Captain America, Spider-Band, and Black Window – on an exclusive black colored band. These come in Marvel packaging, and the graphics are of the animated characters. Check them out: 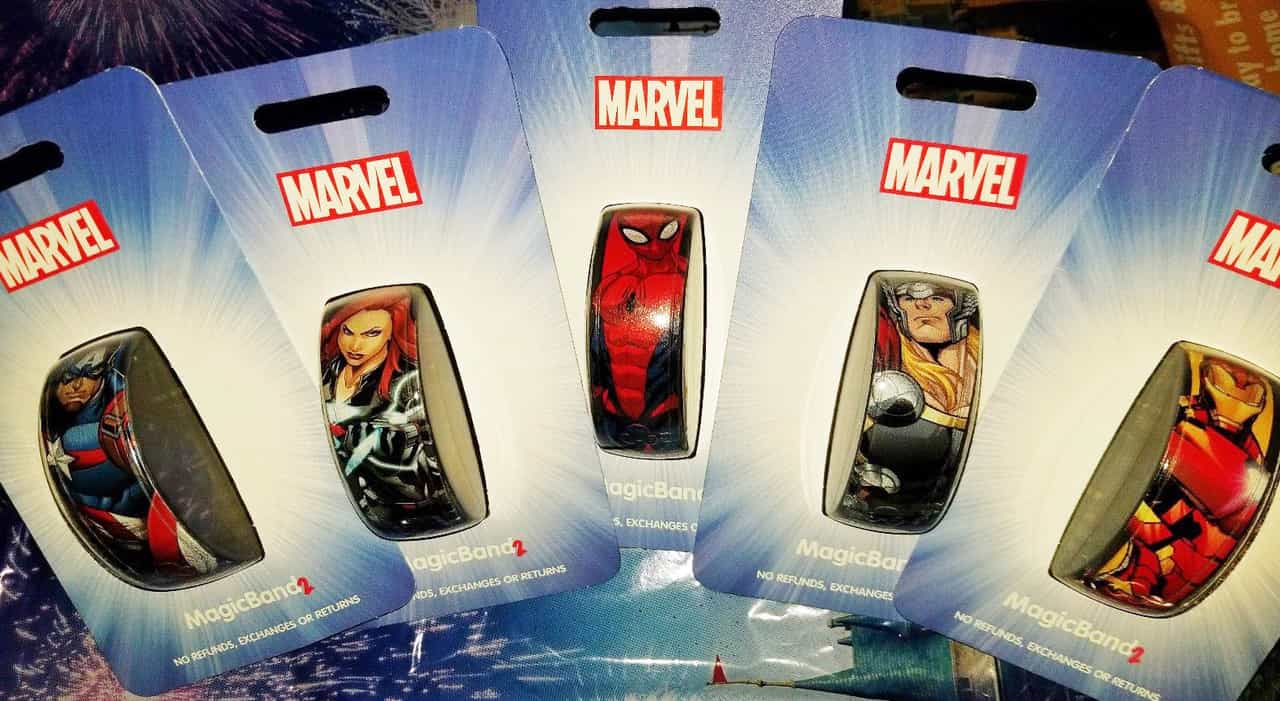 Another release this month was a new classic-style Mickey and Minnie Mouse set of Open Edition bands. These retail for $22.99 and are available now: 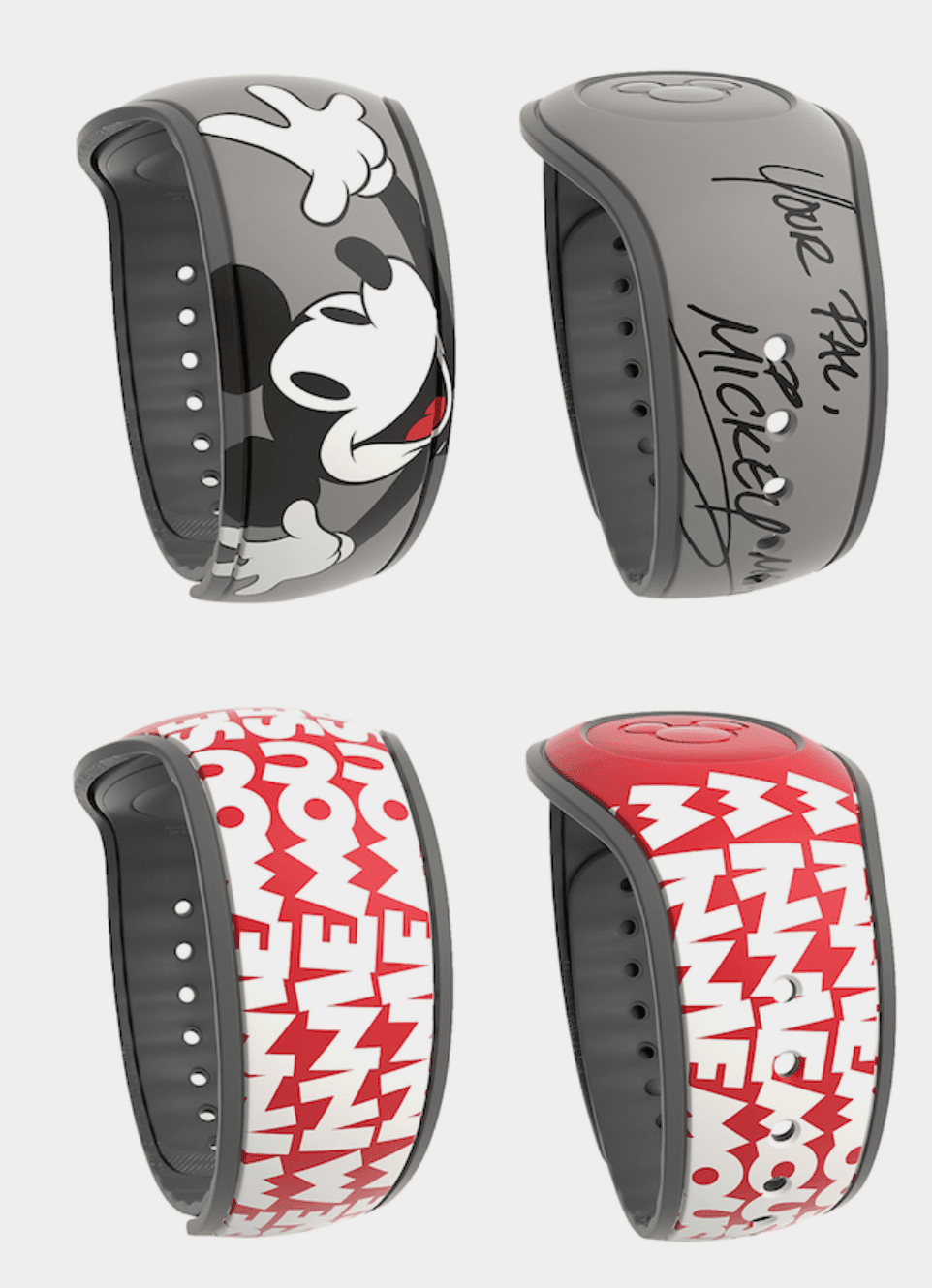 And finally, toward the end of September, the Epcot 35th Anniversary Orange Limited Edition 3500 MagicBand was released a few days earlier than planned at a store or two in Epcot. The band was originally supposed to be released on Oct. 1. I’ve mentioned this band in a previous article, but with the band’s early release, I was able to get a video of the special effects included with the band, which you can see in the video below. You can find this band on the Shop Disney Parks app for $32.99. It’s a hot item, and at one point were selling for $160 on eBay,  so get it quick!
Next month, I’ll discuss a new surprise release for the Epcot 35th Anniversary, as well as look into any hints of a possible 2017 Mickey’s Very Merry Christmas Party MagicBand. Here’s hoping for some big releases in the coming months!
• Ethan C. Allen owns and runs MagicBandCollectors.com, a hobby site dedicated to the collectability and technology behind Disney’s MagicBands and MyMagic+. A software developer originally from Seattle, he now lives right behind the Magic Kingdom with his wife and two kids. Ethan is also the CEO and owner of Sort It Apps, a mobile app business dedicated to helping people manage and value their collectables and collections. In his free time he also enjoys baseball and beaches.