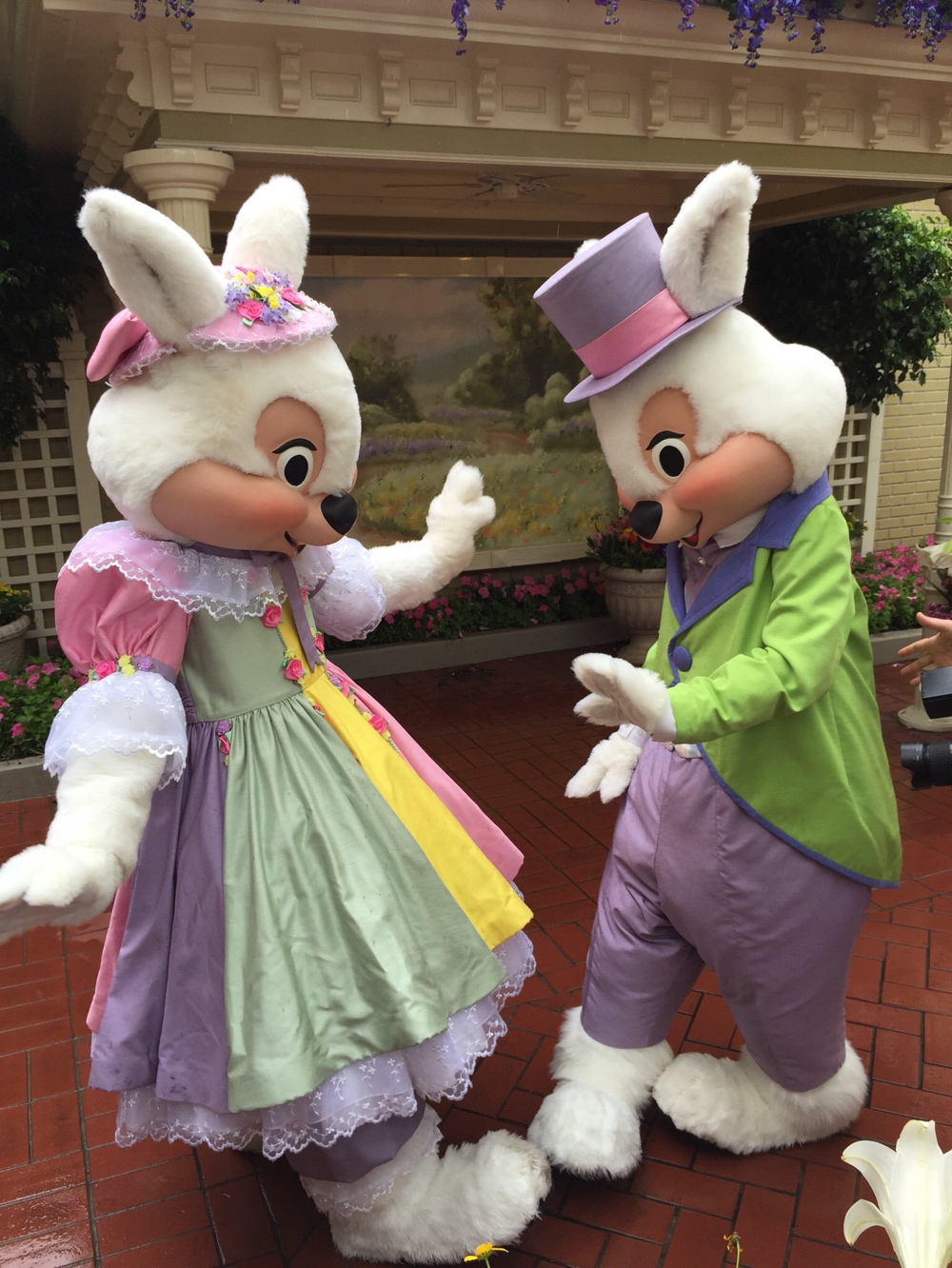 Mr. and Mrs. Easter Bunny are back at the Magic Kingdom beginning March 14. (Photo by Seth Kubersky)

It’s time to break out your bonnets and baskets, because Mr. and Mrs. Easter Bunny are bounding back into Walt Disney World’s Magic Kingdom beginning on March 14, 2016. The egg-loving rabbits are returning to Main Street U.S.A.’s Town Square Courtyard (between City Hall and the firehouse), where they’ll be greeting spring break guests from 9 a.m. to 6 p.m. daily through March 27.

If you haven’t yet had the pleasure of meeting the Easter Bunny couple in the flesh (or fur), you can see them at the 90 second mark in this video we shot of the 2014 Magic Kingdom Easter Parade:

In other Magic Kingdom Easter week news, we have updates on some addition park entertainment that has been expanded to handle the holiday crowds:

• From March 20 through April 2, Tomorrowland’s DJ Dance Party in Tomorrowland will run from noon to 11 p.m. The DJ will spin solo from noon to 3 p.m., when characters will join the party until it ends.

• The Disney Festival of Fantasy Parade will be presented twice daily at 12 and 3 p.m. on March 28 through 31.