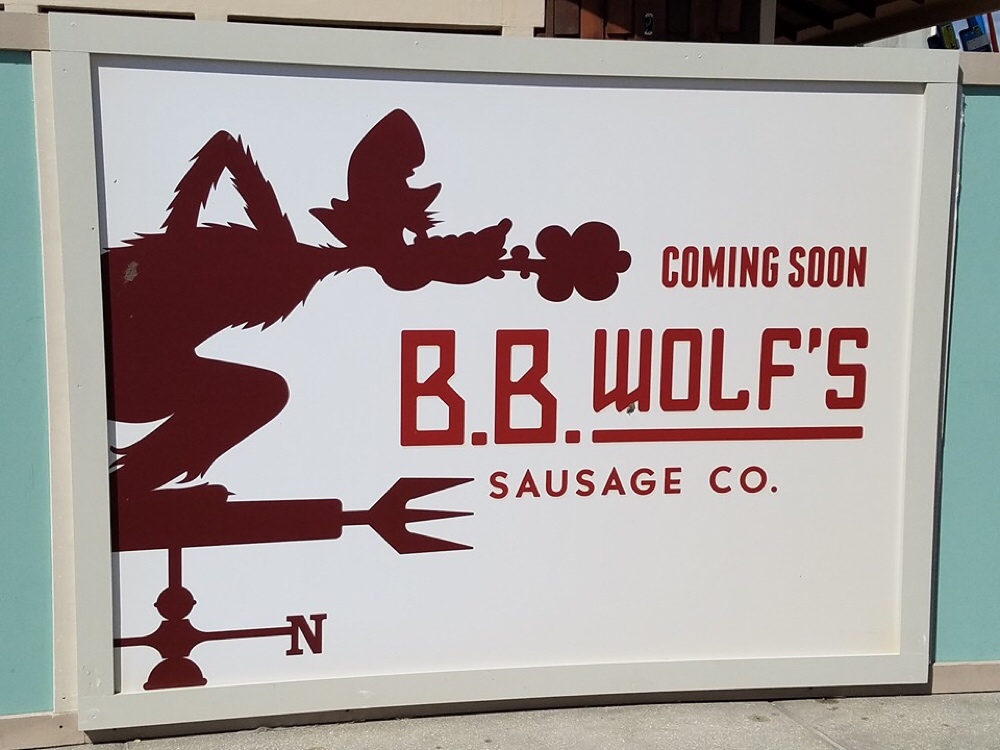 Disney Springs has recently seen an explosion of new places to eat, but don’t stop snacking yet, because two new food kiosks inspired by Disney cartoon characters are coming to the Marketplace area. Signs on construction walls have revealed AristoCrepes and B.B. Wolf’s Sausage Co. as the names of two new quick service food stands that are on their way to Disney Springs.

B.B. Wolf’s Sausage Co. is inspired by the Three Little Pigs’ nemesis, and will located outside T-REX. The kiosk will serve up gourmet wieners, though whether pork is on the menu is yet unknown. 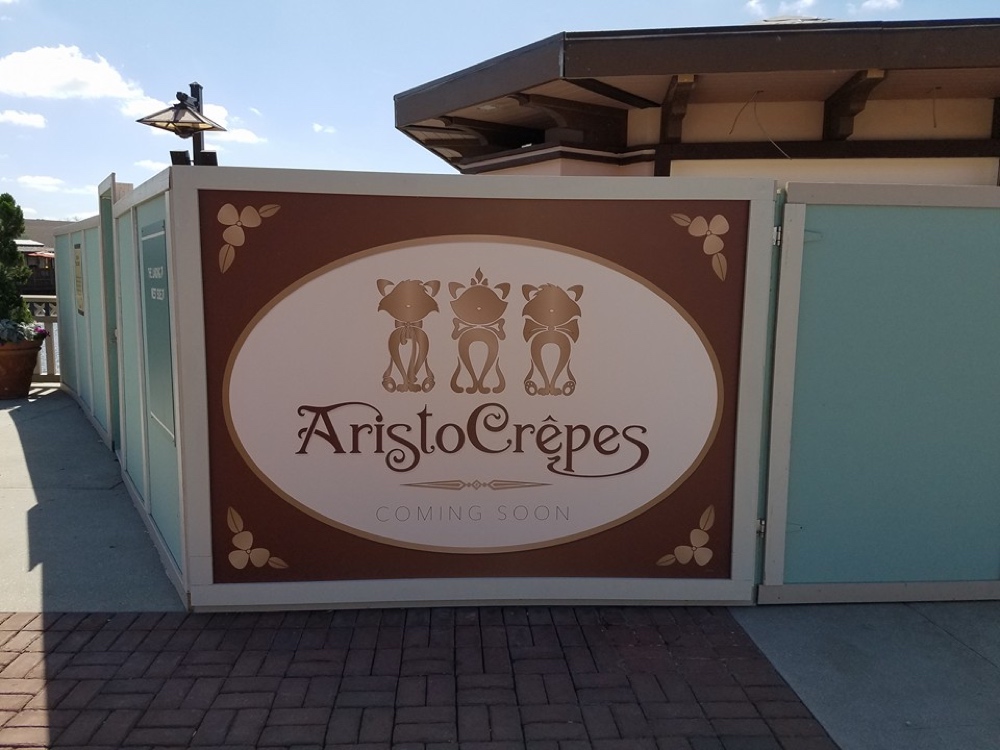 At the opposite side of Disney Springs Marketplace is the future site of AristoCrepes, near Rainforest Cafe. Themed to the feline stars of The Aristocrats, this stand will serve up the famous French pancakes, presumably in sweet and savory varieties.

These new quick service concepts might sound like satire (especially the first one) but we have confirmation from multiple off-the-record sources that they are the real deal. Unlike the many major retailers that were recently announced for the upcoming Disney Springs Town Center, the Mouse is currently mum on the existence of these two new kiosks, but we’ll let you know when they are open for business.

How much does food cost at Walt...