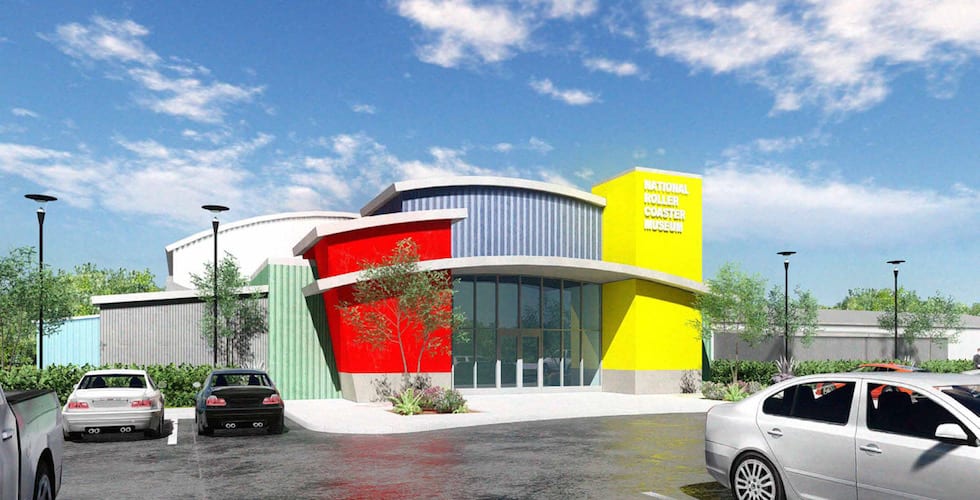 An artist’s rendering of the NRCMA with its completed expansion.

As a result of the unfortunate passing of National Roller Coaster Museum founding board member Mark Moore in 2016, the NRCMA is expanding its current archive facility complex to create a showroom for public access to select artifacts from the Museum’s collection.

The expansion will be named after Moore and will be a reminder of his success in the industry and his support of the NRCMA.

“The response by the industry to recognize Mark has been unprecedented,” said Jeff Novotny, NRCMA Chairman said. “Nearly $325,000 was raised in one day at the 2016 IAAPA Expo in Orlando, which proves Mark Moore was an innovator in the industry and inspiration to his peers. This effort is allowing the Museum to realize some of its loftiest goals.”

A second round of fundraising will be held at the 2017 IAAPA Expo on Nov. 14-17 in Orlando to assist in raising funds for this and other projects. 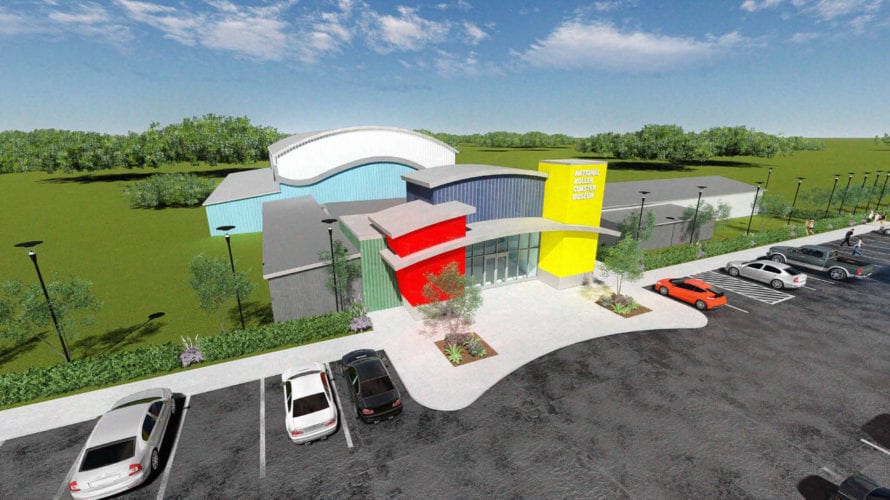 An artist’s rendering of the museum’s expansion, viewed from above.

The architectural designs for this expansion of the museum were donated by Herschman Architects in Cleveland. The color and whimsy of the design were inspired by the heritage of fun and entertainment of the midway, while the functional design offers state-of-the-art display and archive space.

For more information on the expansion and updates, visit rollercoastermuseum.org.

Mickey Mouse will travel around the world, visit fans to celebrate his upcoming birthday

A peek inside the Water Ski Experience...